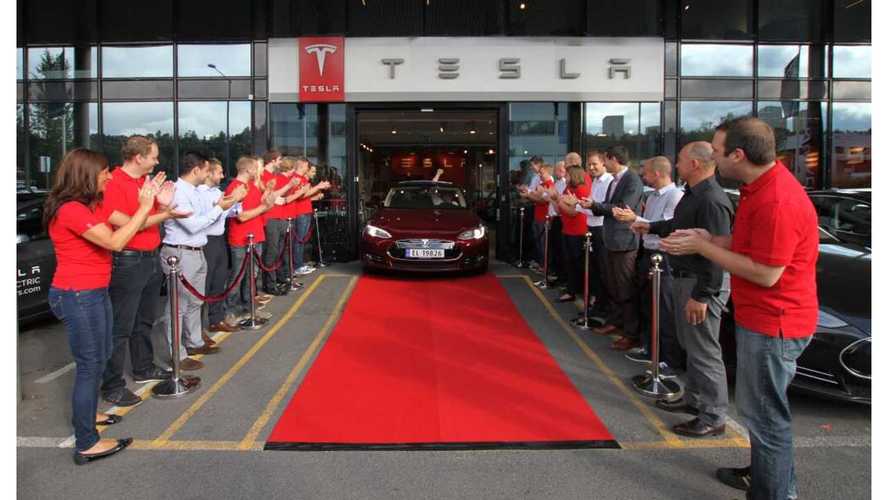 On top of the sales charts in Norway and now leading the EV sales race in Denmark, the Tesla Model S is surely making waves in Europe.

In Denmark, Model S sales in September (the first full month of sales for the Model S there) checked in at 42 units.

The next nearest electric was the Nissan LEAF with 30 sales in September.  Down from there, the Renault Zoe was in third place with 11 sales and the Renault Twizy recorded 1.

Unlike in Norway, where the Model S was the overall top-selling automobile, the Model S is way behind the sales champ, the Volkswagen Up!, which logged 798 sales in September.

Of note, almost all of the top selling autos in Denmark slot into the subcompact or below econoclass (meaning the top sellers are way cheap and tiny), whereas the Model S is far from cheap and it is extremely large by Danish auto standards.