Number of Tesla Fire-Related Deaths Per Year Equals What? 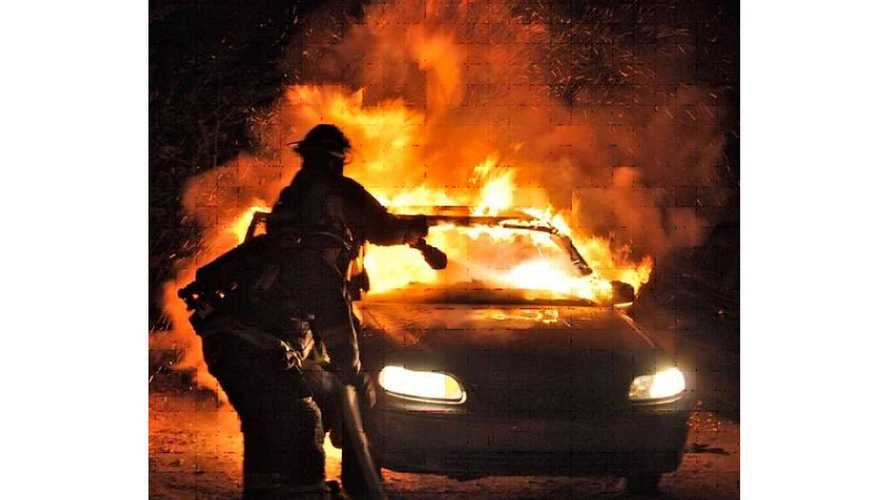 Due to the continued questions of safety surrounding the five fires with the American manufactured  Tesla Model S, it seemed time to address the ultimate measures of safety. Life, and Injury. For this we start with the data

U.S. fire departments responded to an estimated average of 152,300 automobile fires per year in the 2006-2010 time period. These fires caused an average of 209 civilian deaths, 764 civilian injuries, and $536 million in direct property damage.

Of those 4 brands with the most miles driven; the Chevrolet Volt recorded the first famous fire when  obliterated by the NHSTA in a parking lot due to a failure to discharge the battery after crash testing. This would be equal to leaving gas in the tank of a crashed vehicle which NHSTA NEVER does so  we count this one with an asterisk. Of the billion combined miles of the LEAF, Volt, and Ford Energi series, no fires have broken out for customers while parked, driving, charging or collisions of  these plug-ins.

As for the five Model S fires in question, the true cause of one is still under investigation, but with well over 125,000,000 Tesla miles, we would still need 11 Tesla fires to equal the fires of the tried and true Internal Combustion Engine.

One should always strive for complete safety, but does the data not speak for itself when it comes to which type vehicle is the safest?  As for the question of deaths, the Model S received it's first fatality with a stolen Model S that was ripped in half at the end of a high speed police chase in July 2014. The victim was thrown from the vehicle and later died from the injuries suffered in the collision.