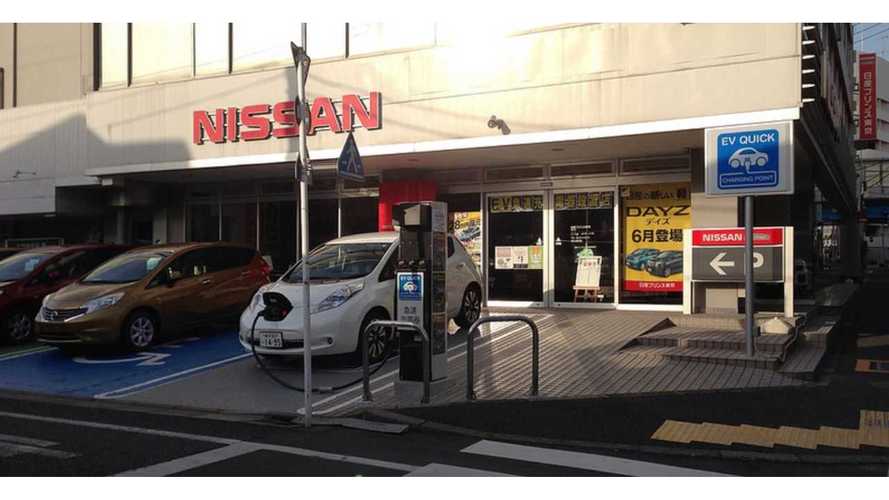 The 2013 Nissan LEAF has been available the longest in Japan, and it appears that the 75 mile EV has experienced its first sales hiccup there, leaving us to wonder if the LEAF's resurgence in the United States might also wane more to historical norms in the coming months.

First introduced to the Japanese market on November 20th, 2012, and on sale shortly thereafter, the 2013 edition of the LEAF was met with basically the same high level of enthusiasm as it was here in the US in March and April.

In the four months before the announcement (July to October of 2012), and subsequent discounting of the 2012 model in the fall, Nissan had sold 2,818 cars in Japan, good for about 700 per month.

However, as Nissan reported sales for March in Japan, sales have returned closer to the historical norm, with only 676 LEAFs sold.

Similarly in the US, the 2012 LEAF was selling around 600 units a month before intense discounting started in the fall of 2012.

And while we still see more demand for the LEAF in May in America, as inventory has yet to make it to eager dealers and customers nationwide, when cars have saturated the market, might we see a result like in Japan?

Could Nissan USA also regress back to selling less than 1,000 LEAFs per month?  Or was the Japanese number just a single month anomoly for some other, less obvious reason?  We hope it is the latter.