Nissan Expands Test of Electric e-NV200 Van into Singapore; Headed to US Next 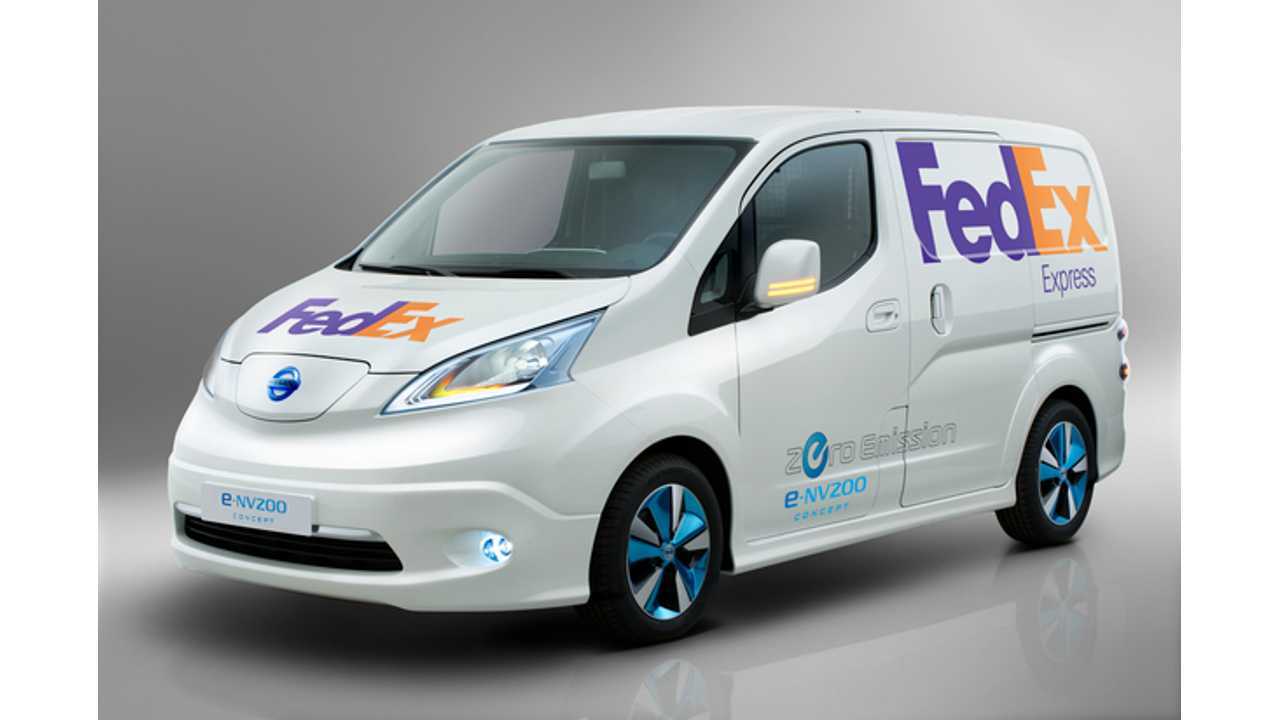 It's headed to the US soon, so why not send it to Singapore first.

Nissan, in partnership with FedEx, have been actively conducting a "field testing program" of the electric  commercial van for some time now.

The previous "fields" used for this real-world testing have been in the UK and Japan.  But now, Singapore will see at least one e-NV200 with FedEx plastered on it for one month.  Initially, the e-NV200 will be used for delivery duties within urban areas of Singapore.  If successful, then the e-NV200 will later be used to transport international air cargo throughout Singapore.

Then it heads to Brazil and to the US for more "field" work.

The electric e-NV200 is scheduled to launch to the public in 2014.  It'll most likely debut in Japan before heading to Europe and then to the US.

The e-NV200 will be familiar to current Nissan LEAF owners.  It's LEAF-powered as we like to say, meaning that the battery pack and electric motor found in the e-NV200 is identical to what you'd find if you tore open a LEAF.

At this time, there's no firm US launch date for the e-NV200, but we do know it's coming here.  Likewise, pricing remains a mystery at this point, as does production volume.