A new year wipes the sales slate clean, and adds some new faces to the charts in the form of the Ford Fusion Energi and the Honda Accord PHEV.

However, the first month of 2013 should have a large (*) asterisk beside it, as multiple supply issues seem to be plaguing  just about all the major players not named Ford or Toyota.

NOTE:  This scorecard is published as soon as the first auto maker reports, and is populated/updated  throughout the day as soon as more data is available 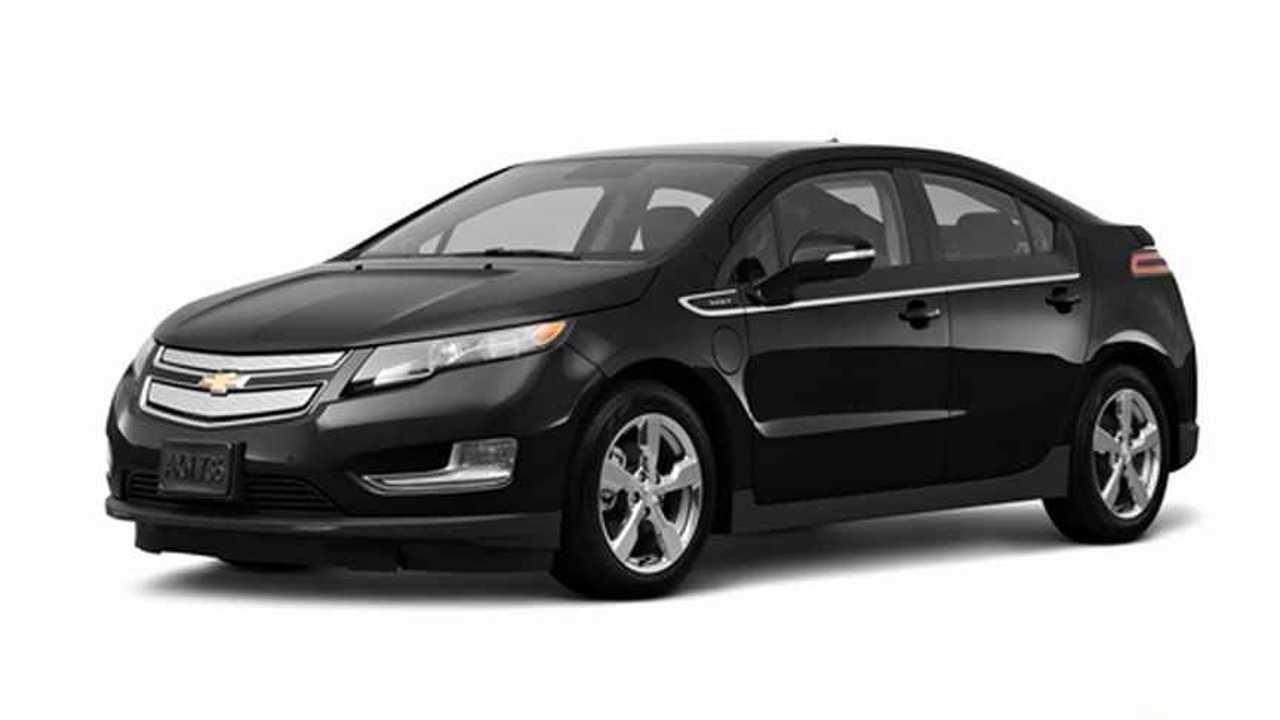 Affecting January's dismal result was a extended shutdown in December over the holidays (Dec 13th to Jan 2nd), which seriously affected inventory levels entering this month.  Illustrating the problem, in December GM sold 2,633 Chevy Volts, but only replenished 1,509.

Next month's result will likely return more to the norm (2,000+), as GM ramped up their Hamtramck facility production and churned out almost 3,000 units (2,949) to replace inventories for February.   Sales PDF can be found here, production report here. 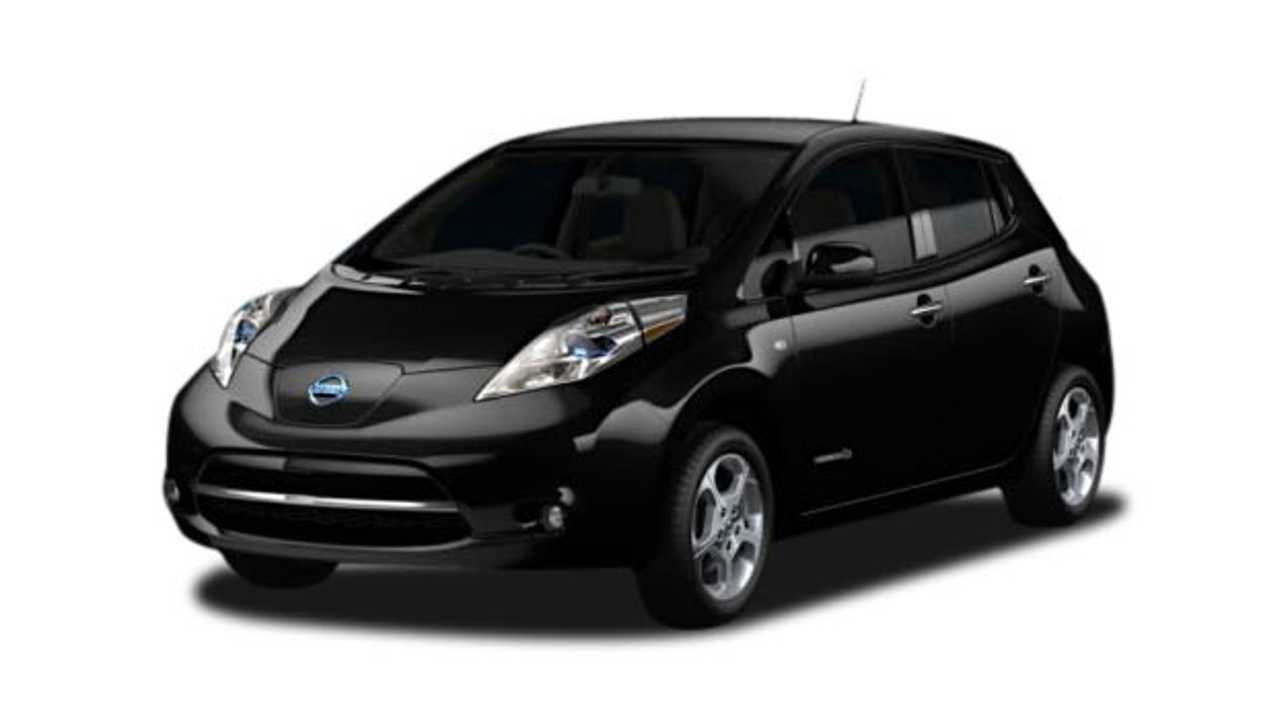 For the first time in awhile, Nissan's monthly result does not reflect customer demand, as the company only had about 900 2012s LEAFs in inventory after moving 1,489 LEAFs in December.

A Nissan exec explained it this way to us, "The current model ’12 Nissan LEAF is approaching a sold-out scenario as we prepare to introduce the upgraded 2013 model, which will go on sale in February."  (read full article here)

Don't expect February to be significantly better, as the first 2013 LEAFs start to trickle out next week, with Nissan telling us that it will likely take well into March to fill the supply chain. 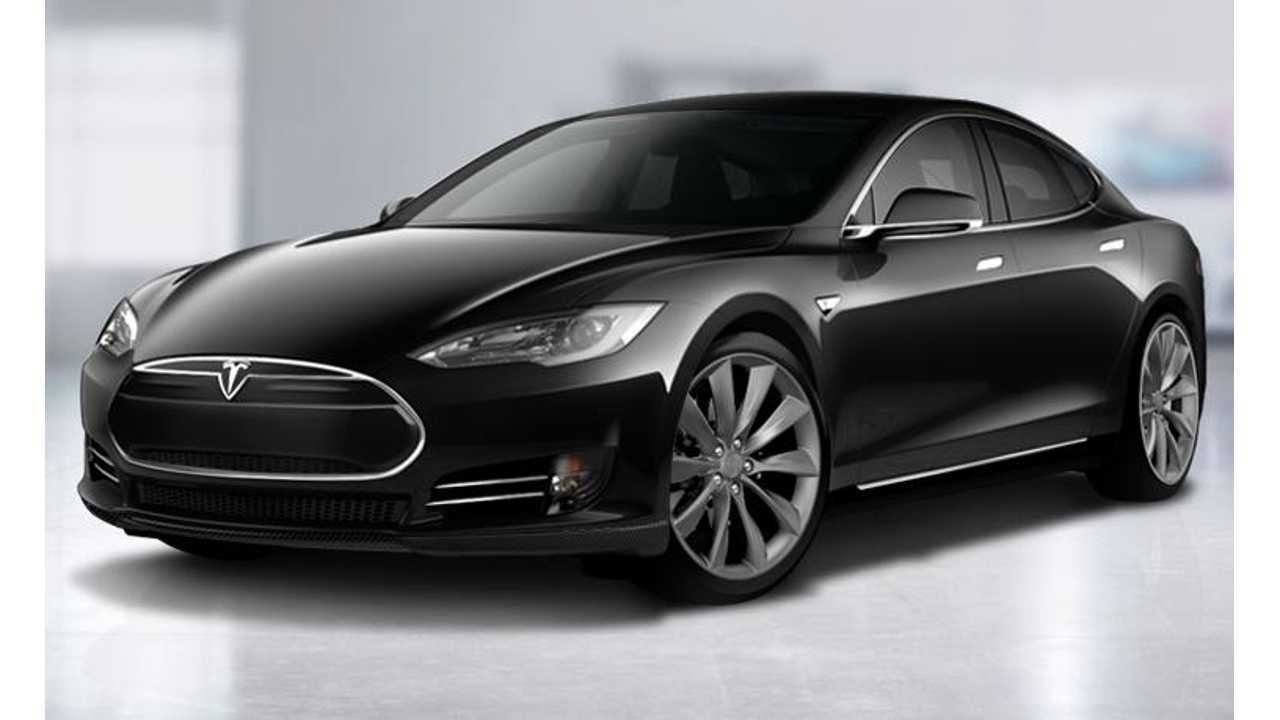 Tesla Model S:  Tesla does not give out exact monthly sales...but they do give a lot of updates, and consumers fanatically track their progress, so we can make a pretty accurate guess.

In an effort to make reduced projections for 2012 sales (2,700-3,335), Tesla sent emails to almost all customers expecting product in January and even February, asking them to  "move up" their paperwork to before year's end to perhaps get their cars early...even if the cars didn't arrive in December of 2012.

Effectively this moved sales from January of 2013 into December of 2012.   With Tesla confirming recently that production is now in full swing at 400/units per week, that leaves a maximum of about 1,600 cars that could be sold per month on an ongoing basis.  We estimate maybe as many as 400 sales were pushing into 2012, leaving about 1,200 to be sold in January 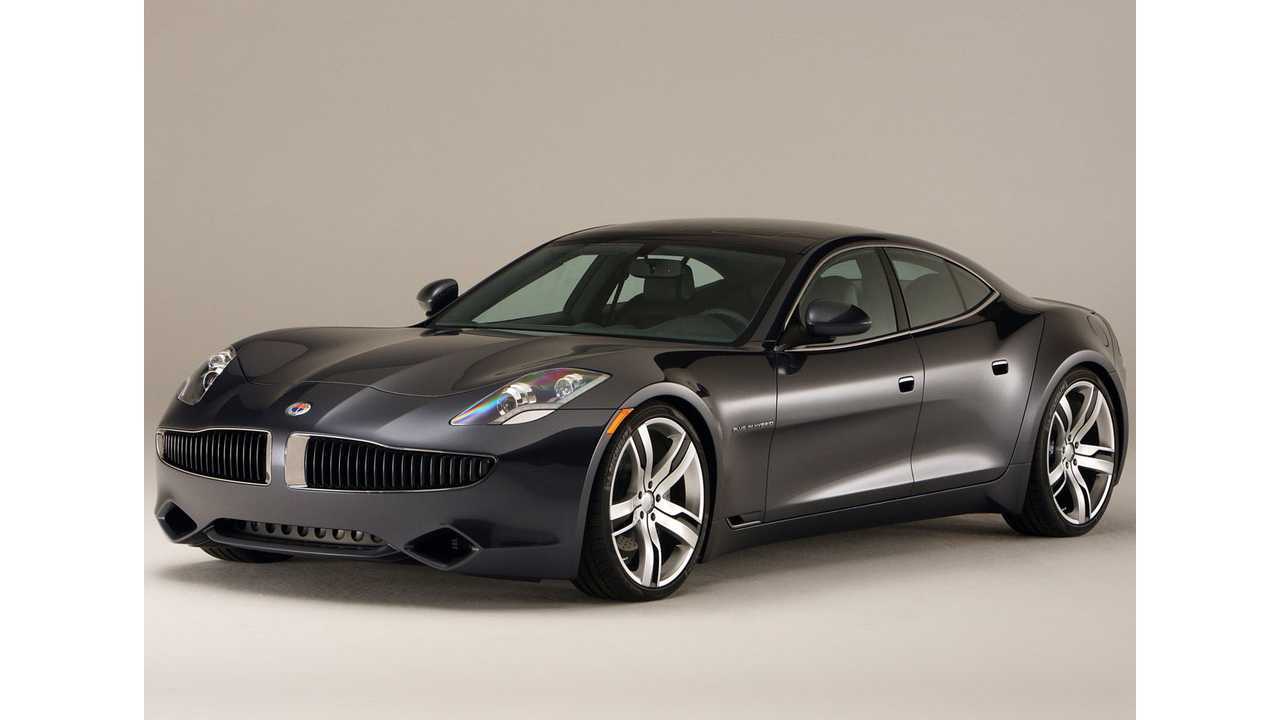 However, that doesn't really matter anymore, since the company hasn't built  anything since  July, and it now being run by the Huron Consulting Group out of Chicago because they can't control their own finances.

After selling a little more than 2,000 Karmas to date, and losing 338 to Superstorm Sandy, Fisker was left with about 300 extended range luxury sedans to sell off worldwide. For the US, inventory dropped from around 140 to 120, and seeing how as they don't build them anymore, we can use our amazing deductive powers to say that Fisker sold about 20 Karmas this month. 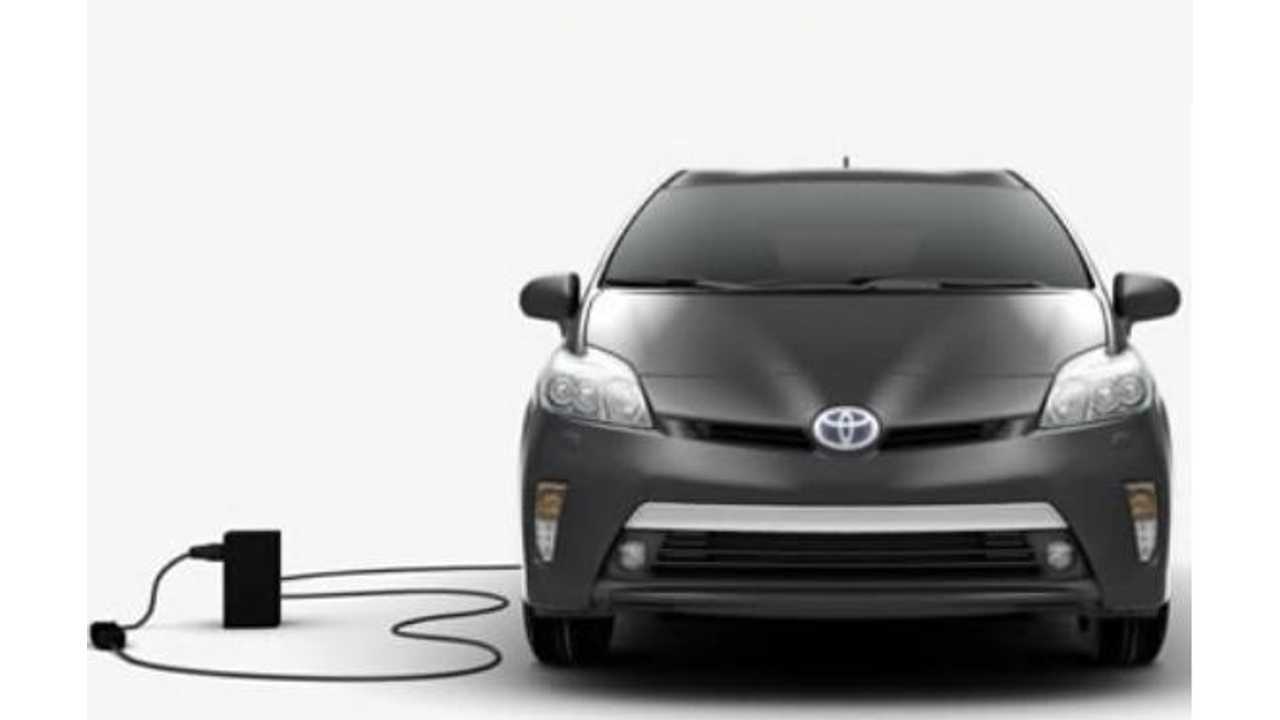 Toyota Prius Plug-In: Despite being one of only 2 plug-in auto makers not feeling a supply issue of some kind, Toyota sold a less than expected 874 Prius plug-ins in January.

In the previous month of  December, Toyota had a relatively strong month, selling 1,361 PIPS.

The Prius plug-in finished 2012 as the second best seller in the segment, with 12,750 units sold. 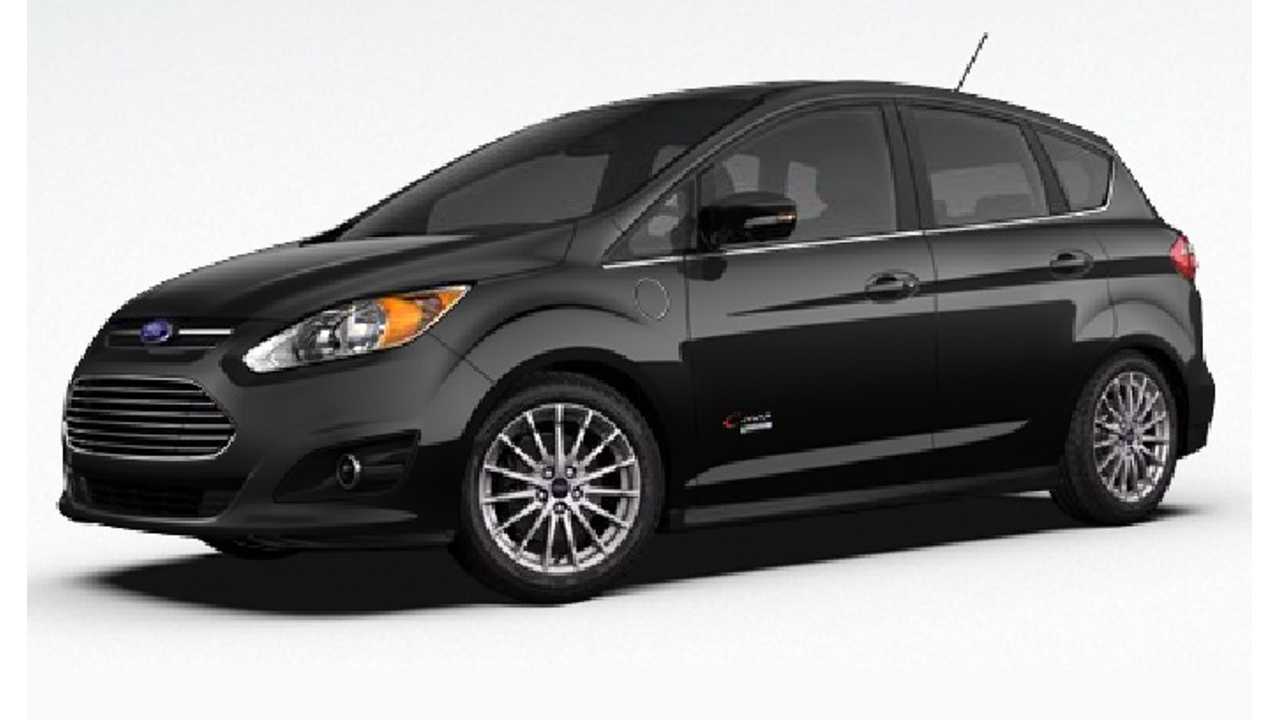 Ford C-Max Energi:In January, Ford sold only 338 units of its plug-in C-Max Energi, as the entire C-Max brand of cars struggled in January.

In December, Ford sold 971 units, down from 1,259 in November, but demand was not the issue either, this month or last, as Ford focus on getting the Fusion Energi to market this month.

Ford entered January with less than 175 on dealership lots. 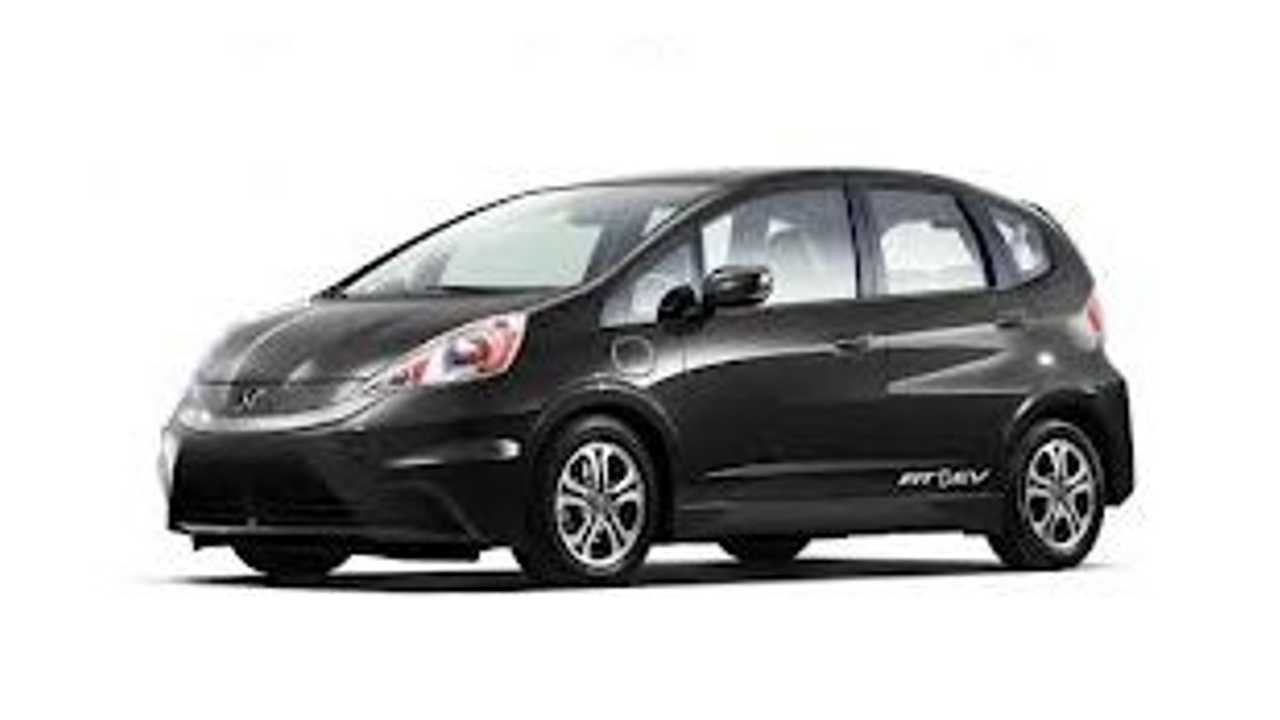 Honda Fit EV: The first month of the year was probably Honda would like to forget, as it was their worst full month of sales ever, as only 8 Fit EVs were sold

The prior month of December was also pretty lackluster as 19 plug-ins were moved.  The all-time high water mark for sales in a month was 26 in November.

Looking ahead, the addition of the Accord PHEV to the Honda lineup, which went on sale on January 15th, may lend some credibility to the FIT EV program (and some new eyeballs) for February. 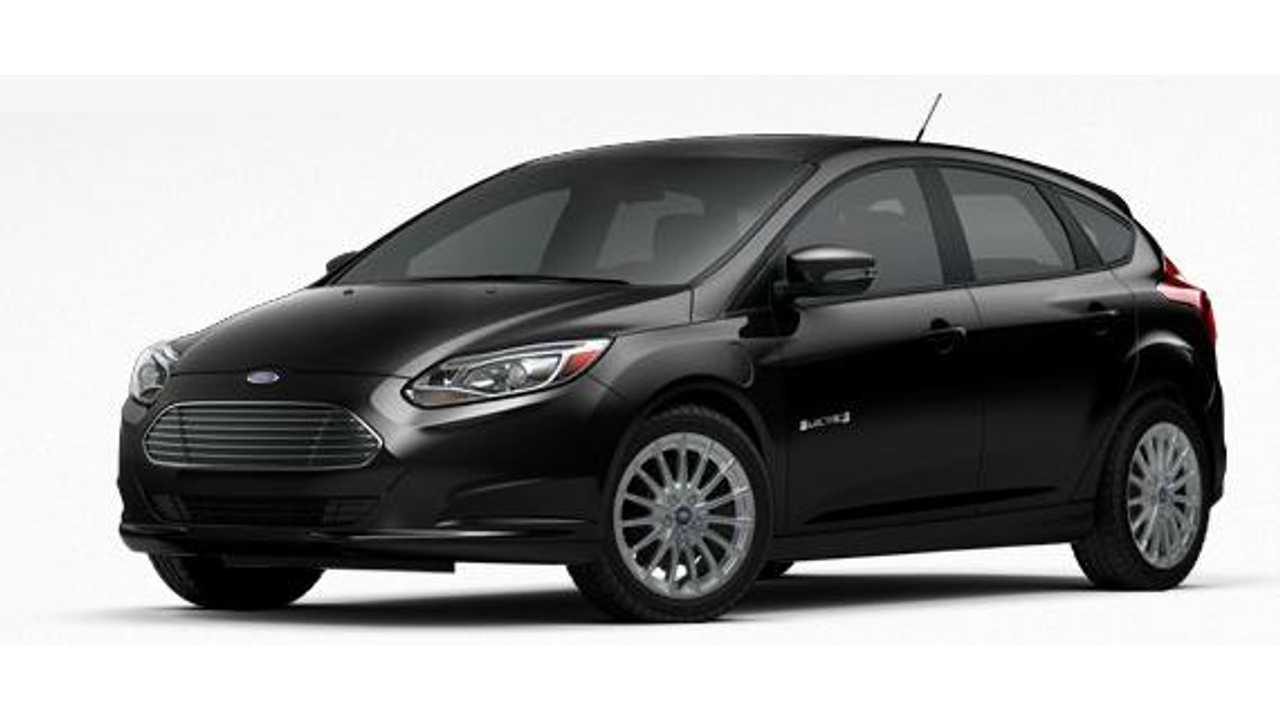 Ford Focus Electric:Down too are sales of the Focus Electric.  In January, Ford sold just 81 of the electric version of the popular Focus.

For December, the addition of the C-Max Energi (and a legion of new dealerships with the ability to sell plug-ins) over the past 2.5 months has certainly helped the Focus Electric, at least initially, as sales have gone from 30-50 per month in late summer, to close to 200 a month in the winter until this month.  In December, Ford sold 167 units. 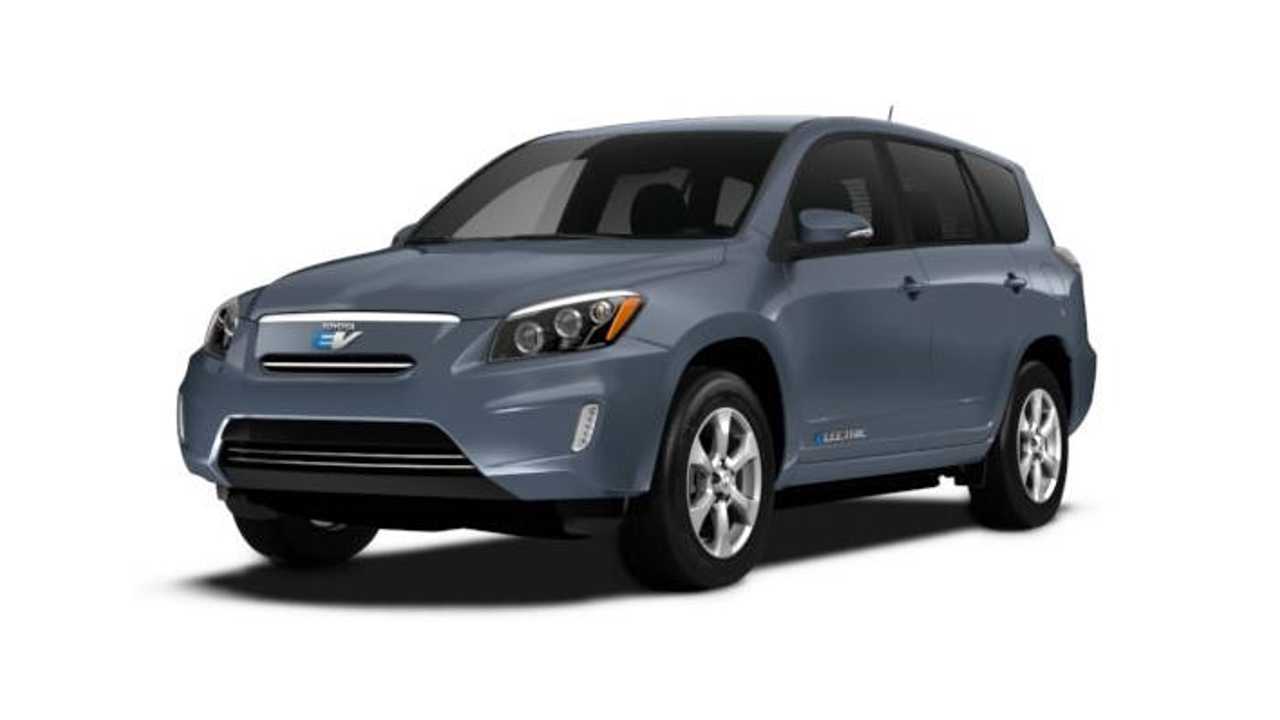 Toyota RAV4 EV:  Unlike with the Prius plug-in, Toyota has a bit of a problem getting people to buy its Tesla-sourced electric conversion of the RAV4.

For January 25 all-electric SUVs were sold.

Late in 2012, Toyota slashed the MSRP on the RAV4 EV by as much as $7,500 to spur sales, however the program was not that big of a success as Toyota ended up still only selling 52 RAV4 EVs in December before trailing off even further this month. 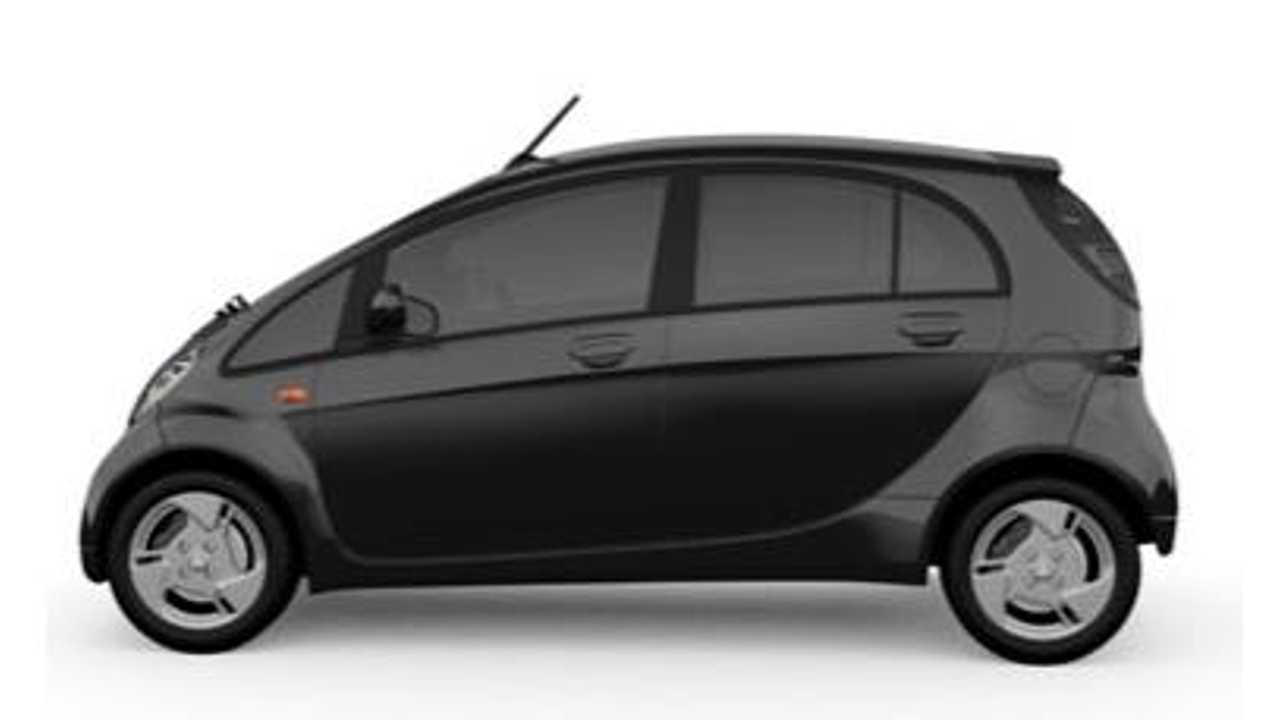 Mitsubishi i-MiEV: Amazingly, in January 257  i-MiEVs were sold (their best result ever) thanks mostly to some heavy discounting (as low as a $69/month lease) .

Mitsubishi's best result last year was only 85 (which was sold in May of 2012), so this was a very significant month for the little Japanese EV. 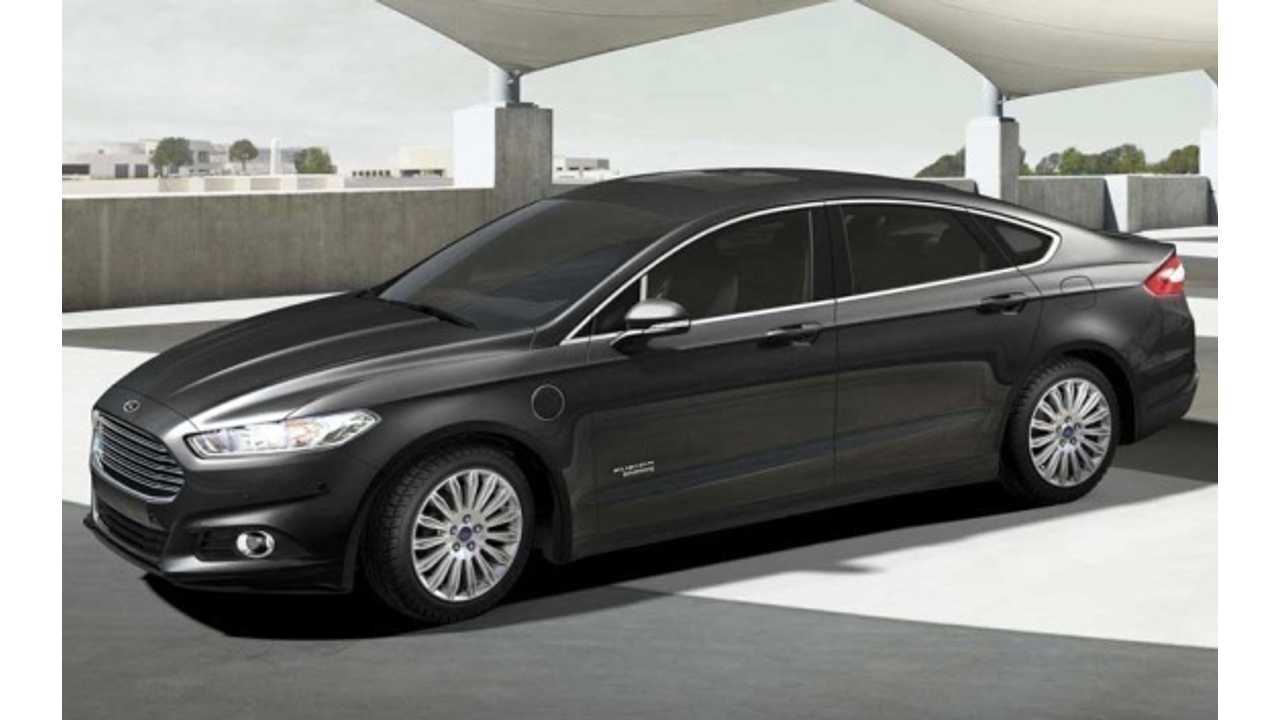 Ford Fusion Energi: Despite some inventory of the Fusion Energi registering at dealerships currently, Erich Merkle, head U.S. sales analyst at Ford Motor Company, replied to our inquiry about the Fusion Energi sales for January with a confirmation that none were sold during the month:

"Sorry,  but I don’t have any Fusion Energi’s to report for January. I will put them in the report when we begin selling them."

As the Fusion Energi starts trickling into dealerships this month, it basically offers the same package as the C-Max Energi but in a larger sedan package.

The third plug-in to be offered from Ford has just been rated by the EPA at a combined 100 MPGe (92 MPGe highway, 108 MPGs city), and has an all-electric range estimated at about 20 miles.

Unlike the C-Max Energi, the Fusion Energi has been priced in-line (and above)  the other 5 Fusion trim levels in the model lineup, so as not to 'steal' sales from itself. This has resulted in a starting MSRP of  $39,495, which we feel is a bit steep. 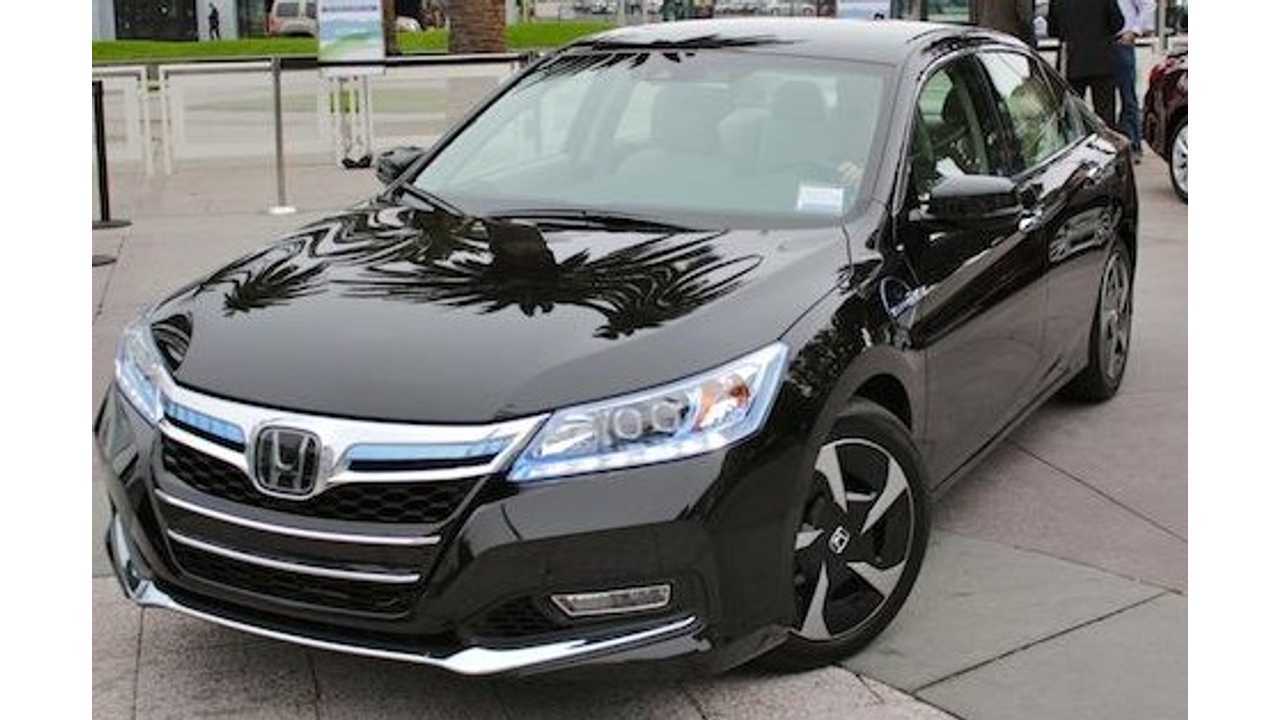 Honda Accord Plug-In:  Even though Honda said their plug-in, extended range EV went on sale in January 15th, there really wasn't any inventory, and only two were sold.