Head Of BMW's i Brand Confident Of Success With i3 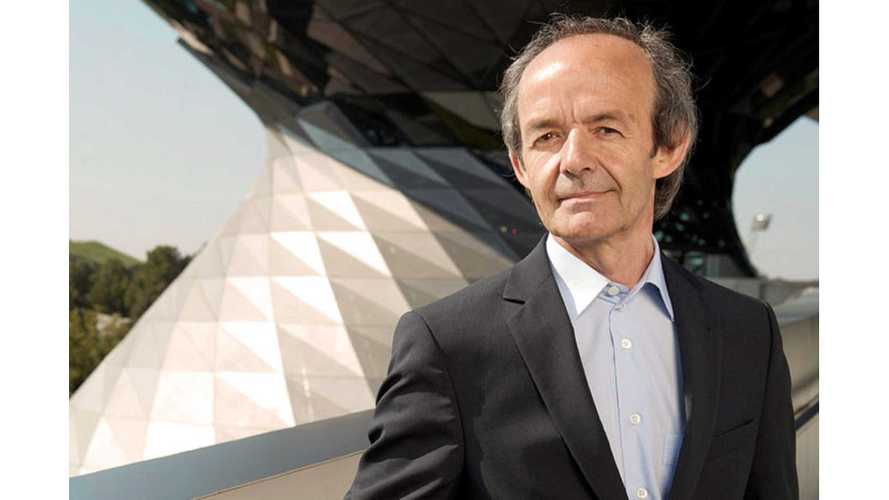 In a few days the public will get a chance in the US to see the i3, i8 and the all new i3 Coupe Concept up close at the Los Angeles Auto Show, and BMW's head of all things electric, Ulrich Kranz,  is confident they will like what they see.

Mr. Kranz recently sat down with Automobilwoche and discussed BMW's i brand, and the company's vision of the future.

The BMW boss of EVs, said that of  the i3,  they are offering something that "has not existed to this point: the first electric car in the premium segment. "

Given this interview was given in Europe, we imagine he is not considering Tesla's US roll-out of the Model S.  (The Tesla Comes to Germany late Q3 of 2013)

"With its driving performance and dynamics, the i3 will generate as much pleasure as a car with a traditional powertrain. Next year, we introduce the regular-production version, and it will reach the market at a competitive price in late 2013."

When speaking of other small electric cars, Mr. Kranz says why BMW has opted to not build mini-cars (not to be confused with MINI that Bimmer produces):

They have clearly been rejected – whether you are in Asia, the U.S. or Europe. Minicars are not considered safe. Customers want to make sure that we are taking care of the environment, but they do not want to do without comfort.

Automobilwoche then tries to get a little creative with the questions and asks, "The i3 is being built in Leipzig, Germany. What capacity are you starting out with?  We have heard that the plant will give your niche model an annual capacity of about 30,000 units."

"We have clear objectives but I cannot cite them for you yet.  It won't be a niche model."

With the i3 Concept Coupe debuting this week, and a rumored i4 concept in the works, Mr. Kranz is asked if BMW's future plans depend on how well the i3 and i8 do in the market.  His answer is simple:

"They will do well."

Clearly BMW is all-in when it comes to building electric cars.

Both the BMW i3  and i8 production is being done at the company's most advanced facility in Leipzig, and BMW says that there is "plenty of space" to add production (and models) in the future to their i brand lineup.