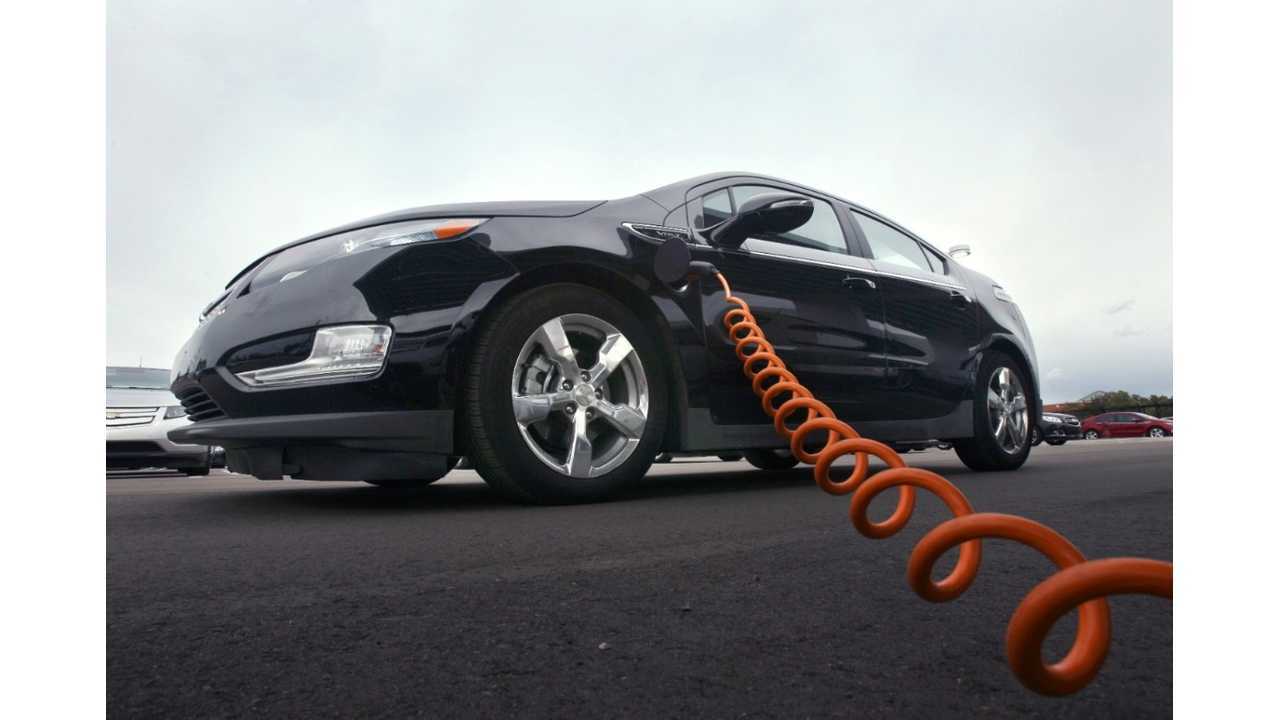 Previously, if someone wanted to know the total amount of energy their Chevrolet Volt was using in a particular day or month, and how much that energy was costing, an owner would have to meter usage from the wall and have a electricity time of day chart (short of having a separate meter and utility account).

All The Charging Data To Satisfy Your Inner Nerd

Now, more than just the 'EV-nerds' will know their Volt's consumption, as OnStar has rolled out an app capable of telling Chevrolet Volt owners how much it costs to charge their battery, and compare the Volt’s energy use with the total energy consumed in their home by day, month or year.

The new app, called EcoHub, will be tested with and available to residents of the Pecan Street demonstration project, a smart grid living community in Austin, Texas.  GM hopes to roll it out nationwide soon.

“For the first time we’re able to put one of our Smart Grid solutions into the hands of actual consumers, thanks in part to our partnership with Pecan Street,” said Paul Pebbles, global manager, Electric Vehicle and Smart Grid Services. “Down the line, we hope this app can be a beneficial tool for all drivers of electric vehicles.”

According to GM, the EcoHub app works by pulling overall home energy usage data, provided by an energy data source, such as a utility or smart meter company. The app also collects Volt charging information from OnStar subscribers and Volt owners who opt in for EcoHub. The energy use data is then aggregated to show vehicle owners exactly how much energy is being used on a daily, monthly or yearly basis, while showing what percentage of that energy went to charging the Volt. Based on electricity rates, the data is broken down to show the cost of both total energy usage and Volt charging energy use.

While the app will be tested with and only be available to Volt drivers in Pecan Street project at first, OnStar hopes to make the app available for all Volt owners in the near future.  OnStar’s Smart Grid research is made possible by the U.S. Department of Energy.

GM produced video on the app below:

Also, on a personal note.  I make an excessive number of trips to Detroit every year (to the chagrin of my family), many times these result in a story about a new GM product, a quote from the company, or an update from the Chevolet Volt's Hamtamck, Michigan facility.  However, if one tracks the chronology of these stories (which no one does), they generally always fall between April and September...and sometimes October.

So, I feel I have a confession to make.  While I am very passionate about the electric vehicles business, my extended coverage of anything General Motors (and occasionally Ford), is a bi-product of my love of baseball.  I played ball as a kid, it let me go to a nice NCAA school despite my living in Canada as a teenager.  My first exposure to the sport came in 1984, when the Detroit Tigers won the World Series.

I know what you are thinking now.  Who cares?  What does this have to do with the price of soup?

Well it gives me an excuse, in a GM/Volt story to selfishly post this silent video from General Motor's Renaissance Center, which is headquartered in Detroit, touting the team's success (and the triple crown for Miguel Cabrera).

The Tiger's postseason kicks off today (Saturday, October 6th) against the Oakland Athletics; and as I wear two hats at InsideEVs (writer and editor), I feel confident in saying readers probably don't need to check back to the site for any breaking news starting at about 6:07 this evening, nor tomorrow (Sunday, October 7th) at around 12:07.