The Ioniq 5 is quickly shaping up to be one of the most desirable electric vehicles on sale.

Automakers such as Ford, VW or Mercedes have been getting closer to making a real comparable Tesla rival, but the Hyundai Ioniq 5 is arguably one of the very best. It has great range, charging speed, tech and performance, as well as the fact that just like Teslas, it is built on a bespoke electric vehicle-only platform called E-GMP, and this too helps make it a star performer.

Before the vehicle debuted, it had created quite a stir and even now after we’ve seen it, it’s still one of the most talked-about and intriguing electric vehicles on the road. Reviewers are slowly getting their hands on it and so far reviews are overwhelmingly positive, just like this one recently uploaded by DrivingElectric from the UK.

They rate it five out of five for its blend of qualities and style, praising it for being reasonably priced for what it offers, they say it looks great in person and it’s reasonably comfortable to drive or be a passenger in. The only points of criticism they found had to do with the lack of a rear wiper, the ride that was deemed ‘fidgety’ over bumps, as well as the fact that there are still longer range rivals out there.

However, they argue that the Ioniq 5 makes up for its not-best-in-class range by its remarkable ability to quick charge. It is also praised for the design and quality of its interior, this being marked as one of the best things about the vehicle.

One equally important aspect, although one that is not easily quantifiable, is also a vehicle’s presence and how you are perceived when you’re driving it. The Ioniq 5 is comparable to a Tesla in many ways, but its image couldn’t be more different, and this is surely to be one of the selling points in a world where Teslas are becoming extremely common vehicles in some areas.

More on the Ioniq 5 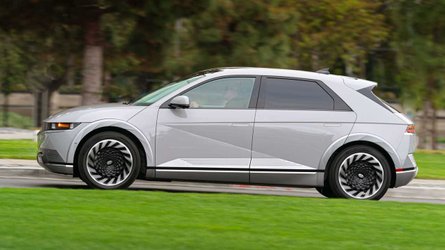 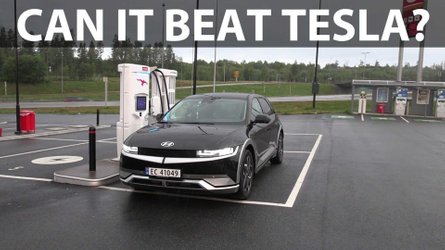