It still impresses the reviewer, though, in spite of the snowy, sleety mess that he had to drive it through.

Ford may have shown the Mustang Mach-E well over a year ago, yet automotive journalists are only now just being allowed to experience and rate the vehicle. So far it seems to be doing quite well, racking up numerous positive reviews, from both Europe and the United States.

This video is Jonny Smith’s review for his YouTube channel now called The Late Brake Show. Jonny confesses he isn’t really into crossovers and SUVs, but he understands why the market is going crazy for them right now - they are good practical propositions, even if they make compromises in many areas that would not please a driving enthusiast.

He especially likes the Mach-E because it’s not really an SUV, but more of a tall fastback/crossover with slightly raised suspension. And this translates into remarkably good road manners, making the car feel sporty and deserving of the galloping stallion badge. It's definitely a great first real attempt by Ford to create a mass market EV that is of the times.

Here's what we thought of the Mach-e 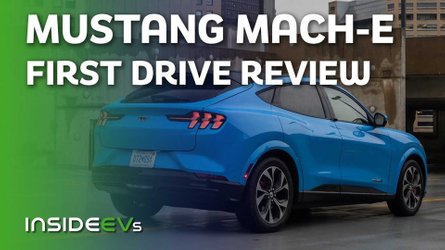 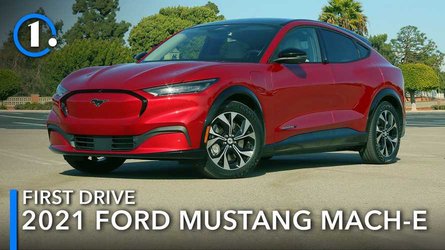 He also compares it to similar offerings from Mercedes-Benz (the EQC) and from Audi (the e-Tron), but concludes that the most similar model currently on sale is actually the Jaguar i-Pace. Just like the Ford, the Jaguar is quite fun to drive and sporty feeling, although he says he does prefer the i-Pace over the Mach-E.