Oddly, an American automaker is at the heart of China's historic shift.

Posted on EVANNEX on December 10, 2020 by Charles Morris

A batch of 3,600 brand-new Tesla Model 3 sedans, sporting white protective film front and rear, recently rolled off a towering ocean-going car carrier at Zeebrugge Port in Belgium. Xinhua (via CCTV) reports that, after a month-long journey from Tesla’s Shanghai Gigafactory, the new EVs are now on their way to buyers in Germany, France, Italy, Spain, Portugal and Switzerland. Of course, the massive ships disgorge automobiles at Zeebrugge on a regular basis, but this particular shipment (a second is soon to follow) was a momentous one not only for Tesla, but for China.

Above: A 'Made in China' Tesla Model 3 (Twitter: Tesla Greater China)

China has long coveted a seat at the top table of the global auto industry, but its attempts to export cars to the US and European markets met with no success until the advent of electrification. The rapid growth of China’s EV industry (strongly supported by government policy), combined with the legacy automakers’ lack of interest in selling EVs, has given the Chinese a historic opportunity, and they’re making the most of it. A shipment of 300 EVs from automaker Xpeng recently arrived in Norway, and more are on the way.

For the last couple of decades, global automakers have seen China as a massive market where they could sell their wares. Now vehicles are starting to flow in the other direction, and it seems probable that China will evolve into a major auto exporter. Loup Ventures estimates that, eventually, Chinese automakers could account for more than 15% of total global (outside China) car and truck sales, up from around zero today.

Oddly, an American automaker is at the heart of this historic shift.

Tesla VP Tao Lin called the recent delivery a “milestone” for the Shanghai Gigafactory, and said that the plant will export more and more China-made Teslas as it expands its production capacity. “Our vehicles are fully compliant with local standards throughout the European market,” he said.

The global pandemic has given a short-term boost to China’s exporters. As supply chains in Europe and other regions have been disrupted, China, which has largely recovered from the disaster, has stepped into the gap. After a brief shutdown in February, Tesla was able to swiftly resume production in Shanghai, laying the groundwork to begin exporting vehicles.

“China has a particularly advanced digital infrastructure, which in many cases helps companies increase their resilience amid the pandemic,” said Tao, adding that Tesla’s Shanghai plant has shared its experience in COVID-19 prevention with the company’s other plants by means of a manual of safety procedures called the “China book.”

“The production of Model 3 has reached exactly the capacity for which the Shanghai plant was initially designed,” Tao said, adding that Model Y will begin deliveries to Chinese consumers in the first half of 2021.

Tesla has also just announced plans to build a new factory to build Superchargers in Shanghai. The new facility is expected to go online in the first quarter of 2021, and could eventually produce 10,000 Superchargers per year.

Tesla needs China—the automaker is counting on massive sales in the world’s biggest EV growth market to help it achieve its goal of increasing global delivery figures by 40-50% annually over the next decade. However, Loup believes that China needs Tesla as well.

In 2018, China eliminated the requirement for foreign automakers to establish joint ventures with local companies, which enabled Tesla to build its Shanghai Gigafactory. Now, oddly enough, Tesla is considered a local automaker, and is entitled to the same incentives and government support as any homegrown auto brand. Why did China change its policy? According to Loup, the answer is that China’s EV industry needs Tesla to help it seize a leading role in the electrified auto market of the future.

Loup’s Gene Munster and David Stokman eloquently sum up the situation: “Chinese officials are well aware of two emerging factors. First, the auto industry will eventually go 100% electric, and second, the vast majority of established automakers outside of VW and GM are lagging when it comes to EV tech. Herein lies the entry point to boost China’s EV industry at the core: attract the global leader in EVs and let that company invest in China-made battery tech, support local parts makers, and most importantly, hire Chinese talent and let them learn from the best. Eventually, these employees will leave Tesla and start their own EV companies, join Chinese auto parts makers, or pair up with OEMs like BYD, GAC, and Nio.” 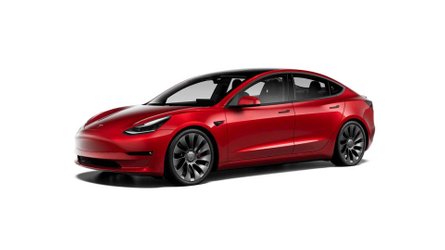 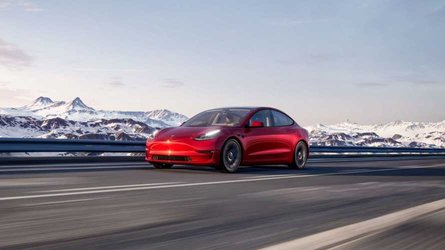 Once again, we see that Tesla’s global strategy serves its long-term goal of electrifying the world’s transportation system. A similar process of technology transfer will take place in Germany, and wherever else Tesla decides to build Gigafactories. Some “America First” types may not like the idea of sharing our secrets with an autocratic rival such as China, but climate change doesn’t respect boundaries, and we need to get all the best minds in the world working on solutions. Furthermore, if we want to see American companies get a bigger slice of the automotive pie (an outcome I would be happy to see), then we need to get serious about accelerating the shift to EVs, as China and Europe have done.