It Seems Tesla Is Tempting Used-Car Shoppers To Buy New 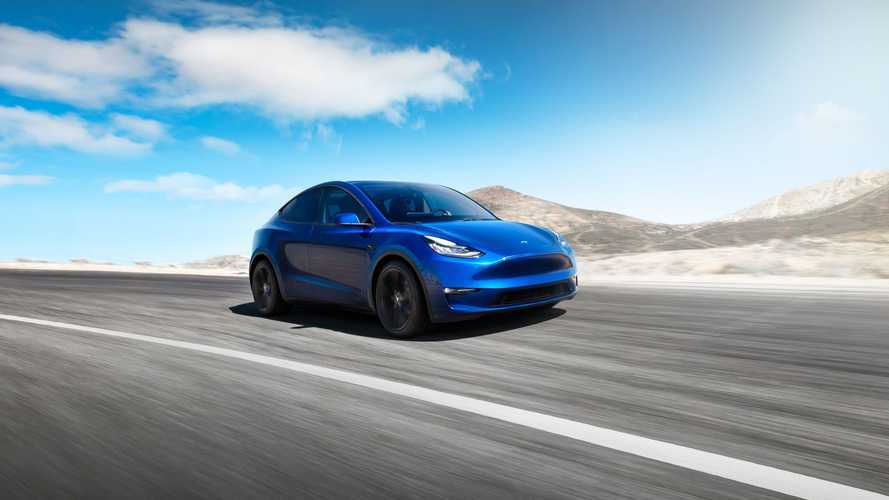 Some evidence points to used-car buyers changing things up and taking the 'Tesla Stretch.'

Posted on EVANNEX on August 09, 2020 by Charles Morris

The legacy automakers often make the erroneous assumption that the electric vehicle market is separate from the rest of the auto market. The way this story goes, there’s a subset of car buyers called “EV buyers” (presumably overlapping with the kale and granola market segments), and EVs should be marketed only to them.

Tesla has proven this self-defeating idea wrong time and time again. To give one entertaining example, Mercedes got an embarrassing lesson back in 2017, when it decided to gauge consumer interest in EVs with an informal survey that asked drivers if they would consider switching to an electric car. Most of the several hundred responses were from Tesla drivers, and many said they were former Mercedes customers.

It’s undeniable that many Tesla owners had never considered buying an EV before Tesla redefined the concept. The data also shows that Tesla’s superior features and performance are inspiring many buyers to trade up, spending much more than they’ve ever spent on a vehicle before.

There’s even a name for this phenomenon: the Tesla Stretch. In 2018, Tesla said that more than half the trade-ins for the Model 3 were vehicles priced below $35,000. Drivers who were in Nissan Altimas and Honda Accords have somehow found a way to justify almost doubling their car-buying budgets. Some even argue that Tesla is one of the causes for the plunging sales of the once-mighty Toyota Prius (annual US sales of the Prius family peaked in 2012 at 237,000, and fell to 88,000 in 2018). In fact, the Prius was the top model buyers were trading in for a Model 3 in 2018, and even Toyota execs have admitted that they’ve been losing sales to the Californian upstarts.

Lately we’ve been seeing some anecdotal evidence that even used-car buyers have been taking the Tesla Stretch. When discussing car prices, it’s easy to forget that the majority of sales are used vehicles. According to Statista, annual sales of used cars in the US tend to be at least double those of new cars. Many of the used-car buyers are people who have never even considered buying a new vehicle.

Even for drivers who could easily afford to buy new, there are sound economic reasons not to do so. As the old saw has it, a new car loses 10% percent of its value the minute you drive it off the lot. Carfax confirms this, and adds that a typical vehicle can be expected to depreciate by 20% in the first year, and another 10% every year after that. Today’s cars are highly dependable, so there’s little risk in buying a car that’s two or three years old. From a financial standpoint, that’s the most sensible thing to do, at least for cash buyers.

There are millions of drivers who do just that, buying a lightly used car every few years, and scoffing at the silliness of buying new. However, a different dynamic is developing. Some of those smart shoppers are tempted by Tesla and they’re finding that (as always seems to be the case with the California carmaker) the usual rules don’t apply.

When it comes to Tesla, there are a couple of strong disincentives to buying used. First of all, Teslas have been maintaining their resale value amazingly well. A 2018 study found that Model S held its value far better than other brands—after 50,000 miles, a typical Model S lost around 28%, compared to an average of 38% for competing luxury sedans. A more recent study found that Model 3 retained almost 90% of its value after three years—better than most vehicles, and many times better than other EVs.

In fact, analyzing over 4.4 million new and used cars sold from March through June 2020, iSeeCars.com found that, "the fastest-selling used cars include three Tesla models led by the Model 3." Furthermore, "Tesla tops the [top10] list with the most vehicles with three" — including the Model S, 3, and X. According to the report, "All used Teslas are attractive buys thanks in part to over-the-air software updates, which help keep the vehicles current."

That’s good news for Tesla owners, and for Tesla, but it’s a downer for used-car fans. Browsing for lightly used Teslas can be a frustrating experience—in some markets, they're sold quickly, for almost as much as new models. (In a few scenarios, used Teslas have actually sold for more than new ones. In 2013, when Model S was first introduced to Norway, impatient car guys were willing to pay a premium of as much as $20,000 rather than wait for delivery.)

One commentator, writing in Forbes last November, ran the numbers, and found that buying a pre-owned Model 3 was “a losing proposition.” The few dollars you’ll save isn’t worth sacrificing part of the 4-year/50,000-mile warranty, and not being able to choose the options you want.

Sure, you can buy a used Model S in the $30k range, but now you’re talking about an older car with plenty of miles. Most experts expect EVs to be more dependable than ICE vehicles but many buyers are understandably hesitant to take a chance on a new technology without the security blanket of a new-car warranty. Also, more expensive cars cost more to repair. Once the warranty runs out, if something breaks, you won’t be repairing a $30,000 car, but a $75,000 one. And finally, it has to be said that earlier Tesla vehicles had some well-known dependability and fit-and-finish issues. Most people will expect a new Model 3 or Y to be a much better vehicle than a five-year-old Model S, and they’ll probably be right.

So, if you’re a middle-income buyer who’s always bought lightly used vehicles, but you want a Tesla, there are good reasons to change your policy, and buy new. Is there any actual data to indicate that this is happening? Well, no. Tesla tells us what models it’s been taking as trades, but there’s no way to know whether the drivers trading them in bought new or used. And anyway, the kind of savvy buyers we’re talking about aren’t likely to trade in their cars—they’ll get more money selling them on the individual market.

However, to quote Herman Melville, “after embattling his facts, an advocate who should wholly suppress a not unreasonable surmise...such an advocate, would he not be blameworthy?” We can’t prove that substantial numbers of used-car buyers are opting for new Teslas, but it’s reasonable to surmise that some are doing so, and I am personally acquainted with a couple who have.

Despite all the evidence, some pundits continue to insist on the “EV market” fallacy. Commenting on TSLA’s recent run-up, one skeptic asked, “What will happen when Tesla finally sates all the demand for its electric vehicles?” With all due respect, Mr. Bear, the scenario you envision has already happened (the “EV buyers” all bought EVs a few years ago, as Mercedes belatedly learned), and Tesla has moved on from there. EVs are now steadily converting new groups of buyers, people who hadn’t previously considered going electric.

A deeper thinker once surmised that there will be no single dramatic “tipping point” for electric driving, but rather a process of various demographic groups (aka target markets) being won over to EVs one by one (as has happened with other new technologies). Tesla won over the greenie and techie early adopters long ago, then conquered the luxury market, and is now performing the impressive feat of winning buyers from the mid-priced market with vehicles that are hardly mid-priced. If Tesla really can convince even penny-pinching used-car buyers to pay 50 grand for a new car, then Elon Musk can truly say that he has achieved his goal of building “not just the best electric cars, but the best cars.”