They're like the complete opposite of the vocal Tesla short-sellers, pushing back against Tesla detractors.

It's difficult to find in-depth interviews with Elon Musk in the mainstream press anymore. Even a quote from him in the world's most prestigious publications is relatively rare. However, a smart, young group of Tesla investors, often vocal on Twitter, seems to have earned Musk's trust. The team behind the Third Row Tesla podcast has released hours and hours of exclusive interview footage with Elon recently. 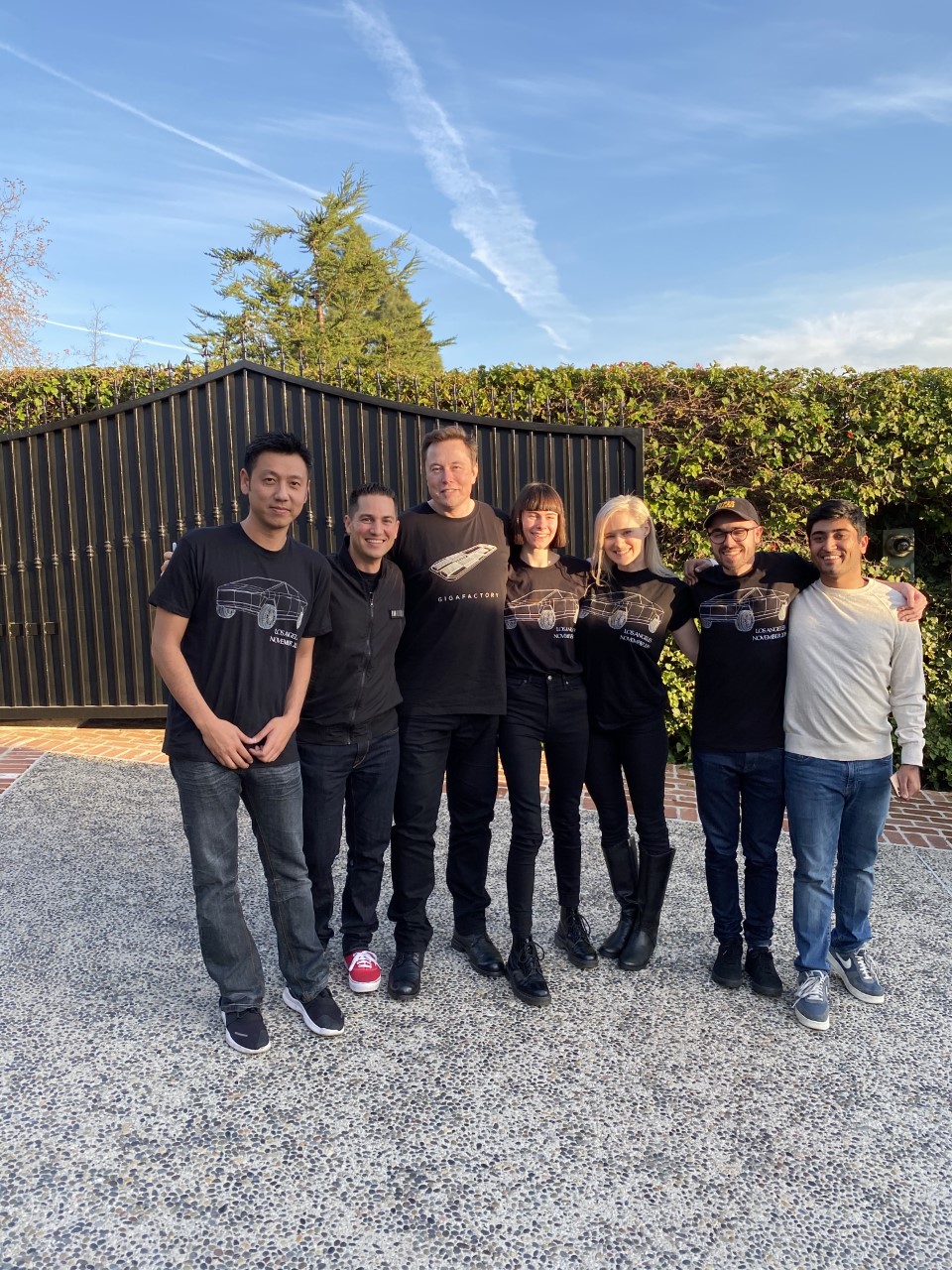 Above: The team from the Third Row Tesla podcast with Elon Musk (Photo: Sofiaan Fraval)

Vivien Hantusch, a student in Germany who studies product design, flew in from Düsseldorf to California to attend the interview with Elon. “[Tesla] was the first stock I ever invested in... I felt I had to support the company, especially [given] the short sellers,” she explained. “I don’t do this to get a profit or a job, I do this because I love the company.”

How did they gain this kind of unfettered access to Elon Musk? According to the Financial Times, "they recorded an episode with Mr Musk in one of his houses, the former home of Gene Wilder on the slopes of Bel Air in Los Angeles. Mr Musk [even] brought his dog, Marvin the Martian."

“That was so cool," explained Sofiaan Fraval, a software engineer in Santa Barbara, California, who produces the podcast and also owns a Tesla and stock in the company. Musk also casually called in to their show recently to chat with Tesla teardown expert Sandy Munro. In turn, the Third Row Tesla podcasters have uncovered scoops (and unique insight) into Elon Musk's POV.

Earlier this week, after Tesla's Q1 earnings call, Elon Musk followed up with a stream-of-consciousness tweetstorm — largely taken out of context by the media (and many others on social media). Unifying Elon's disparate tweets into a coherent narrative, Third Row Tesla provides some much-needed perspective and context.

FT reports that this small group of retail investors represent a tiny sample of the "global Tesla fan base who own[s] the electric car maker’s stock and champion the views of Mr Musk online. They also fight back against Tesla detractors, like the short sellers that have sparred online with Mr Musk for years."

"In nurturing this group of supporters with daily tweets and face-to-face meetups, Mr Musk has struck a chord with his customers and retail shareholders. In the process, he has built an arsenal of defenders that amplify his views online and take up arms against critics," reports FT.

Some of the most vocal critics are often high-paid Wall Street analysts at big banks. Earlier this year, Musk said that many retail investors actually “have better insights than many of the analysts." Are some of these old names on Wall Street still missing the big picture with Tesla?

Another member of the Third Row team, Galileo Russell, has a dedicated YouTube channel with an emphasis on Tesla investing called HyperChangeTV.  “I think the Wall Street complex is crumbling,” Russell said. “People don’t listen to analysts any more because they were wrong on one of the biggest, most disruptive companies in this era, potentially in this whole century.”