These 11 U.S. States Have Highest Green Car Adoption - Plus Plug-In % 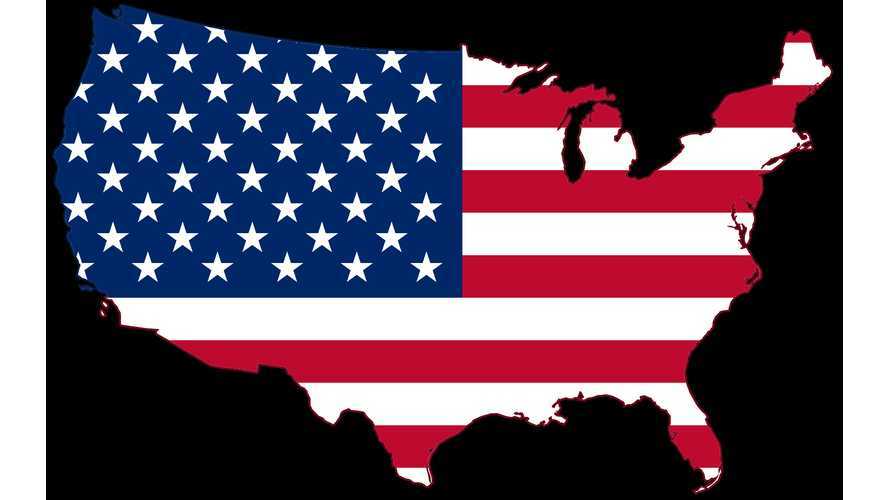 Some states are far head of others when it comes to green car adoption in the U.S.

Yes, we realize green doesn't necessarily mean plug-in, but in this case, the greener the state, the more likely it is to plug in, you'll see why we say that soon.

So without further adieu, here are the Top 10 green car adopting states in the U.S.

No surprise California is in the #1 spot. The Chevy Bolt was the plug-in sales leader there for all of 2017. And 42.5% of all of those green car sales were plug-ins.

1/3 of the green cars sold in Washington plugged in.

Standard hybrids outnumbered plug-ins by 2 to 1 in Oregon.

In Hawaii though, 60% of those green cars plugged in.

Maryland showed 29% of the green vehicles as plug-ins, while in Utah the percentage was 27 and Virginia showed just 16%.

But if you look at this, you may be shaken up a bit:

Note that Alaska is showing the greatest growth, likely due to an influx of available plug-in hybrids. Alaska is not an ideal state for pure electric cars, though some are certainly on the roads there.

Of course, there are states defying the trend, too:

There's some background info that goes with all of this too:

With the future of the automotive industry becoming increasingly green, iSeeCars released a new study ranking U.S. states in their green car adoption and growth rates from 2014 to 2017. California has the highest green car adoption rate, while Alaska shows the most growth.

iSeeCars.com analyzed over 22.5 million new and used cars sold in 2017 (and over 17.8 million cars sold in 2014) to determine which states have the highest percentage of alternative-fuel vehicles (defined as hybrids, plug-in hybrids, and electric vehicles), and which states had the largest increases in green car adoption from 2014 to 2017. Overall, only 2.6 percent of vehicles sold in 2017 were green vehicles compared to the 2014 national adoption rate of 1.7 percent.

Known for pioneering the sustainability trend, California fittingly has the highest percentage of eco-friendly car sales—7.5 percent of its vehicles were alternative-fuel, almost three times the national average. Also recognized as trend-setters for sustainability practices, California’s West Coast counterparts Washington and Oregon respectively are in the second and third positions on the list.

Rounding out the top five are fourth-ranked Hawaii and fifth-ranked Vermont, a state known for being environmentally-friendly.

“When considering the country’s most sustainable states, Hawaii does not immediately come to mind,” said iSeeCars.com CEO Phong Ly. “However, that perception is changing due to an aggressive sustainability plan which includes incentives for green car buyers such as free parking and exemption from high-occupancy vehicle lane restrictions.”

Also appearing on the list were additional states with appealing eco-friendly car incentives including Maryland, Massachusetts, Virginia, Colorado, and Arizona. Maryland offers state-based credits based on the vehicle’s battery capacity as well as an excise tax credit and rebates for installing EV charging stations. Massachusetts offers rebates for both buyers and lessees as well as grants to businesses who offer charging stations to employees. Virginia drivers with fuel efficient vehicles can forgo the emissions test required for initial registration and renewal and have unrestricted access to certain carpool lanes. However, many of the carpool lane restrictions only apply to vehicles registered in Virginia before 2011, but those who replace their previously eligible vehicles with current eligible vehicles can continue to take advantage of these incentives.  Colorado offers income tax credits for electric vehicle buyers and lessees and funding for up to 80 percent of home charging stations, as well as unrestricted HOV lane access and exemption from emissions testing. Arizona provides reduced license fees, a tax credit for EV charging installations, increased parking privileges, and carpool lane access.

Utah also made the list despite the expiration of its incentives at the end of 2016.

Alaska is the most-improved state, with a 144 percent increase over 2014, when it had the nation’s sixth lowest green vehicle adoption rate. Meanwhile, California had the highest adoption rates over both periods, but still has the fourth highest improvement.

Vermont earns the second spot on the list for its 127 percent improvement rate, again supporting its reputation for being environmentally friendly. Interestingly, both Alaska and Vermont, the states with the top improvement rates, do not offer any statewide incentives for green car buyers or lessees. While residents in Vermont are likely to purchase green vehicles as part of the state’s eco-friendly culture, Alaskans may opt to purchase these vehicles to offset the state’s gas prices which are among the highest in the nation. Despite no statewide incentives, residents of these states are still able to take advantage of a federal tax credit that is commensurate with the size of the vehicle’s battery.

The other non-contiguous U.S. state, Hawaii appeared third on the list showing that the state’s incentives are effective in enticing residents to purchase green vehicles.

Despite widespread gains of green vehicle purchases across the country, five states defied this trend and saw a decrease in eco-friendly vehicle sales.

“The decline in green vehicle purchases could be attributed to a decrease in gas prices and state financial incentives that are either non-existent or not enticing enough,” said Ly.  “Arkansas and South Dakota don’t offer any incentives for alternative fuel operators, while Oklahoma saw a decrease in buyers despite generous tax credits.”

South Carolina’s hybrid and electric vehicle tax credits expired in 2017, which could have contributed to the state’s declining rates.

“As green cars increase in popularity, consumers will continue to be faced with more buying options,” said Ly. “Those looking to purchase an eco-friendly car should do their research to see what incentives are available as well as which vehicle type makes the most sense for them.”

iSeeCars.com analyzed over 22.5 million new and used cars sold in 2017 and over 17.8 million cars sold in 2014. For each U.S. state, the number of alternative-fuel “green” vehicles (hybrids, plug-in hybrids, and electric vehicles) sold was expressed as a percentage of the total number of vehicles sold in the state. States were ranked by their percentage of green vehicles in 2017, as well as the percent improvement seen from 2014 to 2017.