Chevy Volt Owner Buys A Model 3, Says He Was Wrong About Tesla

The Tesla Model 3 was his cure for range anxiety.

Electric vehicle advocates have often said that plug-in hybrids are the "gateway drug" to all electric driving. Many people want to go electric but are initially scared at possibly being stranded with nowhere to charge. A long range PHEV such as the Chevy Volt gives drivers the opportunity to experience true electric driving with the security of a backup engine.

More About the Tesla Model 3 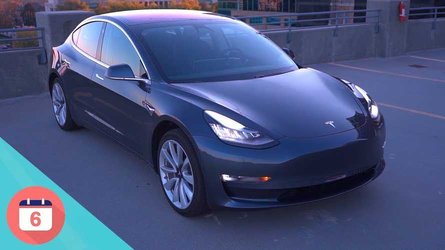 Tesla Model 3: Top 6 Features After One Year Of Ownership
⠀ 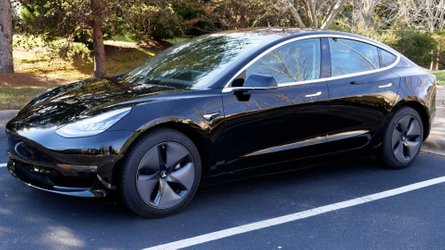 Tesla Model 3 Review: It's A Love This, Hate That Kind Of Car: Video

This is one of the main reasons YouTuber Jeremy Judkins purchased the Chevy Volt over a Tesla Model 3 or other BEV. Like many first time plug-In owners, Jeremy had a pre-existing condition: range anxiety. "What happens when you run out of battery? You're gonna get stranded. What are you gonna do?"

So the Volt seemed to be the most logical purchase. In his case, he was able to drive significant distances at city speeds on fully electric power. However, the PHEV would often need to burn fuel while on the highway. He quickly began to long for more electric range and a more efficient highway vehicle.

"A lot of Volt owners, they pride themselves on how much electricity they use... Some people say 'Oh, I haven't used gas in a year'" Jeremy said after spending months talking with other Volt owners. "But you've gotta think about it. If you have a Volt and you are going a year without using gas... why do you even have the Volt?"

After Tesla opened a Supercharging station along one of his frequently traveled routes, the possibility of long range electric travel seemed more attainable. As he learned more about the infrastructure of Superchargers, destination chargers, and other third party options, running out of juice no longer seemed like something to be afraid of. So following just 10 months of Volt ownership, Jeremy switched to a Tesla Model 3 Long Range. With over 300 miles of range, he feels it will be suitable for him in nearly every situation.

Still, he does not seem to regret owning a Volt and he doesn't intend to belittle it. He also suggests not simply buying a vehicle just because of the hype surrounding it. Each individual should drive the car that works best for them.

To hear his full impressions on the Model 3, check out the video above.

After only 10 months with the Chevy Volt, I was ready to take the jump to full EV to the Chevy Volt. I previously said I preferred the Volt, so what made me change my mind so quickly?