If you're considering a 2018 BMW i3 Sport, this extensive test drive review is a must read.

As the driver of a 2017 BMW i3 BEV, I’ve been hoping to get a little seat time in the new for 2018 BMW i3S. That wish came true last week when one showed up for a week’s worth of testing. And, it came equipped with the optional range extender - something that I have had very little exposure to - so that sweetened the pot.

Coincidentally, the car showed up just as I needed to make an 800-mile trip - a trip that isn’t reasonable in my BMW i3 because of a CCS charger gap along one section of the journey that would result in a stop at a level 2 charger of about 2.5 - 3 hours. So, that range extender would come in handy.

Check This Out: BMW i3 Sport One-Month Review 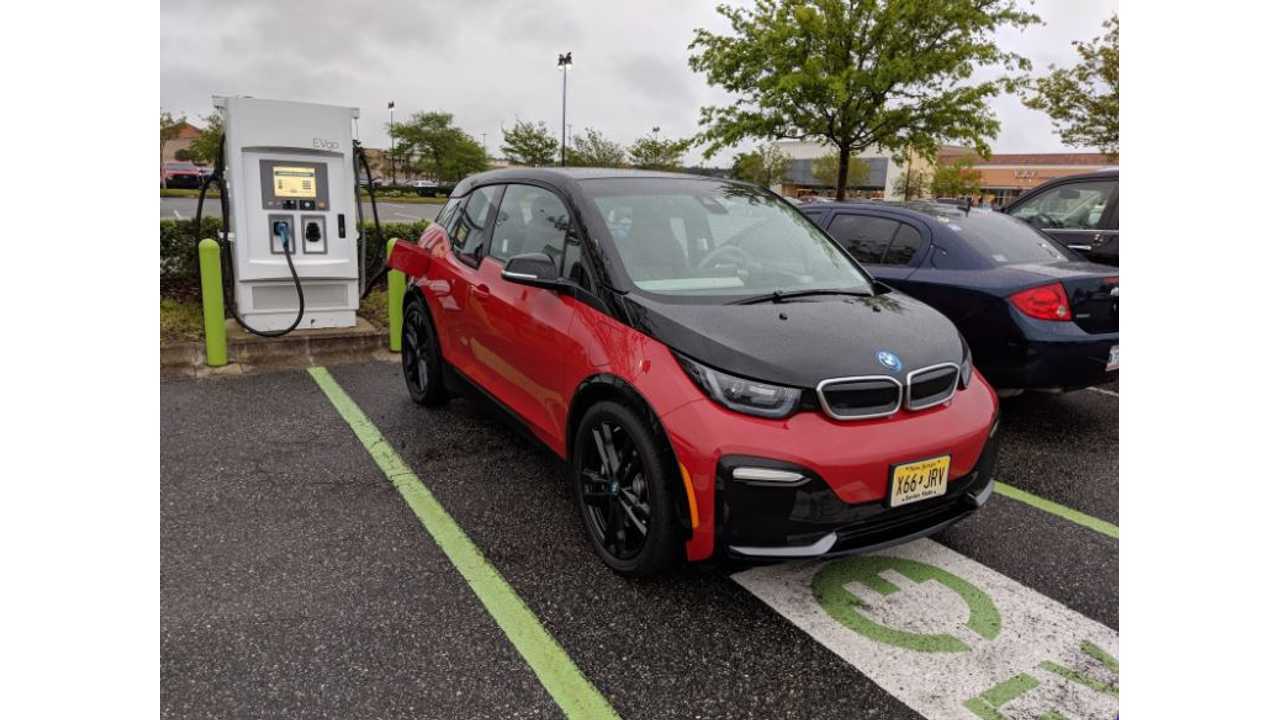 What’s new on the outside?

The i3S arrived in gorgeous Melbourne Red Metallic paint and shod with black 20-inch wheels that have some width to them. Both the front and rear end get a mild refresh. Other minor changes include a bright strip across the hatch, fender flares, refreshed front lighting that now integrates LED high and low beams into the upper lights, and the obligatory badges that come with the S variant. Overall, the changes benefit what is already a unique design.

Save Money: Get A BMW i3 Super Cheap 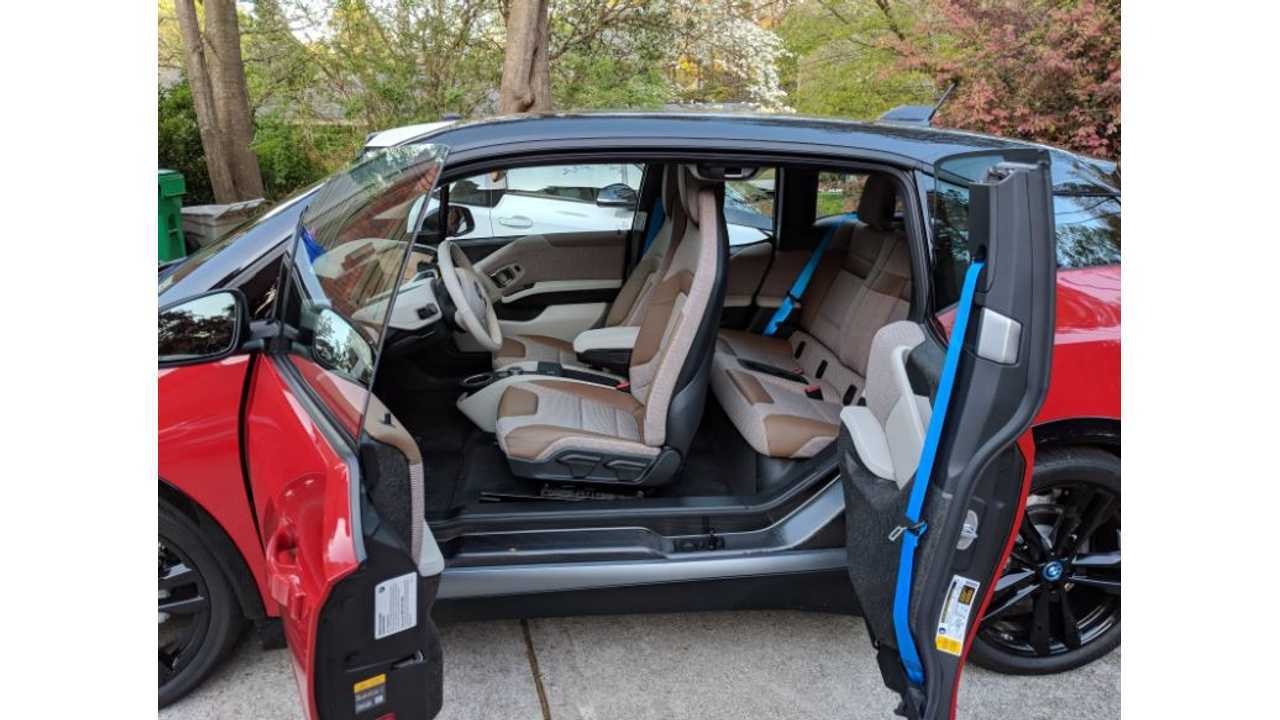 What’s new on the inside?

The test car came with the Giga World interior that sports handsome new cloth upholstery and the S is available with perhaps the bluest seatbelts ever installed on any car. They’re a little visually jarring at first, but they’re all part of the blue color scheme that goes with BMW i series cars and they work as a statement very well but do add $300 to the bottom line. And, the seats that those belts hold you in are supremely comfortable and remain so hour after hour.

The new 10.25-inch center screen in the Tech Package equipped car is beautifully clear, easy to figure out and incorporates Apple CarPlay. Speaking of that screen, BMW deserves praise for sticking with iDrive and refining it continually over the years. What started off as a clunky application that was the scorn of many has seen iterative changes that have resulted in an easy to understand and, more importantly, easy to use suite of tools. Kudos to the team that has refined iDrive. It’s among the best interfaces out there.

Where does this car differ from previous model years? For one, the steering feels more heavily weighted largely due to the wider and stickier tires. That tire width makes a substantial difference in the way the car handles. Potholes and road irregularities that tend to disrupt the earlier i3 models are far less noticeable in the S. These new tires make a big difference, and that’s communicated very well through the steering wheel. Drivers experienced with the i3 will notice the difference.

It feels fast, particularly past 40 where the older models tend to slow their gains. The more powerful motor feels better all the way around. Again, like the tire enhancement, this change is something that experienced i3 drivers will notice right away.

The ride height is lower by 8mm and, while not immediately apparent from a side-by-side outside comparison, it’s clear that the driver is a little lower to the ground. Ingress and egress are a touch more composed a maneuver as a result.

Regen is more consistent staying strong into corners where previous models cut out as you entered turns. This new setup is far superior and results in fewer stabs of the brakes in cornering. 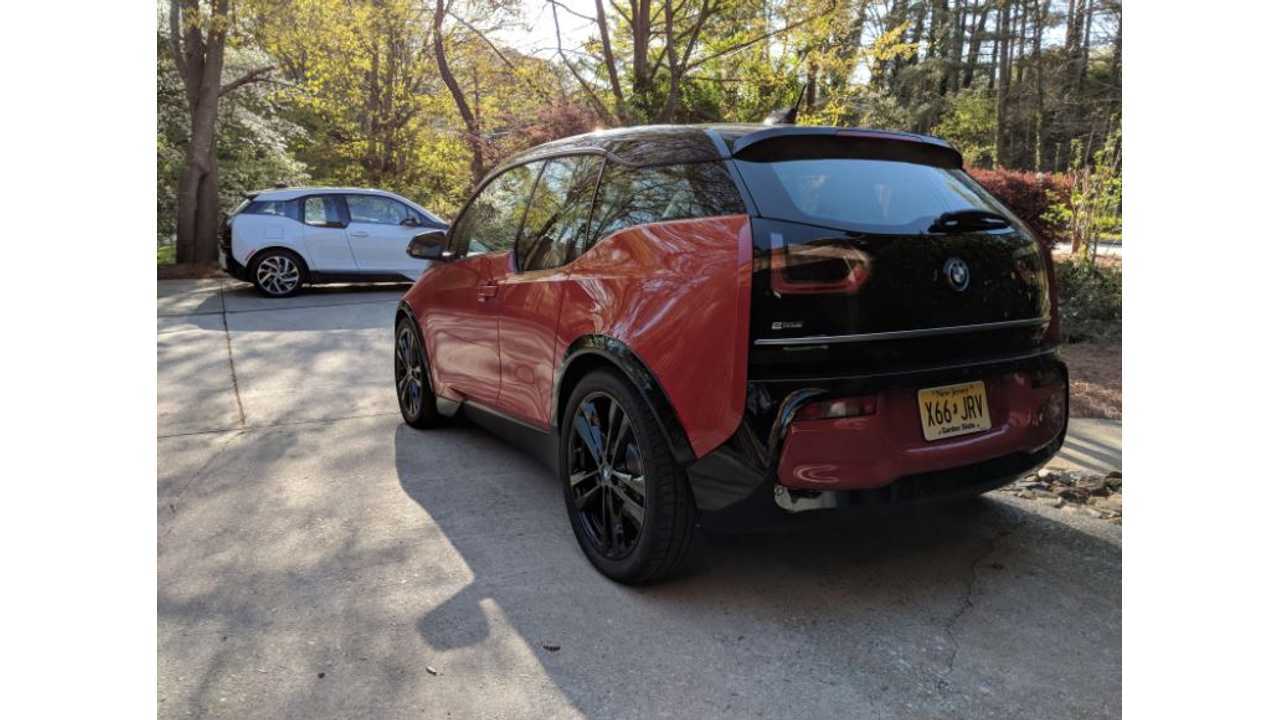 Range matters more than ever

No discussion of an EV is complete without mentioning range. Around town, the 33 kWh (94 ah) battery is just about the perfect size. In an urban setting, it’s tough to use a full charge in a single day of driving. However, when traveling, the battery is just small enough to require stops that feel too frequent. And, in areas of the country that have voids in charging networks, reliance on the range extender becomes unavoidable. An extra 20 kWh of battery capacity would make all the difference in the world. However, it appears i3 fans will have to make do with the rumored forthcoming 42 kWh (120 ah) battery. That being said, the range extender works as advertised and barely makes its presence known. In fact, at highways speeds, it’s almost imperceptible.

It should be noted that my trip was between Atlanta, Georgia and St. Augustine, Florida. Georgia Power and ChargePoint have teamed up to create a well planned and robust network of chargers between Atlanta and west of Savannah. However, at this time, there isn’t a functional CCS charger in Savannah, nor are there any on or near the I-95 corridor until the northern reaches of Jacksonville, Florida where EVgo has a substantial presence. That’s far enough of a distance to make range extender use mandatory. And, for EV purists, that’s a bitter pill to swallow. Hopefully, between those two providers, this wasteland will be populated with one or two CCS chargers soon. Those who rely on CHAdeMO have options and Kingsland, Georgia has a Tesla Supercharger, so it’s interesting that CCS hasn’t been addressed in this area.

So, what’s the verdict? These design changes have done a bit to keep the i3 viable. And, as a city car, it’s among the best EVs available. Its tiny size makes it simple to park. Visibility from the driver’s seat is excellent - on par with many smaller SUVs. The carrying capacity, while not SUV like, is admirable and the overall build quality is exceptionally good. However, if one truly wants to eschew petroleum and travel a long distance, it’s a tough sell. Yes, the range extender works brilliantly and allows travel to places that aren’t populated by chargers yet. But, it adds a layer of complexity to EVs that some (including this EV driver) just aren’t going to accept. However, this 800-mile round trip, even with the gap in CCS chargers, only required 4 gallons of gasoline. So, that’s counted as a big win.

Then, there’s the price. At $58,695 as tested, it’s significantly higher priced than cars that go a lot further on electricity alone, such as the Chevy Bolt or the new LEAF. But, the i3 and i3S are not marketed towards the same customers. Plus, the available range extender gives the car a level of flexibility that those cars don’t enjoy. So, what that means is that the i3S REx will be purchased by people who want the car and want the flexibility that the range extender gives them. And, there’s a very high likelihood that those buyers will be satisfied with their purchase. It’s hard not to love the i3S - range extended or not. It’s that good.

Check out two more of our BMW i3s test drive reviews below:

42 Photos
By: David Lardner
++
Got a tip for us? Email: tips@insideevs.com