More specifically, Tesla said that approximately 400,000 owners in the United States and Canada now have access to FSD Beta in their vehicles, a spectacular jump from the 160,000 users announced in September 2021.

"We have now released FSD Beta to nearly all customers in the US and Canada who bought FSD (approximately 400,000). This is an important milestone for our company. Every customer in the US and Canada can now access FSD Beta functionality upon purchase/subscription and start experiencing the evolution of AI-powered autonomy."

It's worth noting that the 400,000 current FSD Beta users are only in the United States and Canada, even though Elon Musk had promised in late September at Tesla's AI Day 2022 that the FSD Beta program would be released worldwide by the end of 2022.

While it's not yet global, the FSD Beta program has seen a spectacular user base increase of 250 percent in only four months despite the fact the FSD Beta option costs $15,000 in the US if bought outright. Mind you, Tesla also offers it as a monthly subscription for compatible vehicles – $99 for those with Enhanced Autopilot, $199 for those without.

Elon Musk said during the Q4 2022 earnings call that the FSD Beta take rate is improving, noting that the trend is very strong among Tesla owners toward the use of FSD Beta. "With each incremental improvement, the enthusiasm matches the increases," the CEO said.

Needless to say, the expansion in the number of users has added significant amounts of data about Tesla's semi-autonomous cars, feeding it to the neural network to improve the system. According to the automaker, the FSD Beta fleet has contributed more than 90 million miles of data to the company's neural network as of December 2022.

During the call, Elon Musk noted that total miles driven with FSD Beta outside of highways reached 100 million miles, stressing that the FSD Beta program is safe. “We would not have released FSD Beta if these statistics were not accurate,” Musk said.

In both cases, the number of miles driven per accident is much higher than the US average, according to Tesla. 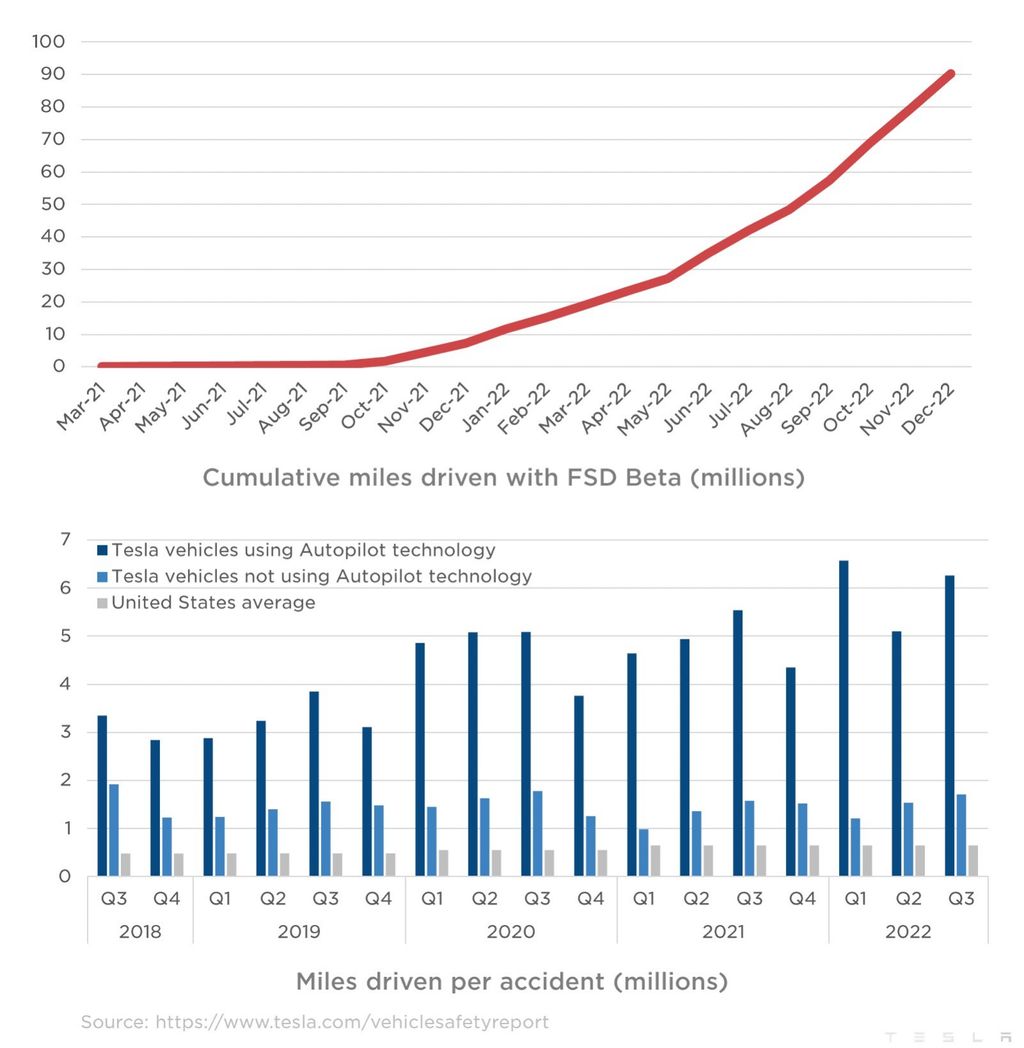