All-electric car sales were up 20% year-over-year, but plug-in hybrids are collapsing.

New passenger car sales in Norway finally improved in October, after six months of year-over-year declines. Last month, 12,558 new cars were registered (up 8.5%), which brought the year-to-date number to 115,319 (down 18%).

Good news comes also from the plug-in segment, which also noted a slight increase after six months of noticeable drops.

Plug-in results could be better, but plug-in hybrid cars (PHEVs) have been dragging the segment down each month this year - including a 49% decrease in October.

The Tesla Model Y, which noted over 3,000 units in September, this time was almost absent with just 47 new registrations (plus 4 Tesla Model 3). This indicates how inconsistent Tesla deliveries are. Nonetheless, the Model Y remains the top car overall in Norway with 9,620 registrations YTD.

The YTD list shown below indicates that Norway loves electric crossover/SUVs, which take all the top positions. 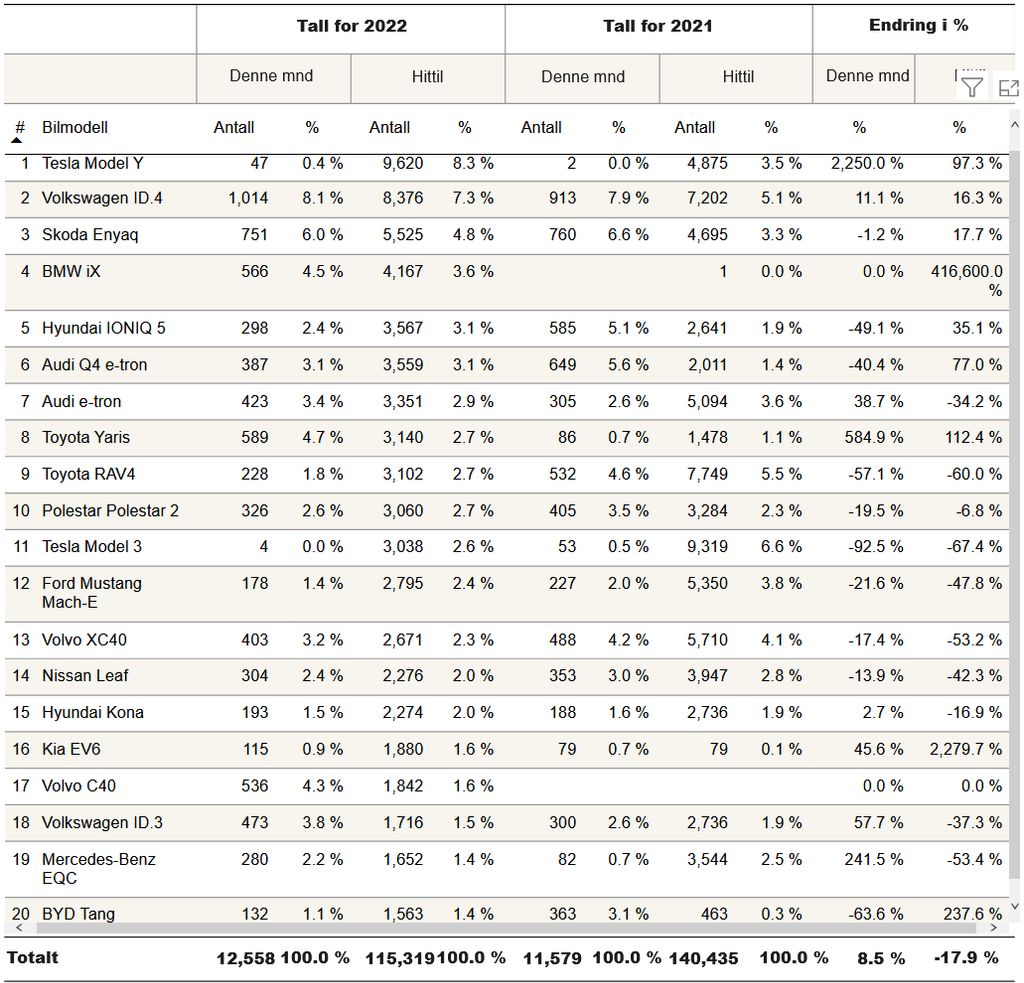