That's even without the Audi Q4 e-tron.

The company sold a total of 4,777 all-electric cars, which is 87% more than a year ago and almost 10% of the total Audi sales volume.

This is an interesting outcome, considering Volkswagen's weak result in Q2 - Audi probably had a better inventory position for the e-tron family.

The result was achieved by the Audi e-tron/etron Sportback and e-tron GT models, as the Audi Q4 e-tron/Q4 Sportback e-tron were still in the preparation stage. According to the German manufacturer, the electric Q4 is coming "very soon."

With the launch of the Audi Q4 e-tron, the company should be able to noticeably increase its BEV sales volume, but it's more a matter of supply than demand. 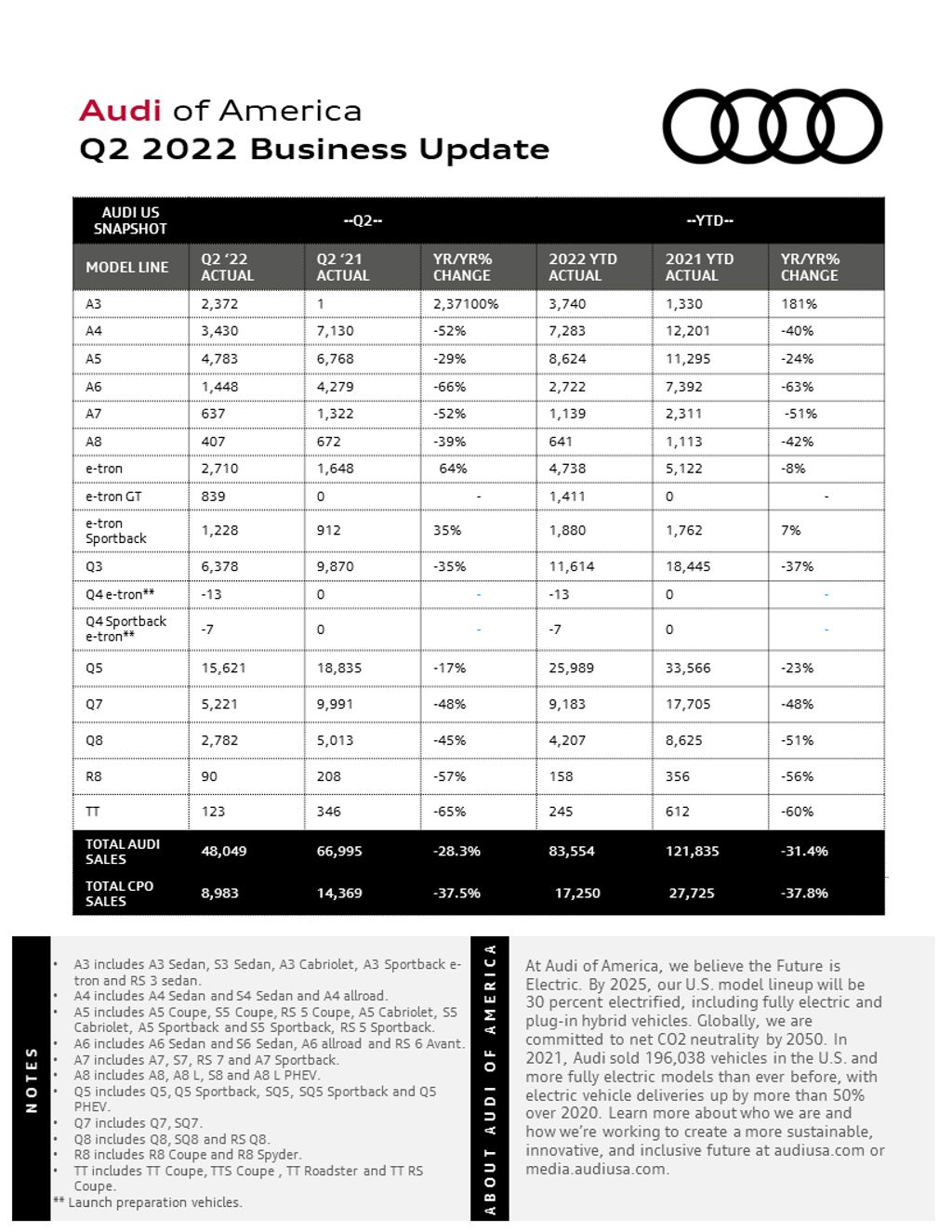