Since 2008, the amount of energy stored in a volume unit has increased multiple times.

During the past decade, lithium-ion batteries improved significantly in terms of volumetric energy density, which describes the amount of energy that can be contained within a given volume.

The higher the volumetric energy density is, the smaller the battery pack can be (assuming the same energy content).

It's not the only metric, as there is also the gravimetric energy density, which tells how much energy can be stored per weight unit. The higher it is, the lighter the battery pack can be.

In the new weekly presentation, the Department of Energy’s (DOE) Vehicle Technologies Office highlights how the volumetric energy density of lithium-ion batteries (industry average for battery packs) changed between 2008 and 2020.

Progress (on the pack level):

We strongly believe that those industry average numbers have improved since then and in 2022 are even higher. 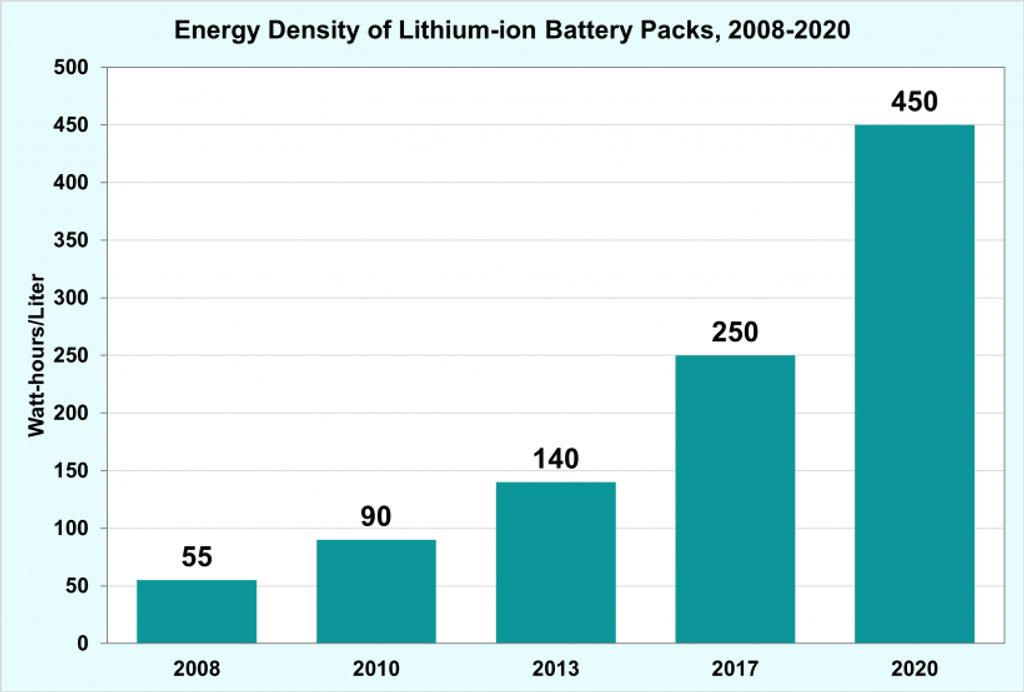 A lot depends on lithium-ion battery chemistry, as there is a very wide difference between particular solutions - up to an order of magnitude.

We often focus on the gravimetric energy density to make electric vehicles lighter and thus improve efficiency and range. However, the volumetric energy density is also very important for EVs, to make the battery smaller and fit inside the vehicle, increasing space for other elements and the passenger/cargo compartment.