The modern interpretation of the classic DeLorean DMC-12 will have its world premiere at the Pebble Beach Concours d'Elegance.

DeLorean Motor Company has released the first sneak peek of its electric vehicle concept, which will debut on August 18, 2022, at the Pebble Beach Concours d'Elegance.

While the new EV will still be displayed on the Concept Lawn at Pebble Beach on August 21, the reveal will come three days sooner. That's when we will also learn the official name of the vehicle.

"Excitement is rising like the doors of our iconic sports car, and we are revealing the next generation prototype three days earlier than planned on the most prestigious stage at Pebble Beach."

The teaser image released by the EV startup is the most revealing one so far, showcasing the left shoulder and taillight of the concept car. Styled by Italdesign, the electric concept car represents DeLorean’s new interpretation of a modern icon and the culmination of a 40+ year history. 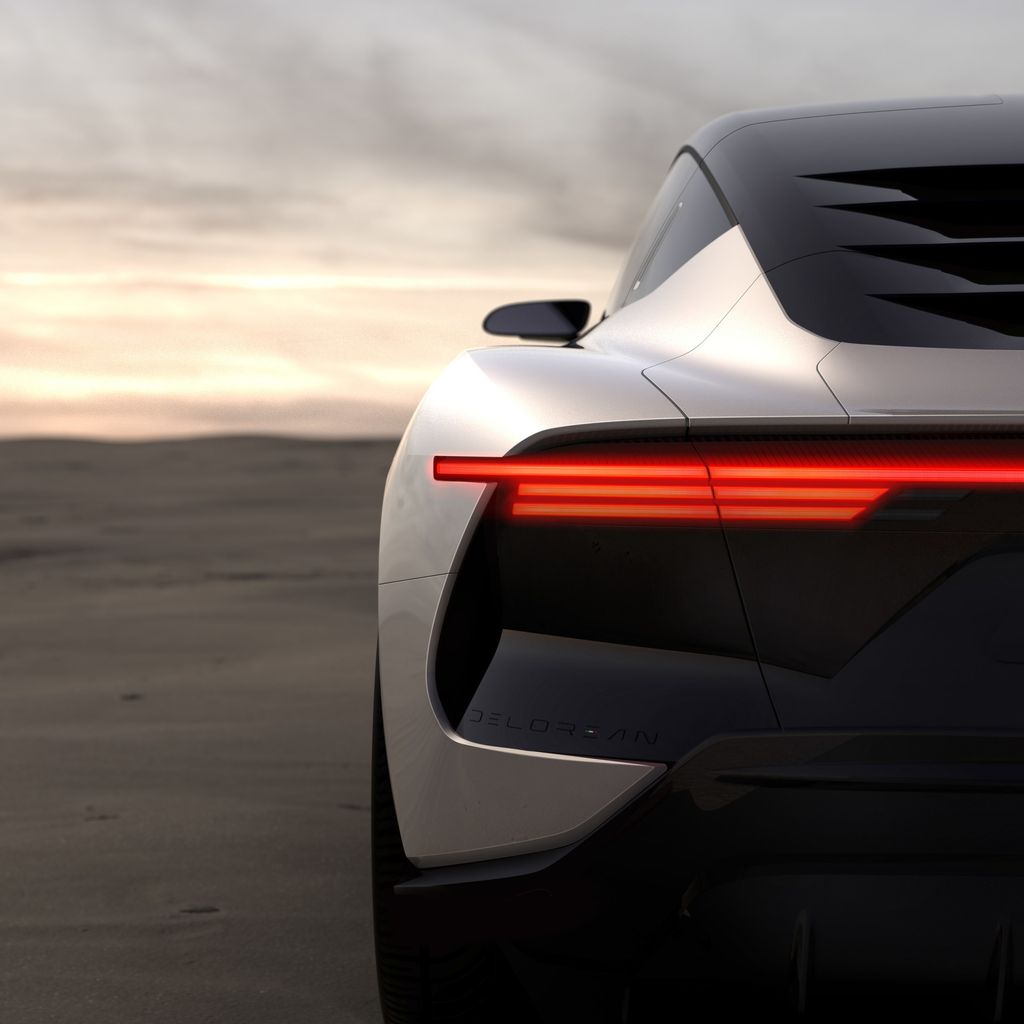 We can spot design elements that remind of the classic DeLorean DMC-12, such as the louvers covering the rear screen, the gullwing doors, and the fragmented taillights. These are very subtle, though, and it's pretty clear the concept will be much more than a nostalgic throwback to the original.

Other elements worth mentioning are the muscular rear fenders, arched roofline, and sporty rear bumper which appears to integrate a diffuser at the bottom. If the impression this teaser image gives off is correct, the taillights are united by a thin strip at the top.

DeLorean did not reveal any details about the electric concept car but said there will be a series of events showcasing it over the duration of Monterey Car Week. The prospect of an all-electric, modern DeLorean sports car is certainly an enticing one. The DeLorean name is an integral part of 1980s pop culture, largely thanks to the original DMC-12's appearance in the Back to the Future movie trilogy.

Texas-based DeLorean Motor Company owns the rights to the DeLorean name as well as assets and trademarks of the company founded by John DeLorean in 1975. The company also has a division dedicated to restored and refurbished classic DeLoreans.

Meet Marty, The Electric Autonomous DMC DeLorean That Drifts By Itself