The GM and POSCO Chemical joint venture will operate the plant that will employ 200 people to produce cathode active material (CAM).

The two parties said they are working with the governments of Canada and Quebec to build a new facility that will produce cathode active material (CAM), with the investment estimated at $400 million (C$500 million).

The cathode active material produced at the new plant will go into GM’s Ultium batteries, which will power electric vehicles such as the Chevrolet Silverado EV, GMC Hummer EV and Cadillac Lyriq. CAM is a key battery material consisting of components like processed nickel, lithium and other materials making up about 40% of the cost of a battery cell.

Construction on the new facility will begin immediately and will create approximately 200 jobs, the companies said in a joint press release. To be operated by the joint venture that was first announced in December 2021, the factory will allow for future expansion opportunities as GM continues to pursue potential future EV supply chain projects.

"GM and our supplier partners are creating a new, more secure and more sustainable ecosystem for EVs, built on a foundation of North American resources, technology and manufacturing expertise. Canada is playing an important role in our all-electric future, and we are grateful for the strong support we have received from local, provincial and national officials to grow a North American-focused EV value chain."

By the end of 2025, GM plans to have capacity to build 1 million electric vehicles in North America. The company targets the majority of components by value to be sustainably sourced, processed or manufactured in North America. 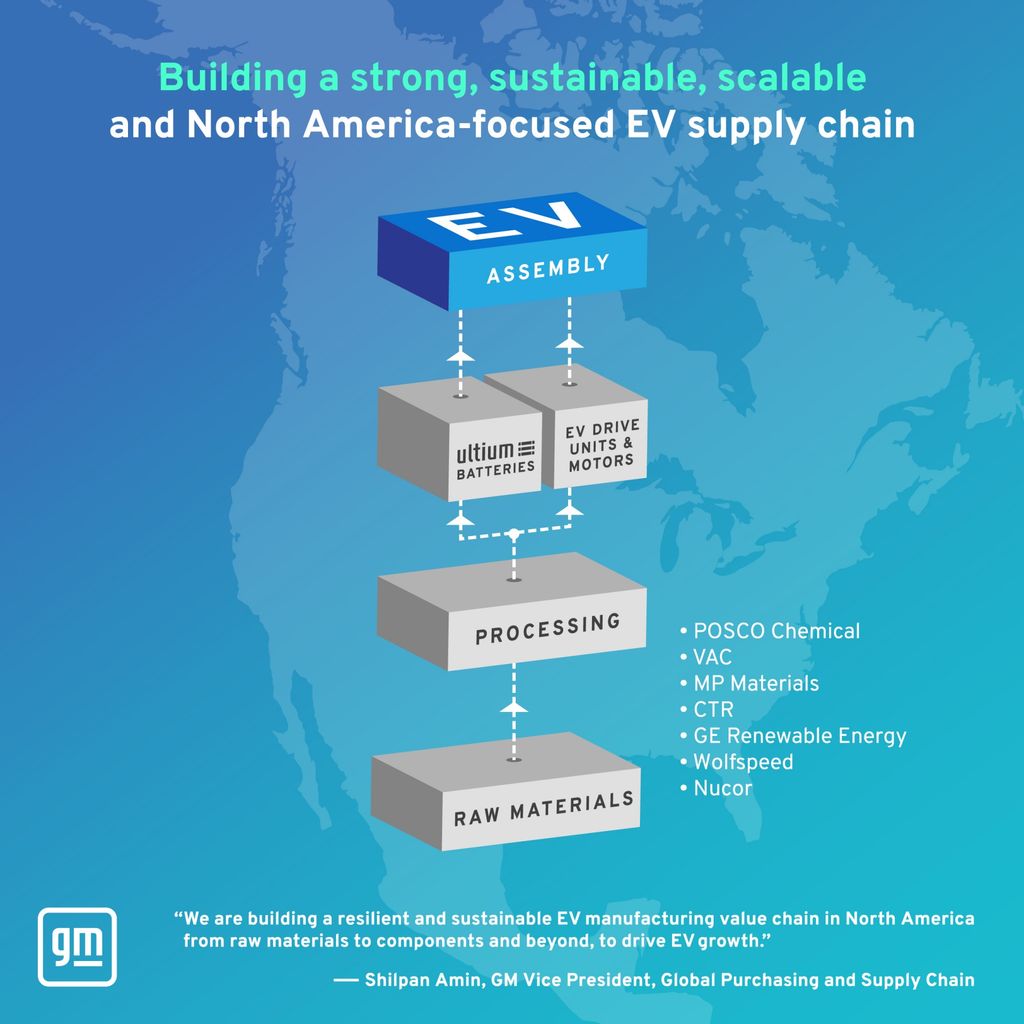