Toyota Patents Plans For EV With Manual Transmission And Clutch

The patent appears to show an EV that you can change gears in but you can also set it to a gearless mode too.

Several automakers experimented with equipping electric vehicles with multi-gear transmissions, but virtually none actually made it to production. The only two currently on sale are the Porsche Taycan and Audi E-Tron GT, but it looks like Toyota is also exploring the possibility, as was revealed by patents filed by the automaker.

It looks like Toyota wants to implement a solution that to us doesn’t seem to dissimilar to what you get when you convert an ICE vehicle to electric, but you keep the gearbox. Usually, these EV conversions are just left in a single gear (third or fourth, depending on the motor’s specification and maximum RPMs), so you don’t have to use the clutch because you don’t actually have to shift. 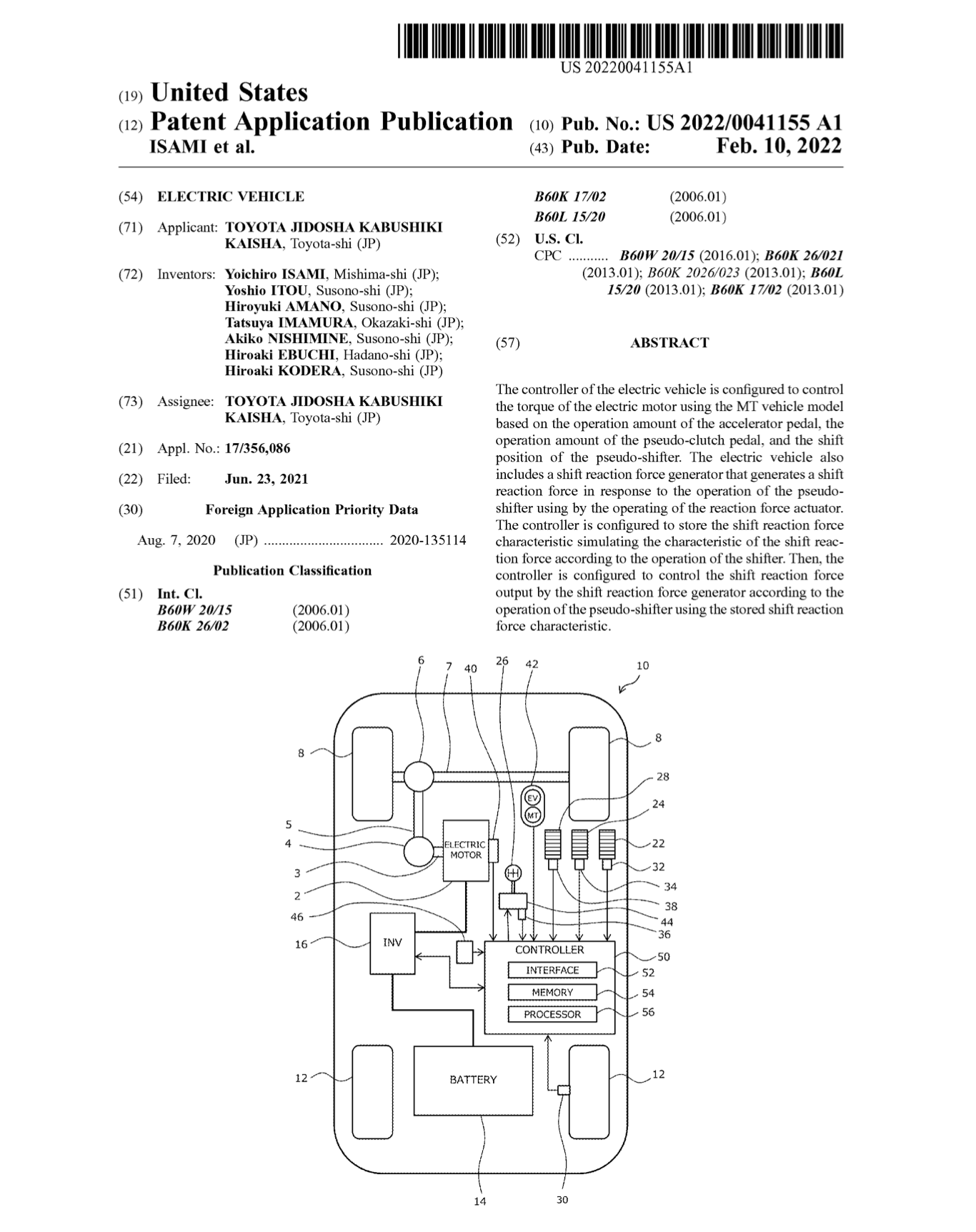 Toyota’s patent drawings and diagrams may appear a bit daunting and complicated to understand at first sight, but that’s the really simple version of what the manufacturer seems to want to do. The working principle for the system relies on a special controller that alters the torque of the electric motor in order to make it seem more gas car-like.

It does seem to mention a real clutch pedal that the driver will press in order to change gear by moving a physical shifter, although the text refers to these as ‘pseudo-shifter’ and ‘pseudo-clutch pedal’ hinting at the fact that they are not essential and that their role is to reproduce the feeling and the fun of a manual transmission in a vehicle that does not need it.

According to one of the patents,

Trying to decipher the contrived wording, that sounds like the so-called pseudo-shifter will even physically move, just like it does in, say, a Mazda MX-5 where every prod of the accelerator makes the shifter move and react differently (adding the the fun and the car’s character). This leads us to believe that Toyota may want to use this pseudo-manual in a future sporty offering; the company's president, Akio Toyoda, is an enthusiast and a keen driver and he has vowed to add more exciting models to Toyota's lineup.