And it could disappear from a future Porsche Taycan.

In 2020, no all-electric sports car should have a two-speed gearbox. I say this, casting a sidelong glance at the beautifully-shaped, but fundamentally flawed, Porsche Taycan.

If you want to fight me on this, go ahead. But first, you're going to have to go through Mate Rimac: the founder of Rimac Automobili and the man behind the modern electric supercar. It's his retelling of the development of his newest battery-powered bullet that has confirmed my long-held suspicions.

The latest episode of "Mondays with Mate" – a video series featuring the Croatian EV entrepreneur that typically drops fresh installments on occasional Mondays – is centered on the powertrain of the Rimac C-Two. Under fifteen minutes in length, it's an enjoyable watch featuring long-time employee Boris Tarnovski, now the Powertrain Team Lead and his boss, Mate Rimac. 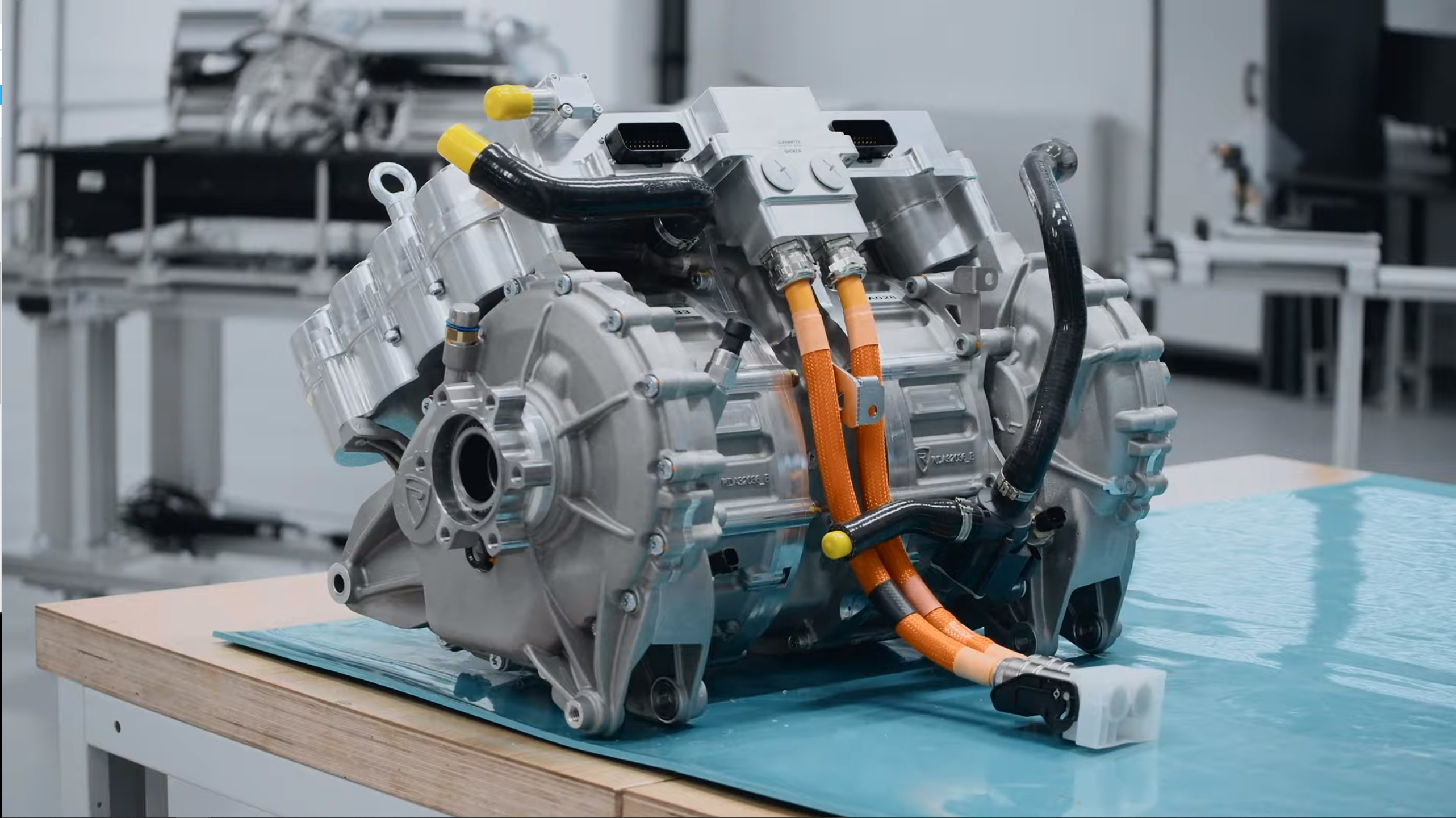 While this chapter full of little facts and figures about the bits and bobs that make the C_Two an incredible car, the part we're interested in happens closer to the end, around the ten-minute mark. Here, Rimac talks about the long and tortuous path to its single-speed gearbox, beginning with a startling admission - he hated the two-speed double-clutch gearbox that was in his first electric supercar, the Concept_One.

Specifically, he says it was immensely complex, heavy, and inefficient. That's everything you don't want in a high-performance vehicle powered by already-heavy batteries. It makes sense, then, that when starting the C-Two clean-sheet design, they opted for single speed gearboxes. However, when it first debuted, that's not what was in the car.

As Rimac tells it, they were just a few months away from the vehicle's Geneva Motor Show reveal when Tesla surprised the world with its upcoming Roadster (which, we should mention, has a single-speed gearbox), boasting acceleration of 0-to-60 miles per hour in 1.9 seconds. That was substantially quicker than the soon-to-be-unveiled C_Two.

This development sent the team back to the drawing board and after, no doubt, many late-nights of work, it had revised the design and added a two-speed gearbox so as not to be outdone acceleration-wise. Still, Rimac wasn't satisfied.

The gearbox became super-heavy, again we had two speeds, which I didn't like, and so on, and so I really wanted to get rid of it and we started from scratch again.

The following year, the C_Two made a repeat Geneva Motor Show appearance boasting a fresh coat of paint and a few subtle changes to the exterior design. Within the depths of its carbon-fiber monocoque, it held another secret: the single-speed gearbox had returned. Rimac allowed this tidbit to slip while discussing the car with Nico Rosberg, but we didn't learn any details about the change until today.

Rimac had thought that if he could get more torque to the motors and higher RPM, then they could achieve the performance targets with a single-speed gearbox. So, they redesigned the gearbox, motors, and inverter. After the changes, the motor's speed increased from 12,000 RPM to 17,700 RPM, while torque was juiced from 700 newton-meters (516 pound-feet) to 900 newton-meters (664 lb-ft). The change led to a lighting of the rear axle by a significant 60 kilograms (132.27 pounds). Mission accomplished.

So, what does all this have to do with the Porsche Taycan? That vehicle is the only production electric currently in showrooms that features a two-speed gearbox. While its integration into the drivetrain seems to have been very well done, my contention is that it would be a better car without it – lighter, less complex, and more efficient. This mechanical simplification would also translate into longer range, which is always appreciated by buyers, especially of vehicles in Taycan's price range.

And, I think this is something that could happen. After all, Porsche now has a 15.5-percent stake in Rimac Automobili and has already said it will work with them to build a world-beating hypercar. Whether it would extend that cooperation to include an update to the Taycan powertrain is hard to predict. It would, of course, be an expensive change, but it could also be moved into future electric models down the road.

While we wait to see what the future holds for the first all-electric Porsche, we can only hope the Rimac experience serves as an example to other automakers, as they pencil out the next generation of high-performance vehicles.