Tesla went from being seemingly against in-car cameras to wanting to use them in case of a crash or other issues.

Tesla has decided to use its multi-camera system, the same system that powers Autopilot, TeslaCam, and Sentry Mode, to record Full Self-Driving Beta testers inside and outside their vehicle.

Interestingly, will Tesla is asking the owners to agree to being recorded, it seems they don't really have a choice, so long as they want to be an FSD Beta tester. This situation is similar to Tesla's Safety Score system.

Tesla has been using its in-car camera to monitor drivers for a time now, and owners can choose to use the car's other cameras to record incidents, which may be helpful to the authorities and insurance companies. However, this will be the first time Tesla has used its camera systems to record footage of specific drivers with what appears to be the intent to hold them accountable.

As Tesla continues to roll out updated versions of its FSD Beta software, it has been working to make the situation safer. Not long ago, the company implement a Safety Score Beta system to help determine which Tesla owners would be the first to join the growing FSD Beta testing team.

Now, according to Electrek, Tesla has updated the warning that users get when they commit to downloading the latest FSD Beta over-the-air software update. Keep in mind, there have always been warnings, and most haven't changed, but now there's an additional message that reads:

“By enabling FSD Beta, I consent to Tesla’s collection of VIN-associated image data from the vehicle’s external cameras and Cabin Camera in the occurrence of a serious safety risk or a safety event like a collision.”

As Electrek points out, the fact that the message says "VIN-associated" is key. This means Tesla will no longer be dealing with the data on an anonymous level. Hypothetically, when and if there is an incident or accident associated with FSD Beta, which will surely set a fire under the media, Tesla may be able to try to prove that it wasn't the technology's fault. In addition, the automaker may be able to use the footage to initiate an update so that something similar is less likely to happen going forward.

Tesla is currently updating FSD Beta test cars with version 10.5 to those drivers who have earned a Safety Score of 98 or better. 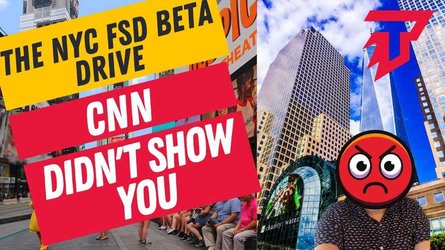 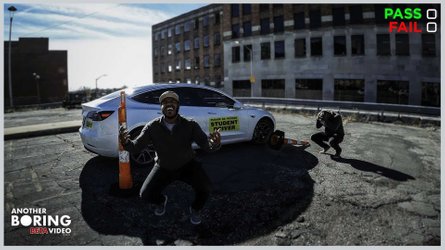 While many media outlets have noted that some folks who paid for FSD Beta may not be happy about Tesla's Safety Score, it seems many are understanding that it's a necessary step to help keep incidents to a minimum.

The new camera footage is another step in the same direction, though there may be some folks who don't want to agree to being recorded and singled out. Perhaps Tesla is counting on the fact that some of those people are the same folks it shouldn't have testing its technology. Do you think this will rub some people the wrong way?