Tesla's Giga Berlin May Get Permit Approval Before The New Year

It seems Tesla's Berlin Gigafactory has been ready to roll for a time, but many obstacles have delayed its opening.

Tesla has gone round and round with officials, various groups, and citizens in Germany surrounding the upcoming opening of its factory near Berlin. Every time it seems the electric car plant is about to open, there's another round of obstacles pushing back plans. However, Brandenburg's Economic Minister says he's confident the factory will open and produce Model Y crossovers in 2021.

Remember, Tesla recently clarified that neither the Berlin nor Austin Gigafactories would likely contribute to 2021 deliveries. It just filed some final paperwork in Texas with completion dates stated as December 31, 2021, though the factory in Austin began construction after Giga Berlin, and it appears the German factory is in much better shape to open almost immediately if approval is granted.

Just yesterday, a new host of online discussions wrapped up related to Giga Berlin. Following the discussions, Jörg Steinbach, Brandbenburg’s Economics Minister, stated publically that he believes the factory will be producing electric cars in the near future. This despite some 800 objections from environmental groups at the online meeting, which had already been delayed.

In fact, a similar meeting already happened in the past, though the environmental groups convinced the State Environment Agency to schedule another meeting prior to the final permit approvals. The groups also worked to push the meeting back to assure that adequate time was given for people to make plans to attend.

Steinbach assured that the meetings were relaxed and that the permit approvals should move forward without any more major issues. A few Model Y crossovers have already been spotted at the factory, though we have no way of knowing if Tesla built them in Germany. Regardless, according to Steinbach, Tesla will be producing the electric crossovers at Giga Berlin in 2021. 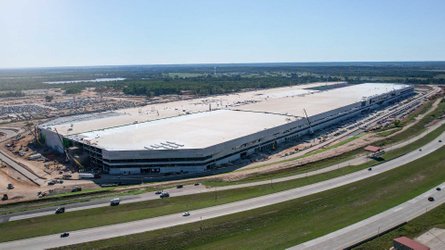 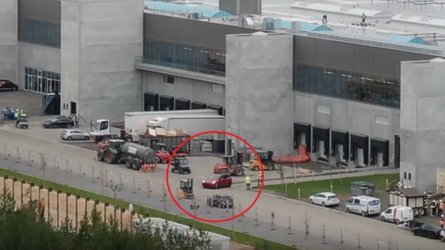 Do you think Tesla will officially open its upcoming Gigafactories before the end of the year? Both? Austin? Berlin? Share your wisdom in the comment section below.