As we've shared repeatedly in the past, Tesla has been producing Model Y castings at its Texas Gigafactory ahead of the official start of production. Essentially, the automaker is reportedly using two large single castings to produce the crossover's body, which seems to be a first in the industry.

According to Tesla CEO Elon Musk, the Model Y SUVs coming out of Austin and Berlin will rely on the new casting technology, and they're also supposed to have structural battery packs. However, there are many mixed messages about whether or not the company's new 4680 cells will be ready on time. In addition, if the cells aren't ready, will Tesla still go with the structural pack using other cells?

There are still unanswered questions, however, we do know that Tesla has ordered several "Giga Press" machines from IDRA Group. We also know that these machines are already in operation at multiple locations. Moreover, according to a new report from Electrek, Tesla had been producing Model Y crossovers with single rear castings for some time, and it's now producing Model Y's with two castings. 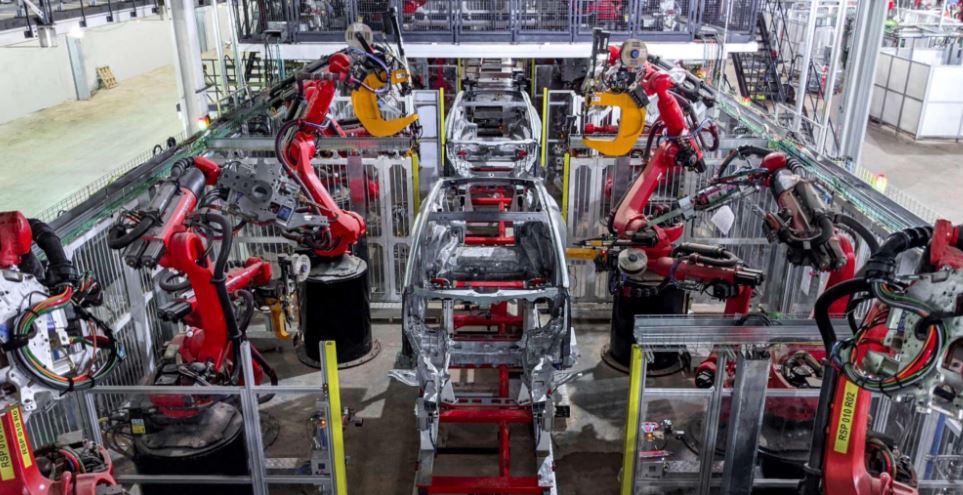 Electrek shared the photo above, which Tesla included in its Q2 2021 financial report. The site says a former Tesla employee has confirmed that the bodies in the image are constructed with both the single front and rear castings. If the information is true, Tesla may be the first automaker to employ such a method. According to Electrek, a source familiar with the matter shared the benefits of Tesla's casting process: