It seems Tesla is starting to say, "We're not gonna take it."

Tesla found itself up against an onslaught of issues in China earlier this year. It all started when a woman hopped up on top of a Model 3 in the middle of the Shanghai Auto Show. She was leading a protest with claims that Tesla's vehicles have faulty brakes.

The situation got messy, as others sided with her, the media got involved, and people made fake videos of Tesla's cars having braking problems. which hurt Tesla's reputation in the country. Reportedly, it all turned out to be made up, and the media apologized for publishing false and unsubstantiated claims. The government also got involved, with recommendations of how Tesla should be handling customer service.

While Tesla doesn't have a press department in the US, and it rarely sticks up for itself when people disparage and defame the brand, things are quite different in China. In fact, we just recently published another story about a separate lawsuit Tesla has filed in China, and it also pertains to defamation.

Based on recent reports, protester Zhang Yazhou, who herself sued Tesla for defamation, is now being sued by the electric automaker. Tesla is asking for an apology related to the false brake failure claims, as well as a payment of RMB 5 million (~$700,000) for damages she caused to Tesla's image.

Are these Tesla lawsuits in China a glimpse of what's to come in the States? We know Elon Musk is against reinstating a press department. However, that doesn't mean Tesla can't start filing defamation suits on our shores.

Perhaps this situation will remain in China, and nothing will change in North America. We'll have to wait and see if Tesla wins these defamation lawsuits. It will also be interesting to learn how Yazhou's defamation suit against Tesla plays out. 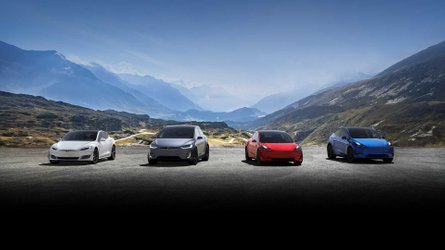 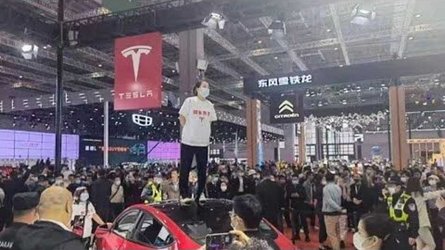 This is a developing story. We'll be following the cases closely to provide you with notable updates. In the meantime, leave us your opinions about this situation in our comment section below.