Elon Musk And Jeff Bezos Certainly Have A Storied History

Bezos and Musk are in competition for a number of reasons, and it shows.

Posted on EVANNEX on September 27, 2021 by Iqtidar Ali

SpaceX CEO Elon Musk tweeted, “Thank You” when Jeff Bezos, CEO of the rival space company, Blue Origin, congratulated Musk on the successful launch of the SpaceX Inspiration4 mission. So the two are friends, right? Well, not exactly.

“Congratulations to Elon Musk and the SpaceX team on their successful Inspiration4 launch last night. Another step towards a future where space is accessible to all of us,” Bezos posted on Twitter.

According to Forbes, at the time this article was first published, Elon Musk happens to be the second richest man in the world with a total net worth of $195.7 billion — just behind Jeff Bezos who’s current net worth is $201.9 billion.

The rivalry between these two billionaires recently heated up after Bezos’ Blue Origin sued NASA for awarding the Artemis mission moon lander project to Musk’s SpaceX. That project was worth $2.89B in value alone. SpaceX won the contract because its concept design was simply better than all competing companies. But Bezos couldn’t accept defeat.

The friction between the two rose to new heights earlier this month when Elon Musk said that filing lawsuits against SpaceX is actually a full-time job for Jeff Bezos now. Ouch. It turns out Musk was responding to an FCC filing that SpaceX had submitted to counter delay tactics used by Kuiper Systems LLC (“Amazon”) against the Starlink satellite constellation.

And it's not just beef Bezos has against SpaceX. Looking back, Bezos has been quietly moving in on Tesla's turf too. Amazon acquired Zoox, a self-driving car company. And, Amazon invested in another autonomous car firm Aurora Innovation.

Video: A history of the Elon Musk and Jeff Bezos rivalry (YouTube: VISION)

Bezos' company also invested in electric vehicle maker Rivian. In the end, Musk isn't flattered by all this imitation — Elon once tweeted that Bezos is a "copy cat" and that it's "time to break up Amazon" according to GeekWire.

Forget who has the bigger (ahem) rocket for a moment. Elon Musk and Jeff Bezos are two trailblazers who have so much in common. Both have deep interest in space exploration. And each of these visionaries has leveraged modern technology to transform the world.

True, the two don't always see eye-to-eye. Nevertheless, it's nice to see some civil discourse on Twitter — a rare thing on that social media platform. Perhaps these two mega-mavericks can evolve into friendly competitors moving forward. Let's hope so. 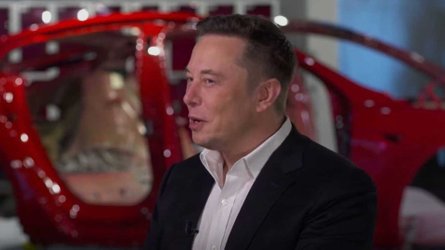 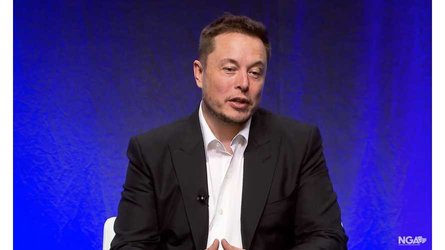 Elon Musk Versus Jeff Bezos: Visionaries For Our Future