But the curve remains weird at some points.

The first fast charging tests of the brand new Hyundai Ioniq 5 emerges in Europe, which allows us to one more time analyze the results, and compare it with the original manufacturer's demo from South Korea.

In this post, we will take a look at Battery Life's test of Hyundai Ioniq 5 with a 72.6 kWh battery, at an IONITY fast-charging station, conducted from 6 to 100% State of Charge (SOC).

As we can see, the charging curve is very specific to the Hyundai Ioniq 5. The shape is similar to what we saw before, with some strange dips in the middle of the session.

It's difficult to explain whether the battery is oversensitive to some temperature measures inside the pack and limits the power for a bit, or it's an initial software issue that will be polished at a later point. Overall, we don't find a need to reduce the power rapidly just to increase it again a while later.

The averages are slightly different than in the previous Hyundai Ioniq 5's analysis, as the charging sessions start at a significantly different point (more on that later). 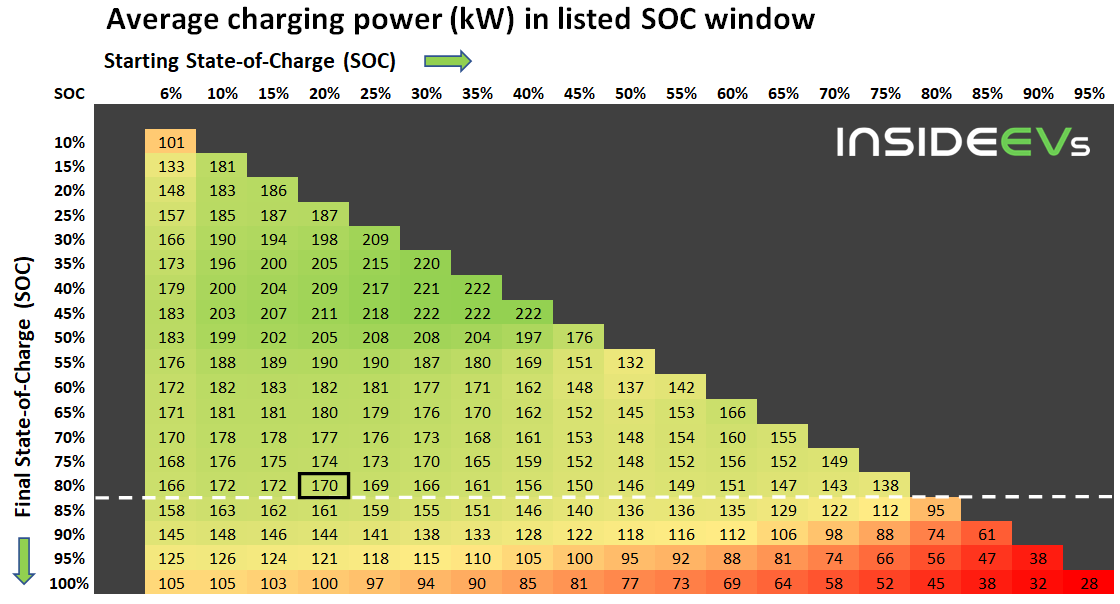 The peak C-rate* - charging power in relation to the total battery capacity of 77 kWh (our guess) - is about 2.9C.

The real-world result, just like in the manufacturer's demo, is very high at a peak of almost 25 km/minute (15.5 miles/minute) and an average of nearly 19 km/minute (12 miles/minute). The average is state-of-the-art and we never saw anything higher.

It could be even better if Hyundai would manage to smooth the dips in the middle part.

Comparison of the charging curves reveals to us a shift in the charging curve that happens when we change the starting point (of course there might be also other factors involved, including the initial battery temperature).

The new test is from 6% SOC, while the previous was at 10%. You can see an almost perfect shift of the charging curve up to over 50%.

We can assume that once the battery management system detects the maximum allowed temperature, it throttles the power. 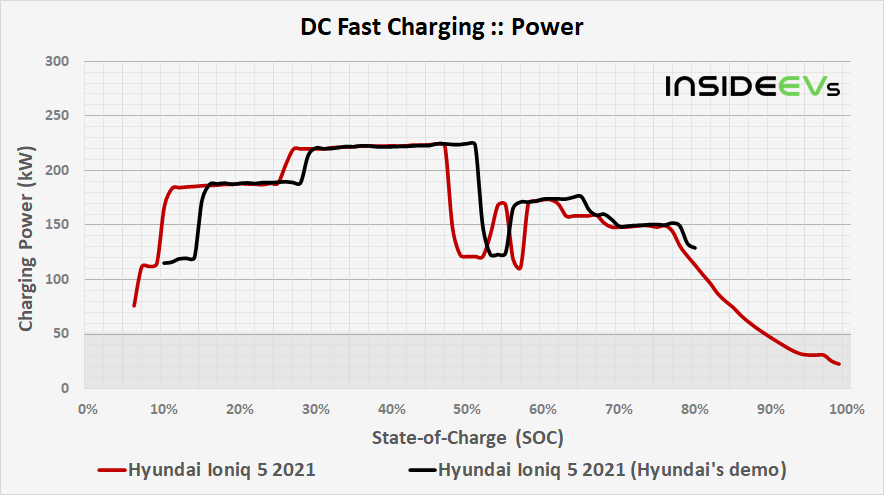 A quick look at the power output:

The C-rates in both tests were basically the same. 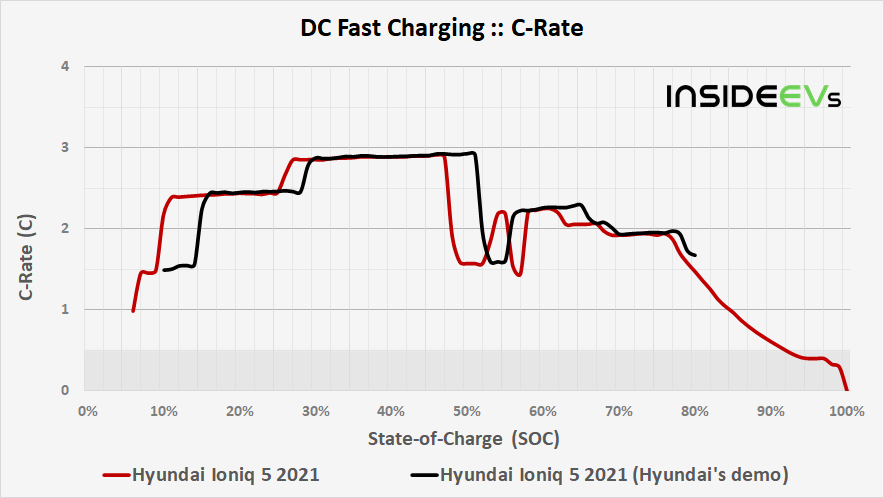 Most of the differences are related to power shift, and some with the uncertainty of measure/calculations.

One more look at the range replenishing speed: 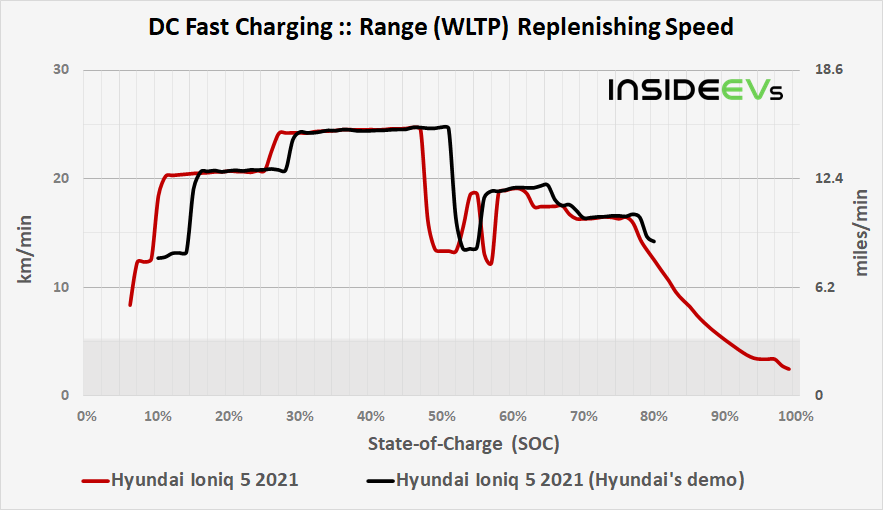 The averages for 20-80% SOC window are slightly different, but it's just the power shift, related to starting the session earlier. At 10-70% SOC, the average power is 178 kW, very close to 180 kW in the demo.

An independent test confirms the outstanding fast charging capabilities of the Hyundai Ioniq 5 with the 72.6/77 kWh (net/total) battery.

The average power and range replenishing rates are state of the art, although the shape of charging curve might be a little bit weird (at least for now).