It can be mounted on any Mini, but the manufacturer chose to promote it on the fully-electric Cooper SE.

Mini is a brand that tries to promote fun through the way its cars look, the way they drive and some of the customization options available for them. Most recently, the manufacturer showed a roof tent which it placed atop its fully-electric Cooper SE for the press blurb gallery, trying to suggest that you can essentially go camping in it.

What Mini is trying to emphasize here is the fact that its Cooper SE is the only small electric car that can be fitted with roof rails. The tent is sold through the Mini Original Accessories catalog and the manufacturer insists it does not have a negative effect on the car’s aerodynamic properties. Furthermore, even though it is extra weight placed very high on the vehicle, Mini says handling is also unaffected, since it is offset by the heavy battery that’s located very low in the vehicle.

Camping in an electric Mini isn’t as daunting as you may think, says the manufacturer

The eight rungs of the fold-out aluminium ladder can be climbed just as quickly. Inside, there are two comfortable sleeping berths. In summer heat, the windows can be rolled up, and thanks to the mosquito nets in front of them, no pests can get inside. Sleeping bags, luggage and provisions for longer camping trips for two can be stored in the luggage compartment of the MINI Cooper SE, which can be expanded from 211 to 731 litres after folding down the rear seat backrest.

And since an increasing number of camping locations are now being fitted with electric vehicle chargers, topping up the battery shouldn’t be as big an issue as a few years ago. If they don’t have a dedicated charger, you can still plug it into a regular outlet and still get a few miles back, or leave it to charger for a few days before heading home. Camping in a remote location with no available power doesn’t sound like a good idea, especially since the Cooper SE isn’t the longest-range EV on the market (EPA says its range is 110 miles). 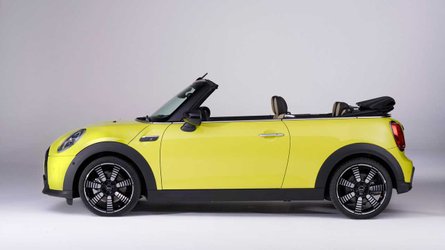 Next Electric Mini Cooper Will Get Convertible Body Style In 2025
⠀ 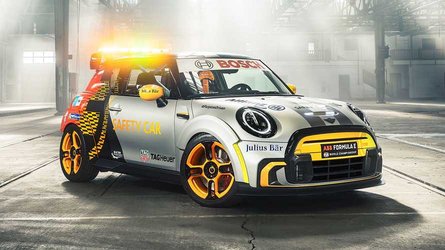 Electric MINI Pacesetter Won’t Make Production, But It Makes EVs Exciting
By: Andrei Nedelea
++
++
Got a tip for us? Email: tips@insideevs.com