Let's recall that to place a reservation for the electric pickup truck, Ford requires a $100 fully-refundable deposit. Orders will be accepted until Fall 2021, while the first customer deliveries will begin in Spring 2022.

"“The response has been great,” Farley said during an interview on “Squawk Box.” “With 20,000 orders already, we’re off to the races.”"

The MSRP price starts at $39,974, but can go up to around $90,474 in the top of the line Platinum version. Details on the pricing will be released in Fall 2021. All the prices are without including a $7,500 potential federal tax credit.

The base version will be equipped with a battery that allows for 230 miles (370 km) of range, while the more expensive versions get a larger battery for a 300-mile (483 km) range.

It's great to see a round number of reservations. We assume that it will further increase because it's now one of the main competitors in the electric pickup segment to consider.

For comparison, Tesla Cybertruck noted even more reservations (also with $100 deposits), although it was much more radical.

Only time will tell which electric pickup truck will sell better and what features are the best selling points - range, power, features, power export, charging network.

Before the Ford F-150 Lightning and Tesla Cybertruck will hit the market, the trail will be checked out first by the Rivian R1T luxury adventure truck. 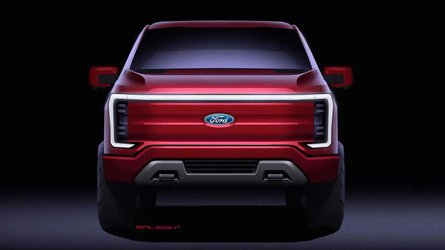 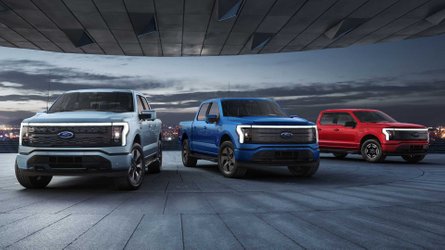