What good is a battery if it is expensive or difficult to build, right?

Managing to develop a viable solid-state battery is just part of the problem scientists are trying to solve. Producing them on a large scale is also a concern. Sakuu Corporation, formerly known as KeraCel, announced not only a cell that can help electrify mobility but also a way to deliver it at attractive prices: it will use additive manufacturing, which you probably know as 3D printing.

The company said both the process and the cells would be available by Q4 2021. They aim to deliver a battery that is 50 percent smaller, up to one-third lighter, and that uses 30 percent to 50 percent fewer materials when compared to the current lithium-ion cells.

The company sent us the picture above to present one of the potential products that will receive such batteries: two-wheelers. Sakuu said it is also aiming for three and small four-wheelers. It is not clear yet if that is because of volumes or any technical restriction with the solid-state batteries, but we have asked the company about that.

According to Sakuu, this is possible due to its AM Platform, which was created to allow multi-material, multi-process 3D printing. It blends powder bed and jetted material deposition to mix the materials and create a single layer containing both the ceramic electrolyte and the metals required by the battery.

Sakuu said that PoraLyte, one of its technologies, “enables the easier and faster creation of devices with internal channels and cavities,” but it was not clear exactly how it helped create its solid-state cell. 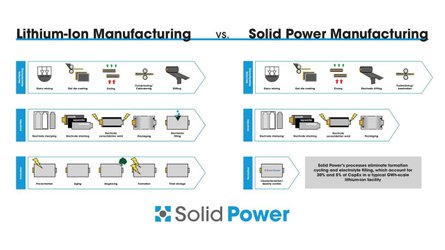 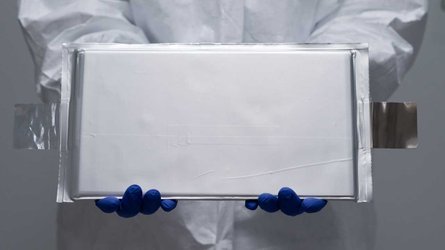 The result would be a high energy density cell perfectly fit for high-volume production, with monolithic layers and a “perfect interface.” The “powder-to-powder” process would also allow these batteries to be much easier to recycle when the time comes. It also does not use graphite or polymers.

We sent the companies a few doubts and will write a new article with what Sakuu has to tell us about this technology, as well as when it plans to allow cars to use it.