Eroding Resale Values Could Accelerate The Demise Of Gas Cars

Ever tried to sell a 2-year-old computer or smartphone? Often, it’s not worth the time and trouble to put it on eBay.

By now, just about everyone agrees that electrification is the future, but estimates of the timeline are all over the map. Some legacy automakers seem to think they’re being very progressive by announcing plans to go fully electric by 2040 or so, but most in the EV industry scoff at the idea that anyone will still be buying gas cars much past 2030.

Advocates of the more timid timelines often cite the long lifespans of modern cars. A new car bought today can be expected to last well over 10 years, so even if everyone stopped buying gas cars next year, the majority of cars on the road would likely still be gas-powered for another decade.

However, there’s a factor that few are taking into account, and that can cause adoption of a new technology to happen very quickly: resale value.

Resale value is something most buyers of a new vehicle consider carefully. Fears of rapidly eroding resale values caused many early adopters of EVs to lease, rather than buy, and with the notable exception of Tesla, those fears have been borne out—used Leafs and Volts can be had for bargain prices. However, the differential in resale values between EVs and ICE vehicles is likely to reverse over the next few years, for several reasons.

The state of Washington just adopted a plan to ban registrations of ICE vehicles after 2030. Other states seem likely to follow. So if you’re buying a new gas-burner today, you have to consider the likelihood that, 9 years from now, it won’t be salable at all in certain states. Even if you don’t live in one of these states, the pressure on resale prices will be felt throughout the US. In Europe and elsewhere around the world, various countries and cities have announced similar sunset dates, so the shrinking market for gas-burning cars will be a global phenomenon.

We can see an illustration of vanishing resale values when we consider computers. Ever tried to sell a two-year-old computer, tablet or smartphone? Often, it’s not worth the time and trouble you’d spend to put it on eBay, and that’s why there are so many unwanted gadgets sitting around in junk drawers (waiting to be recycled by JB Straubel’s Redwood Materials). The same fate could soon befall ICE vehicles, especially if and when Tesla’s self-driving Robotaxis become a reality.

Tesla owners have no worries about resale value, partly thanks to the company’s over-the-air updates. The Porsche Taycan and Ford Mach-E also have this capability, and it may help them to retain healthy resale values as well. For various technical reasons, it’s unlikely that dinosaur-burning vehicles will ever evolve OTA update capability—what you bought is what you’ve got, and it drops half its value when you drive it off the lot.

The final nail in the oily coffin: not only is it possible for an individual EV to improve after the sale, but EVs, in general, are almost guaranteed to get better and cheaper over the next few years. There’s a tremendous amount of room for incremental cost improvements in batteries, motors, electronics and other components. Squeezing out costs is of course one of Tesla’s core strategies, and it’s one that other EV-makers are eagerly emulating. Many EVs are already cheaper than “comparable” dino-mobiles on a total cost of ownership basis, and it’s not unlikely that within a few years, they’ll be cheaper, period.

So, when considering a new vehicle purchase, you need to ask yourself not only whether you’d prefer superior performance and lower operating costs, but also whether it’s wise to buy a car that may be worth almost nothing in 10 years. Once buyers start realizing that this is the deal, we could see a glut of gas-burners piling up at used car lots—or even sitting abandoned out in the rain, next to all the old cathode-ray-tube TVs. 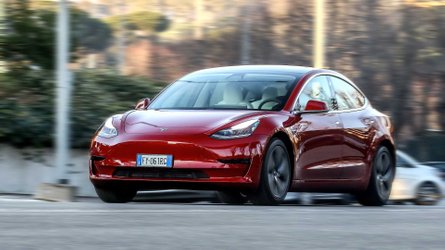 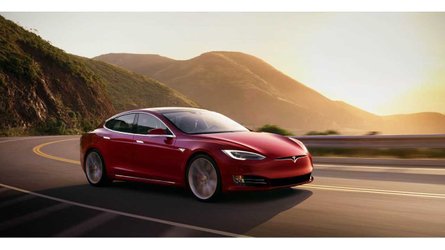