Nikola has announced a strategic partnership with the RIG360 dealer network to provide sales and service products for commercial customers.

The plan is to utilize more than 65 RIG360 dealer locations (see the map here) throughout the Southeast, Midwest and Northeast regions of the United States.

According to the press release, those service centers are ideally located in key metropolitan areas and at major intersections of the interstate highway system.

The partnership - once finalized in the coming months - is expected to cover both battery-electric and hydrogen fuel cell vehicles.

"In addition to providing service and maintenance for Nikola’s complete portfolio of Class 8 trucks, this dealer association is intended to provide customers with a well-known and reputable sales and distribution channel to be established for Nikola BEV and FCEV vehicles and ancillary products and services."

The all-electric Nikola Tre semi-truck will be launched later this year. We already saw the first prototypes, produced in Germany at the IVECO plant, used for testing in the U.S.

It's an open question whether Nikola will really be ready to sell the trucks by the end of 2021. Usually, new electric trucks are first tested over a prolonged time with fleets.

The first hydrogen fuel cell semi-truck - Nikola Tre FCEV - is even further away, as the current plan is mid-2023.

Its larger version, Nikola Two FCEV, will follow in the second half of 2024 - at least about 3.5 years from now.

Meanwhile, Tesla, as well as established manufacturers, are getting close to the market launch of their trucks. Tesla Semi probably will be launched this year, Volvo VNR Electric is just around the corner and Freightliner has just opened orders ahead of electric truck launch in late 2022. 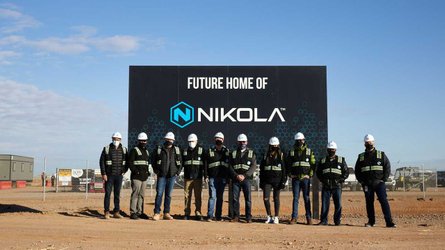 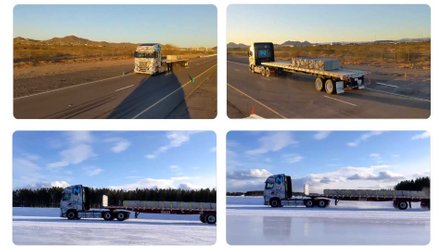 Nikola Teases Tre's Acceleration Testing
By: Mark Kane
++
Got a tip for us? Email: tips@insideevs.com