Arrival Unveils Electric Van With Over 200 Miles Of Range

Public road trials to start this summer, while production is expected in 2022.

Arrival, the company that attracted Hyundai and Kia as investors and received an order for up to 10,000 electric delivery vehicles from UPS, has recently unveiled its Van, which was first hinted at several months ago.

It's an all-electric delivery van designed from the ground up as an EV to "set a new standard for commercial vehicles."

It's built using a lightweight aluminum frame and proprietary composite body panels to save weight. There will be a total of eight variants (four lengths and three height options). Depending on the version, the payload can be as high as 1,975 kg, while the cargo volume is up to 14 m3.

The public road trials with key customers are scheduled for Summer 2021, while the production is expected to start in Q3 2022, which is about 1.5 years from now. 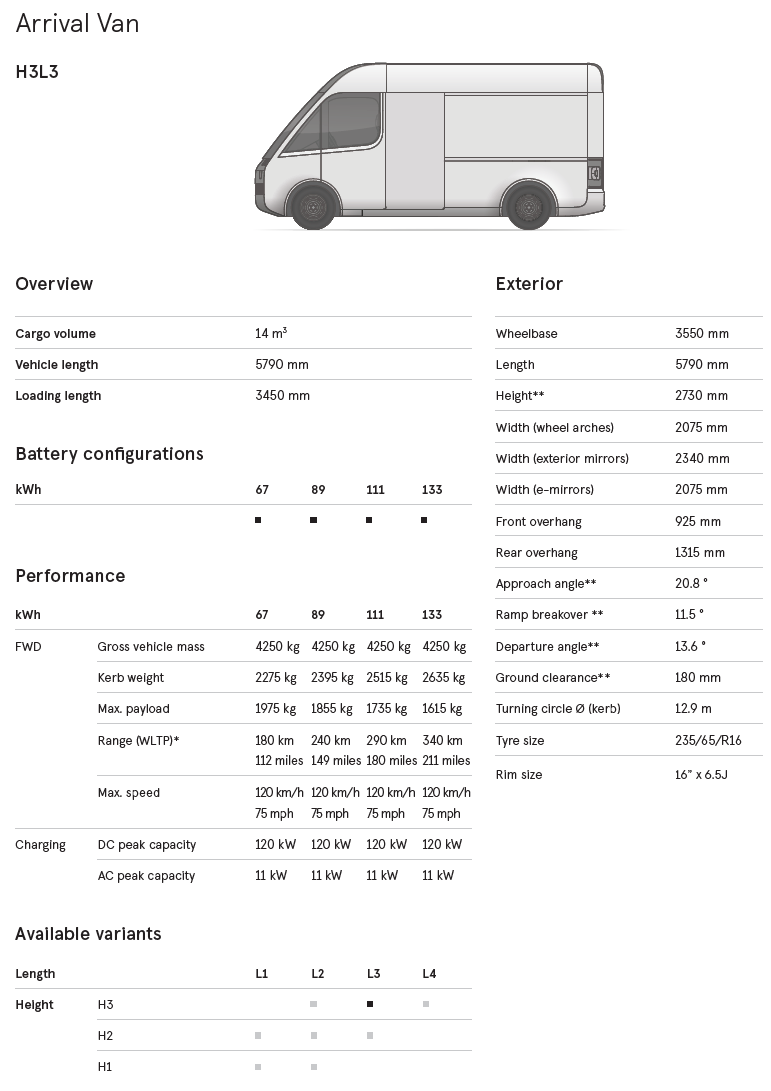 FedEx Will Electrify Its Entire Fleet By 2040
U.S. Postal Service: EVs Will Be Only 10% Of Next Generation Delivery Vehicle
By: Mark Kane
++
++
Got a tip for us? Email: tips@insideevs.com