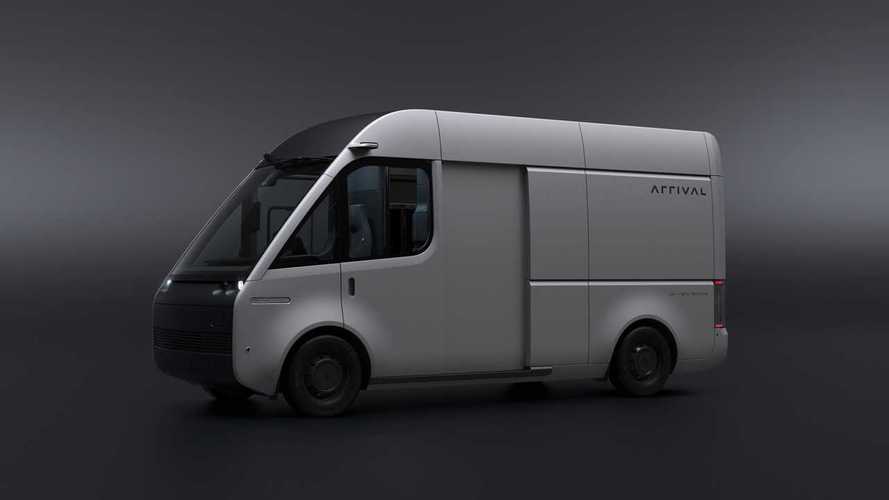 It's the arrival of the new Arrival.

Earlier this year we reported that UK-based commercial electric vehicle startup Arrival had received investment and a 10,000-unit order from UPS. Through its UPS Ventures arm, UPS invested an undisclosed amount to become a minority shareholder and get early access to Arrival’s vehicles.

Now that Arrival is moving closer to production, they have made some changes to the Alpha prototype and recently released the new Beta prototype commercial van.

Arrival teamed up with some logistics companies, UPS included, to evaluate the Alpha prototype they have been showing in an effort to improve its usability. Lessons were learned and substantial changes have been made with the goal of making the vehicle more user-friendly.

"Through a lot of the learnings that we got back through our partnerships with some of the logistics companies, and we include UPS with that obviously, we've taken that and fed it to what has now become the Beta prototype. The differences in the functionality and the user experience have led into some fairly substantial design changes, primarally around ingress and egress." - Jeremy Offer, Arrival Chief of Design

Arrival is aiming for deliveries of the van to begin in the first quarter of 2022. Arrival is using cylindrical battery cells from LG Chem, but making the packs in-house. They will offer various battery pack sizes with a range of 44 kWh up to 130 kWh. They aren't offering specific range estimates, but the largest 130 kWh battery option should deliver a driving range that's substantially longer than 100 miles per charge even with cargo and frequent start and stops.

While a 44 kWh battery pack may seem too small for a large delivery van like this, it's not. Many delivery routes cover a very small territory, especially in urban areas. In New York City, for instance, a delivery van can complete its entire daily route and drive only 15 to 20 miles.

Arrival's vans are modular, and use proprietary thermoplastic composites for body panels. This allows the vehicles to be assembled in factories that are dramatically smaller than a traditional factory. They also won't need paint shops in the assembly line, because the composite panels used don't require it. Additionally, there won't be any need for any welding to be performed at the microfactories.

"Every Arrival vehicle is produced in small-footprint, low cost Microfactories. Microfactories use our new method of cell-based assembly instead of the traditional automotive production line. They can be deployed quickly – making use of existing commercial spaces and producing any type of vehicle to meet demand."

Arrival tells us that their proprietary composite materials are low cost, strong and lightweight. They claim they are 50% lighter than steel, yet durable and resistant to damage. As a result, vehicle maintenance is easier and costs less than traditional-assembled vans.

These microfactories will only need a 10,000 square meter (108,000 sq ft) facility and will be set up around the world allowing local assembly and eliminate the need to ship the vehicles across the globe. Arrival isn't ready to announce formal pricing and explained that the final production version may still have some changes.

Arrival claims its vans will return a 40% to 50% savings compared to comparable gasoline or diesel vans. If they can deliver on that promise, they are going to make fleet managers very happy. Personally, I'm a little surprised that we don't already have electric delivery vans like this is service already.

Delivery vans and busses are probably the easiest types of vehicles to electrify, because, on many occasions, they have predictable daily routes, therefore the operator knows exactly how much battery each vehicle needs for its specific task. Additionally, the lower total cost of ownership is so much less, that even a much higher initial cost can be paid back rather quickly.

We'll be keeping an eye on Arrival, and watching its progress moving forward. What are your thoughts on the new Arrival van and its unique manufacturing plans? As always, let us know in the comment section below.