You probably wouldn’t take it on a cross-country trip, but that doesn’t mean it wouldn’t be enough for some people.

Recreational vehicles, also known as motorhomes outside North America, exude an undeniable allure thanks to blending the comfort of living in your own home with the ability to drive it practically anywhere. They’re usually powered by diesel engines, which are best suited for running long distances reliably and frugally, but is there room in the world for fully-electric RVs?

Currently, most electric RVs are one-off projects, usually conversions of ICE vehicles to run on electricity. But what if you based your camper on a commercial vehicle designed from the start as an electric vehicles. No, there aren’t many of those around (only the Mercedes eSprinter or the Fiat e-Ducato spring to mind as big enough to be converted into motorhomes), but now there’s a new and very promising vehicle to use as a base for an RV: GM’s new BrightDrop EV600 electric delivery van.

The obvious downside of having an electric RV is the limited range that would seriously hamper its continent-crossing ability. However, the EV600 has a claimed range of about 250 miles and its Ultium battery pack can be charged at a rate of up to 170 miles per hour (if you can find a charger powerful enough to supply the 120 kW needed). 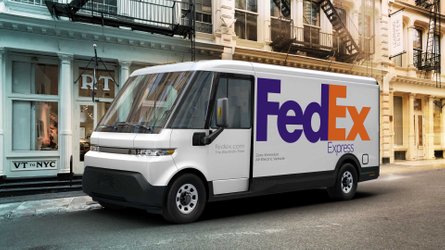 BrightDrop Will Bring Electric Delivery To FedEx In 2021

But the battery pack is modular, so its size and capacity could be increased by adding extra modules, in order to give the vehicle more usable range. To that end, the fact that I extended the EV600’s wheelbase in this rendering in which I turned it into an RV, should in theory mean it can carry more batteries (as well as some solar panels on the roof for some nice trickle charge action).

Are we actually going to see one of these new GM electric vans converted into motorhomes? Probably not in the very near future - you will be able to order it come 2022 - but we say it certainly has potential.