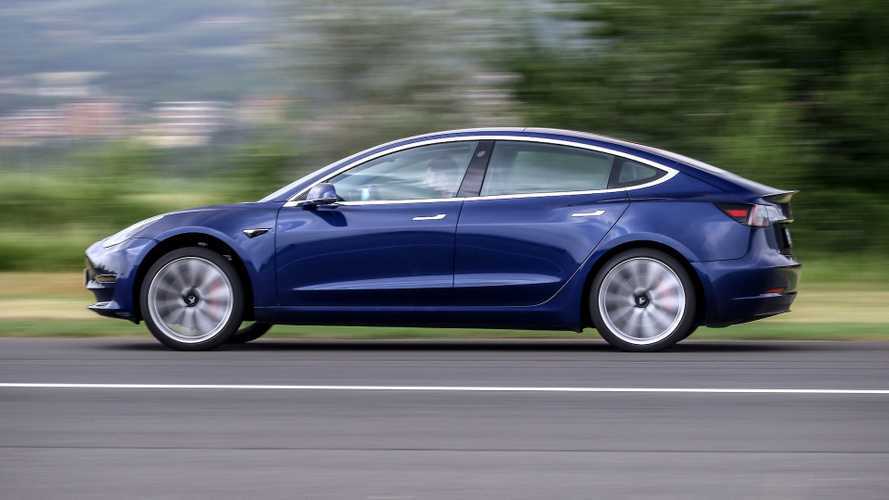 Tesla is now poised to deliver an EV that will end the reign of gasoline in 2023.

Posted on EVANNEX on October 02, 2020 by Charles Morris

By now, most of you are probably familiar with the prevailing narrative about Tesla’s Battery Day: the punditocracy was expecting instant gratification, and they didn’t get it (in more ways than one). An uncharacteristically cautious Elon Musk talked about a three-year timeline and, in a world in which the definition of “the long term” seems to have shrunk to one year, 2023 is seen as the far future.

However, it’s puzzling that this should be so, for a couple of reasons. Before the advent of Tesla, conventional wisdom in the auto industry was that it took ten years for an automaker to bring a new model from conception to car lot. That timeline has been considerably compressed, but even now, three years is hardly considered a long time in the auto industry (see Ford’s Mustang Mach-E and electric F-150).

Of course, as we Teslophiles constantly remind those who are confused by the company’s colossal stock market valuation, Tesla isn’t merely an automaker, but also a tech firm, and tech firms are expected to move at hyper-speed (which Tesla often does—see the Shanghai Gigafactory and the firmware update that improved Model 3’s braking performance).

However, some may be surprised to learn that tech giants don’t always turn on a dime—they sometimes play quite a long game indeed. Furthermore, the true disruptors aren’t afraid to branch out into lines of business that seem (to lesser imaginations) distant from their core fields.

Daniel Newman, writing in MarketWatch, tells some interesting stories about Apple, Nvidia, Qualcomm, Amazon and Microsoft, all of which have sometimes disappointed investors by making unexpected moves, the wisdom of which was only proven years later.

“Apple constantly went against the grain,” Newman writes. At a time when network effects and the power of standard platforms were the talk of the Valley, Apple’s closed ecosystem was always controversial, and it took years for people to realize how “extremely sticky” it was for users. Like Tesla, Apple “focused on building products that customers loved to use,” and it built ecosystems for music and apps that are now bringing in steady revenue streams from high-margin services. Tesla hopes to do something similar with Autopilot, which it has hinted will become a subscription-based system, culminating in a global network of Robotaxis.

Qualcomm operated at a loss for much of the 1990s, thanks to its relentless investment in R&D into CDMA technologies for cell phone networks. Today the company’s tech is found in almost every mobile device in the world. “This business model requires investing in R&D years ahead of new standards and risking big dollars to reap the rewards of being on the front edge,” Newman writes. Just as Qualcomm foresaw that wireless tech would be the enabler for the next tech wave, Tesla understands that battery tech is the key to tomorrow’s clean energy and transport ecosystem, and it’s investing whatever it takes to stay on top.

Microsoft made a very risky shift to cloud computing, disrupting its own licensing business, which was a steady money-maker but a vestige of the past (any lessons here for Big Auto?). Newman notes that the Seattle superstar revamped its business model in almost every area of its operation. “Short term, the risks were big and there was a lot of uncertainty [but] thinking long was the right strategy.” Microsoft’s market cap has quadrupled in the past five years.

Amazon’s move into cloud services raised a lot of eyebrows back in the day, but the segment now accounts for around 60% of the company’s profits. The strategy offers a striking parallel with Tesla’s focus on vehicle autonomy, and not only because it seems to represent branching out into a field that’s only indirectly related to the company’s core business. Amazon opportunistically found a way to monetize its excess computing capacity, “a long bet, and one that many investors probably didn’t understand at the time,” as Newman writes. Tesla is doing a similar thing by using the huge library of real-world driving data generated by its vehicles to refine its Autopilot system.

Superficial observers may expect tech companies to focus on the short term—after all, they disrupt, they innovate, they “move fast and break things.” However, as Mr. Newman has insightfully pointed out, the true tech giants understand the fundamental importance of the long game. This won’t be news to anyone at Tesla. The company is now poised to deliver an EV that will end the reign of gasoline in 2023—exactly 20 years after Elon, Martin, Marc, JB and Ian formulated their famous three-stage Master Plan to do just that.