Will VW Sell Bugatti, Lamborghini And Ducati In Its Quest For Electrification? 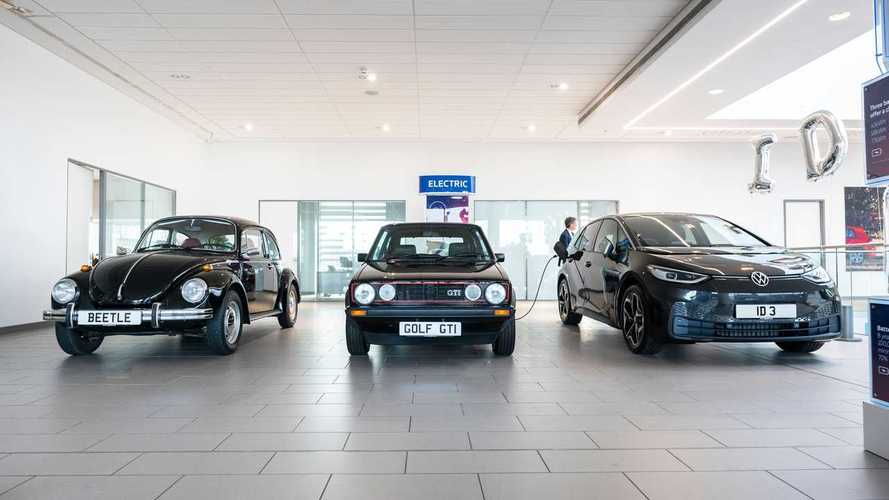 Volkswagen was on a roll expanding its operation in the late 1990s. It bought both Lamborghini and Bugatti in 1998 as it was trying to inject an extra dose of sportiness into its image. It also purchased famed motorbike manufacturer Ducati in 2012, through its luxury subsidiary, Audi.

And the VW takeover really helped both Lamborghini and Bugatti which went on to make the best quality cars they had made in decades. However, it looks like the German giant is looking to sell these three brands, because they don’t fit with the image it’s trying to shape, that of a very green-minded company that builds electric (or electrified) cars.

According to Reuters, Volkswagen, which sold nearly 11-million cars in 2019, wants to keep up with the times and one way it plans to do that may be by selling off Lamborghini (owned by Audi), Bugatti and Ducati (also Audi-owned). VW group CEO, Herbert Diess, didn’t directly say it but recently explained that

‘ Volkswagen needs to change: From a collection of valuable brands and fascinating combustion-engine products that thrill customers with superb engineering - to a digital company that reliably operates millions of mobility devices worldwide. We will take further important steps to set the course for this in the rest of 2020. ‘

Volkswagen doesn’t necessarily have to sell off the brands, but maybe reinvent them and give them a more eco-conscious twist. Ducati, for instance, will launch its first all-electric motorcycle in the not too distant future, while Bugatti already has an electric vehicle for sale, although it’s not what you might expect.

Joking aside, it wouldn’t be too much of a stretch for Bugatti to buy EV tech from Rimac and develop its own vehicle based around that. There’s also another report floating around these days that the rights to the Bugatti name might even be sold to Rimac.

Porsche currently owns 15.5 percent of Rimac, but that could be increased to a 49 percent stake in exchange for Bugatti. However, so far neither company has made any comments regarding the report (this usually means there’s some truth to it, because otherwise they would have said the rumors are false).

Lamborghini has already announced that it is embracing electrification. It unveiled the Sián at the 2019 Geneva Motor Show, a hybrid model that will be the fastest car it has ever produced.

But the Sián is just a Stepping stone. Lambo also showed a very striking concept called the Terzo Millenio (Italian for ‘ Third Millenium ‘) which, according to the manufacturer

‘ Combines energy efficiency and innovative materials to forge a path in the electric super sports car segment, guaranteeing the purest driving experience. Automobili Lamborghini looks to the future with a visionary approach, carrying our core values to extremes. ‘

So Lamborghini has committed to building an electric car, but its image may be too tainted with the countless supercars it has built throughout its history. In order to remain under VW’s wing, Lamborghini will have to change its image along with its parent or otherwise it could be sold off.

These are VW's latest EVs

Last year we also saw reports that VW was mulling whether or not to sell off its Bentley luxury division. In that report, it was suggested that the likelihood that Lamborghini would be sold off was slim, but that both Bentley and Bugatti could go.

In the meantime, VW will want to give Lamborghini more freedom within the group. Reuters quotes unnamed sources as saying

‘ This is a first step which gives VW the option to list the unit further down the line. ‘

This extra independence granted to Lambo would be the first step before an initial public offering (IPO) would be carried out. And even if the IPO would go through, VW would still keep a controlling stake in the supercar maker.