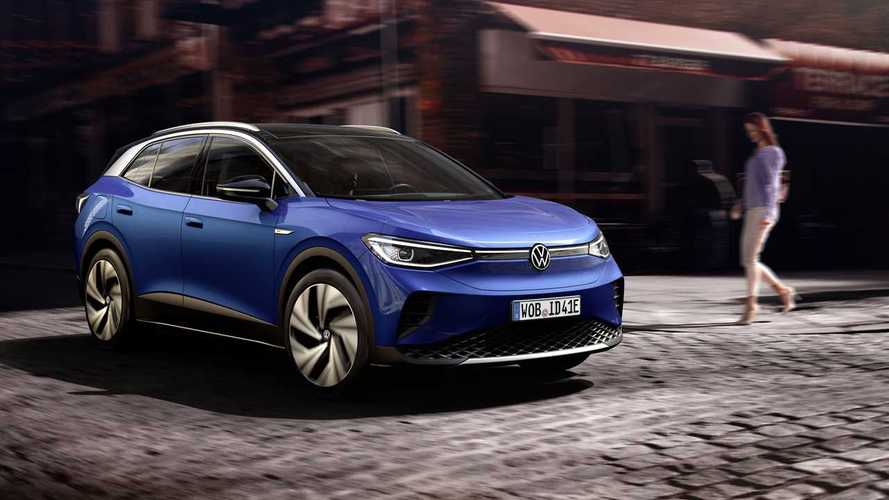 So even if the ID.4 and Model Y are very similar in terms of size and range, they are apparently not meant to be direct rivals.

Even though in Europe the ID.3 hatchback is Volkswagen’s first proper attempt at selling a mass market EV, in the United States, the ID.4 crossover will be the first. However, despite the fact that in America, the ID.4 has a direct rival, in the form of the Tesla Model Y, Volkswgen insists its new electron-sipping high rider is after crossovers from established names, such as Toyota and Honda.

So VW wants to poach sales away from the likes of the Toyota RAV4 and Honda CR-V, not just from the Tesla Model Y. It’s definitely a bold plan, to try to challenge gasoline-burning models with a pure EV, but according to Scott Keogh, CEO of Volkswagen of America,

‘ This is the heart of the U.S. car market in terms of sales, it's 4 million sales a year, something like 35 million sitting in driveways right now. It's the RAV4, it's our Tiguan, it's the Honda CR-V, and frankly, there is no electric vehicle sitting there. And if you look at what our dealers are excited about, it's to have a tool that no one else has, and then let's go take advantage of that. ‘

Volkswagen is trying to capitalize on buyers’ rising environmental awareness and maybe make them switch to a full EV sooner than they would have otherwise. Keogh seems confident that the ID.4 will be a hit in the states, even if for the first year of production, all examples sold in America will be imported from Germany and be higher-spec cars that will be more expensive than the aforementioned conventional crossovers.

The ID.4's real rival remains the Tesla Model Y, though

How Does The VW ID.4 Stack Up To Tesla Model Y, Ford Mustang Mach-E?
⠀

However, production for the American market will begin at the Chattanooga plant in 2022 and once it does, the ID.4 will be available with a smaller battery pack and $35,000 base price; right now, the only two models available for pre-order are the $43,995 1st Edition and the $39,995 Pro model (the former is actually sold out).

The ID.4’s Stateside success will also be dependent on dealers not adding their own markup to the vehicle’s price if it shoots up in popularity (which there’s a chance it might). In regards to this, Keogh said

‘ I'm going to err on the side of endless optimism. I think they will do the right thing. We are looking to build a process here ... that we want to be open, transparent and clear. If there is any BS, frankly, we're going to do something about it, because we think it's inappropriate. ‘