Cell form factor and cell vehicle integration will improve EV range by almost a third without switching to a new chemistry.

At Battery Day, Tesla has outlined a plan to significantly improve the energy density of its battery systems, reduce the price per unit, and also reduce investment costs in new manufacturing capacity.

Here we will stop for a while at the range increase, which is expected to reach 54%, as a result of multiple factors.

54% is not a small improvement, especially since Tesla's batteries are considered as one of the most energy-dense already.

The company intends to achieve its goal through improvements in several major areas.

As we can see, the move to an all-cell form factor - 4680 cylindrical type with the shingle spiral approach - alone should improve the range by 16%!

Combined with an additional 14 % from using batteries as a structural element of the car adds up to a total of 30%! 30% more range, which does not mean 30% more battery capacity (the actual increase of energy density will be only part of the equation - mostly from new cell design).

Elon Musk clearly said that the battery integration with the vehicle will allow reducing the weight of the car more than the battery cell mass itself. It means that the car consumes less electricity.

We should expect new record-low energy consumption in new Tesla models then. Anyway, 30% is a huge gain. If a car is able to go 300 miles now, it would be able to go 400 miles using the same chemistry, but in a new cell and system design.

In other words, engineering can give up to 30% more range, while improved chemistry would add 24%. Total 54% more range.

Of course, if there would be some other breakthroughs in chemistry, it could be even better, but even without any improvements, 30% is on the table. 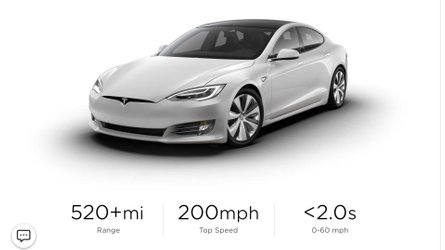 Within 10 Years, Tesla Aims To Produce 30 Million EVs Annually
By: Mark Kane
++
++
Got a tip for us? Email: tips@insideevs.com