Tesla Model X Loses Bits Of Roof When In Movement

We hope no car behind it was hit when the roof took off.

The Model X is considered as the least reliable vehicle produced by Tesla. It is often blamed for situations in which the company has lousy dependability records, and it is not difficult to see why. Water leaks are frequent due to issues when gluing the windshield to the body frame. Still, there is a new issue that deserves attention not only from Model X owners but also from anyone driving behind them: bits of the roof may fly off unexpectedly.

The stories we report here were sent to us by concerned owners that learned about them in Facebook groups and Reddit, but we would not doubt more situations like these may have happened and were not reported anywhere. What we can say is that the cases are more frequent than they should, mainly because they involve the safety of other drivers.

The most recent one involved Carrie Schenkhuizen and her son, Brandon Nicholas. It was posted at the Tesla Owners Worldwide group on September 6, as you can see below. 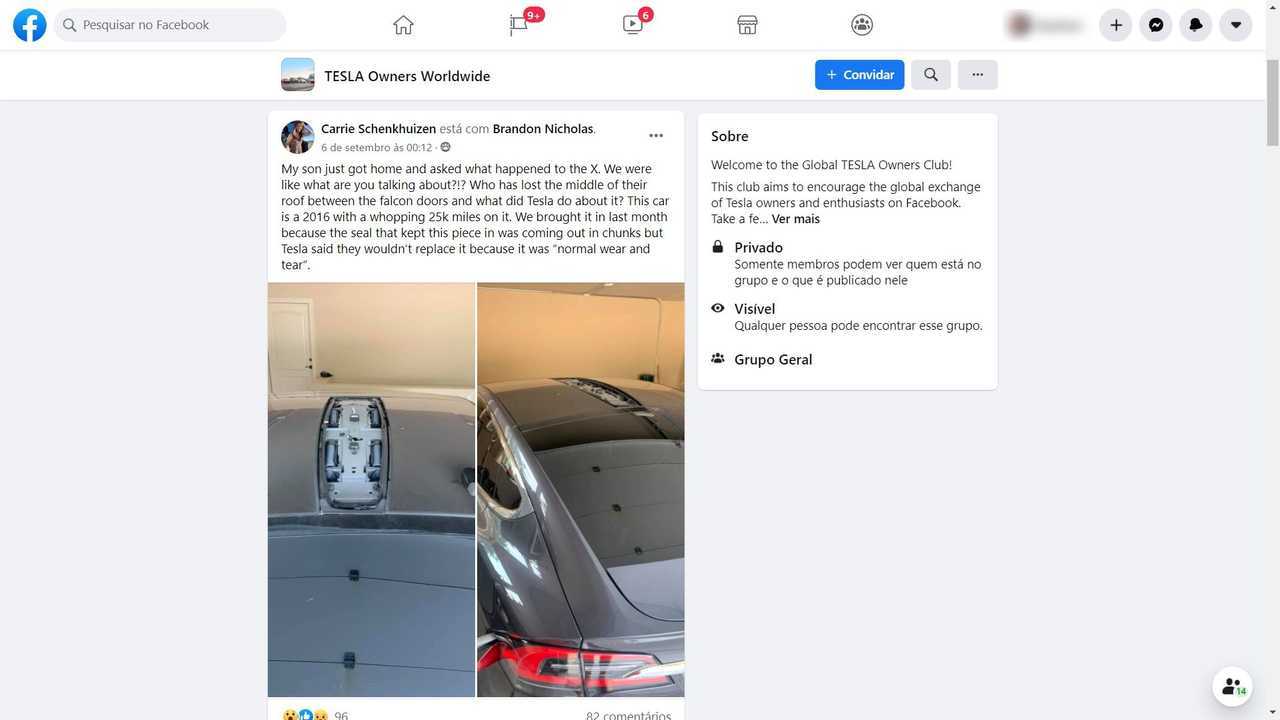 Nicholas asked his mother what had happened to the car, and she noticed the vehicle was missing the glass that goes between the rear falcon-wing doors. Most of the issues we found involve this part.

The worst part is that Nicholas says he tried to get that part fixed under warranty, but his Tesla Service Center said that was “normal wear and tear,” as you can see below. Not before asking him $2,200 for a new rubber seal. You can see below he is not happy about that. 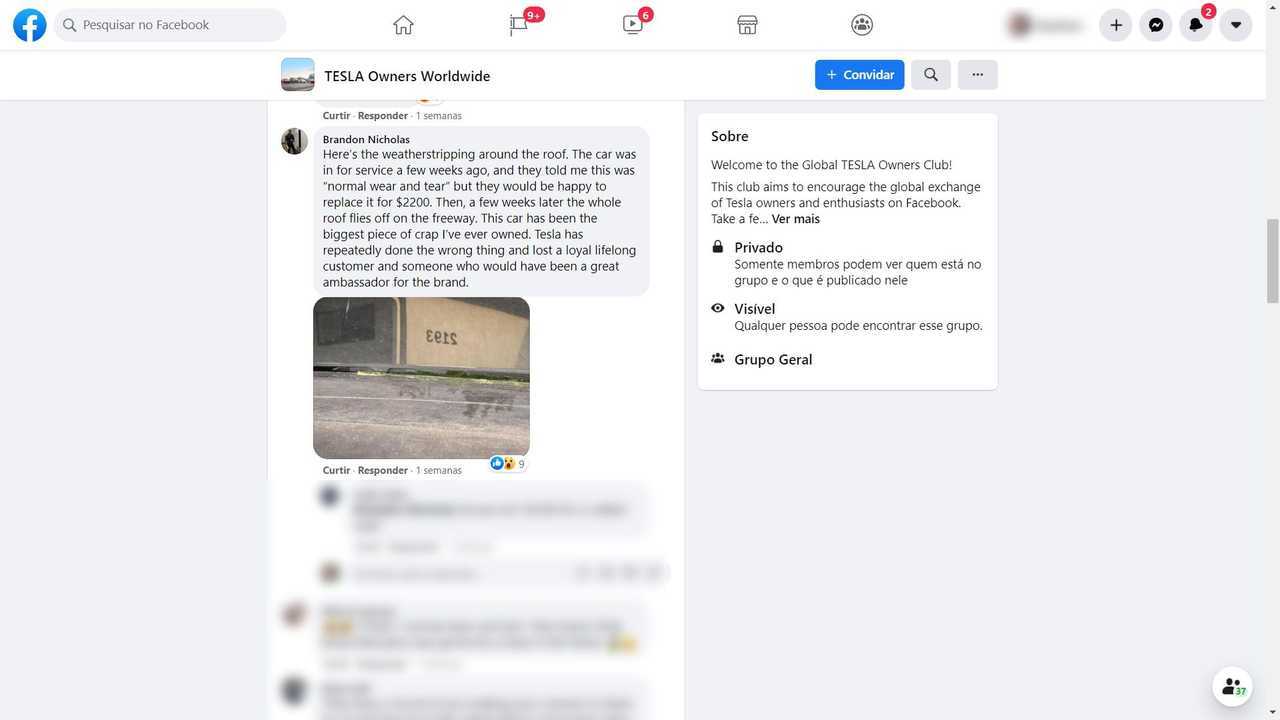 We have tried to contact Nicholas but did not hear back from him until publishing this article. The same efforts were made with the other people involved with this situation, but it was more to warn them about the story than to try to have any further details about what happened. All of them just discovered the issue when they saw the glass was missing.

The two following cases that came to our attention were published at the Tesla Model X Owners Club Facebook group. The most recent was posted by AE Palomar on August 19, as the screenshot below shows. 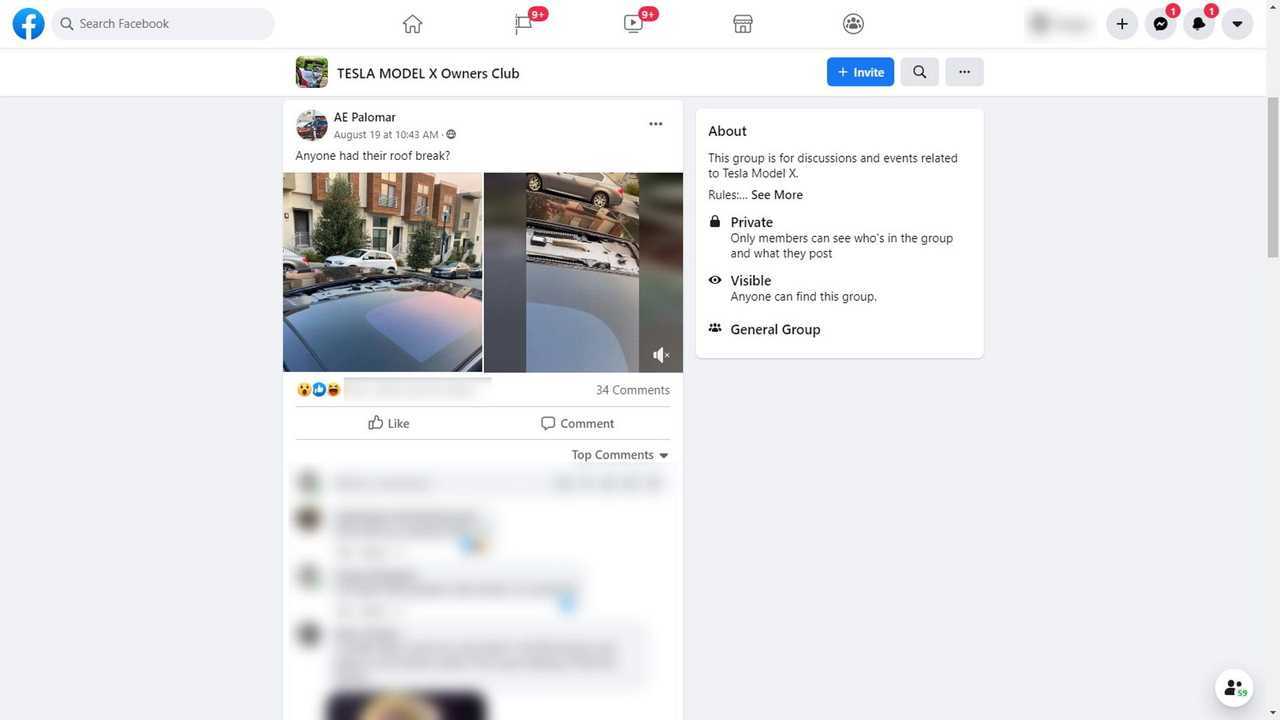 The older one came up on April 27. Phillip L Chang apparently saw the glass “smacking the windshield of the car behind” his. We have tried to contact him to confirm if that actually happened.

His case is the only one that deals with a different glass: the one between the falcon-wing doors and the windshield/ front doors. 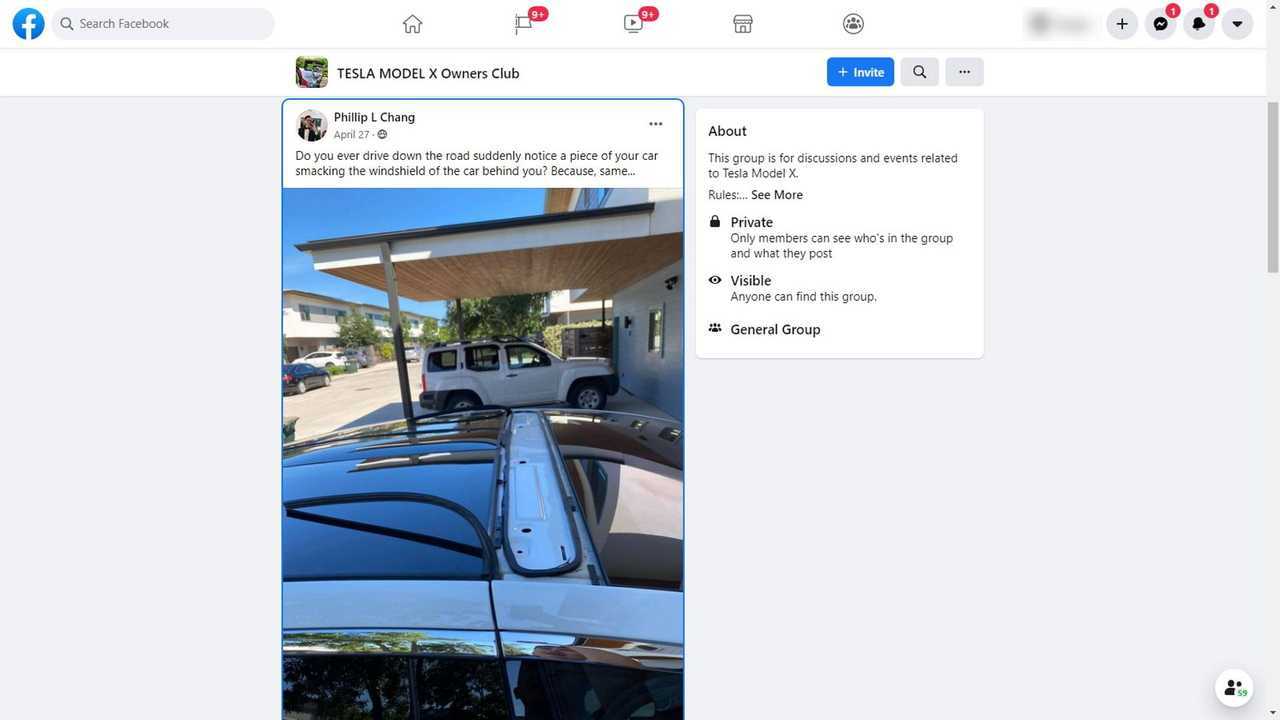 We only had access to the screenshot we share below and also to an image of one of the commenters. Mike Martin says his Model X had the same issue, but he had a better story to tell than Nicholas: his SUV was fixed under warranty. 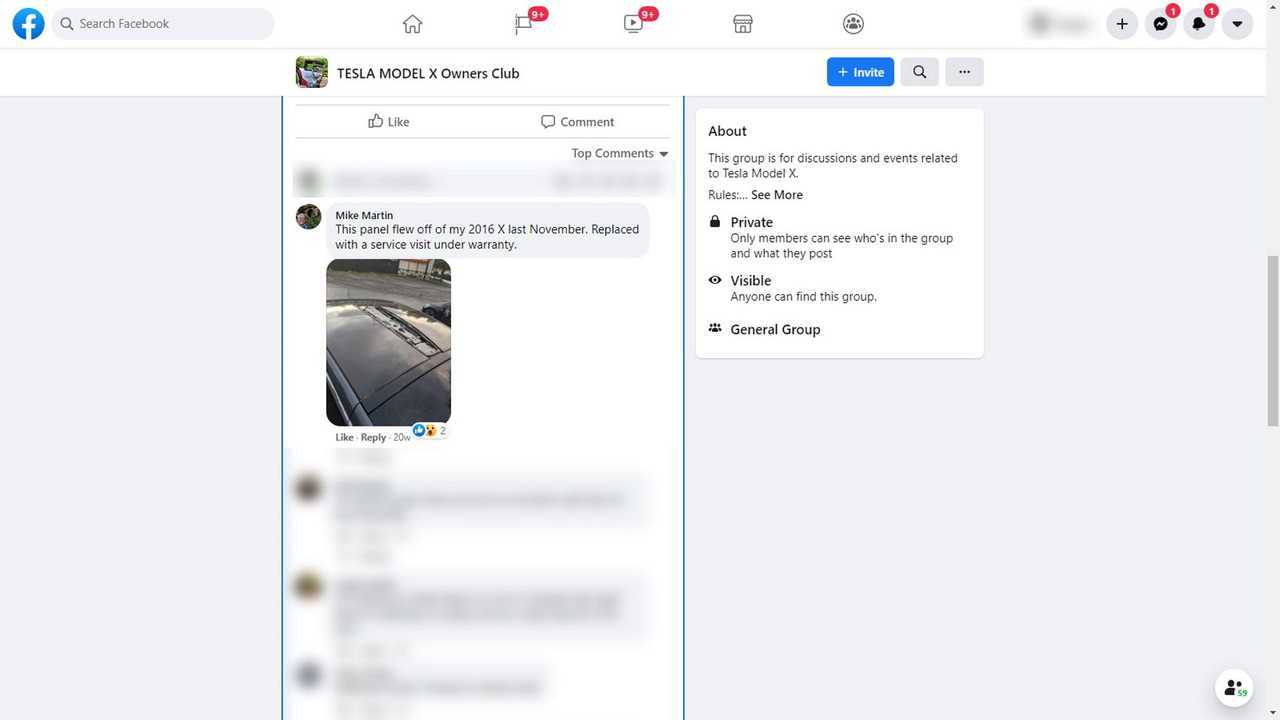 The last case is also the oldest one. It happened on June 23, 2019, and involved the Reddit user Mancisco. He says he heard something fly by his car, but that was it until the next morning when he noticed the glass between the rear doors was missing. 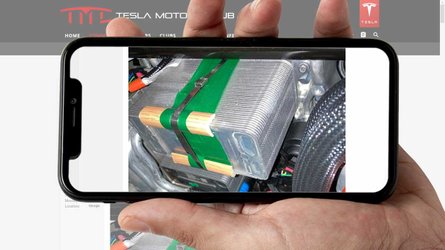 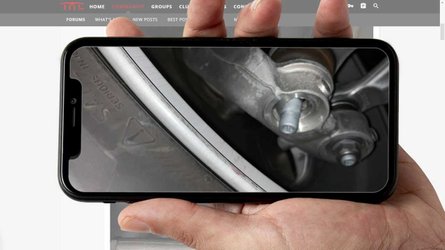 As usual, we have contacted Tesla to hear from the company about the problem and if it intends to make a voluntary recall, which would be highly appreciated by other drivers. This glass is not a light part, and it can cause dangerous damages to other vehicles and their passengers. We’ll update this article if we hear anything from the company, which we usually don’t.

If you had any similar situation with your Model X or are aware of anyone that faced it, please share that with us through contact@insideevs.com or our Facebook page. If you notice that glass is loose or with any sign of issues, have it fixed immediately: it does not seem to wait when it wants to take off.