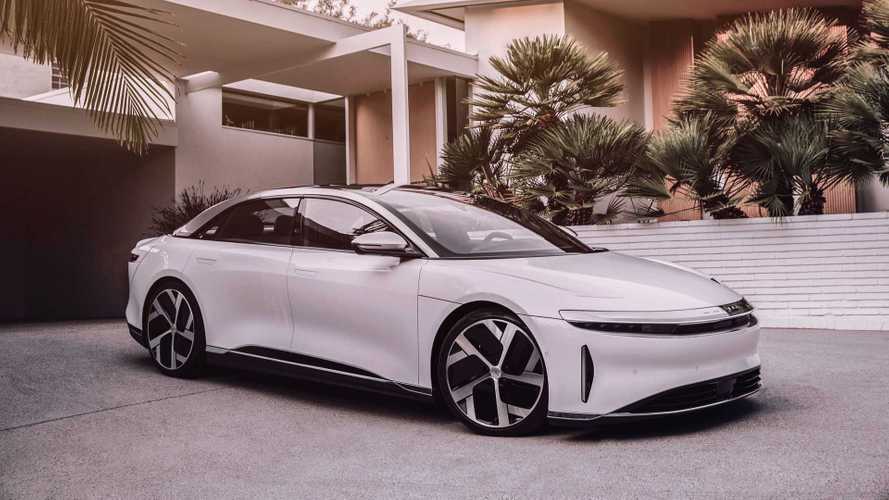 Lucid CEO Peter Rawlinson talked to Forbes' Brooke Crothers about electric vehicles in general, the Lucid Air, startup "wannabes," Tesla production hell, the Nikola Threatens To Sue Hindenburg Research For Fraud Accusations against Nikola, and Nikola's response. That's a whole lot to cover in one brief interview, but Rawlinson keeps it general and concise and stays away from finger-pointing and name-calling.

Rawlinson was previously VP of Vehicle Engineering at Tesla and Chief Engineer of the Model S. Lucid’s Vice President of Manufacturing Peter Hochholdinger was VP of Production for Tesla. So these guys definitely have some experience and insight.

When asked about Nikola, Rawlinson made it clear that he wouldn't speak about the company specifically, but instead, his general conversation would speak for itself. He talked about startup "wannabes," and said that companies that have nothing to show are doing a disservice to the industry. He shared:

“I've never seen any evidence of their battery technology. I should know. Part of my repertoire is battery engineering."

Clearly he's saying that startups like Nikola aren't good for EVs. Fisker received the same type of attention and then failed. While many people were going to bat against Tesla and claiming it was a fraud and would be bankrupt soon, it has prevailed. Tesla has never been a company grounded in vaporware. Of course, CEO Elon Musk often touts grand ideas that may never come true, but meanwhile, the automaker is cranking out electric cars, selling them across the globe, and making a profit.

After coming out of the whole Tesla situation, Rawlinson clearly knew what needed to be done to compete and to prove his company's worth. No false hope, no fake cars, no stringing people along, etc. He does still say that Lucid is nothing until it's actually producing vehicles, but he's confident it will be able to achieve. The company's reveal and marketing strategies are already a testament of what's to come.

The CEO moved on to talking about Tesla. He said it's the only car company he's aware of that experiences production hell. Putting cars into production is an automaker's job. You never really hear of Toyota or GM having production hell. He said:

“So we are planning for production cosmos where some plan for production chaos… It’s not for me to criticize Tesla. But I’m an observer of these things and I can say practically that there’s only one car company that has production hell."

While this may be true in the grand scheme of things, several automakers have had issues with the development and production of electric cars. They're a completely different breed. Tesla has issues and it only makes EVs. It comes as no surprise VW has had delays and struggles with the ID.3, Hyundai and Kia are production-constrained with EVs, and most other EVs have been delayed time and time again.

Keep in mind, many OEMs that are producing EVs are only making them in small batches, so there's no worry about dealing with a "production hell" situation. Lucid, like Tesla, is a smaller startup automaker that will only produce EVs. The company has Tesla's situation to learn from, as well as a leg up on the competition since it is being run by former Tesla leaders. We can only hope Lucid arrives sooner rather than later and can prove that there's no such thing as production hell.