Perhaps you can secure a solid deal on a CPO electric car.

Thereafter, BMW won a bid with LAPD to supply one hundred BMW i3s each year for three years starting in 2016. Fitted to the i3s were the base 22kWh battery pack, the Deka World interior package, and the standard 19" aluminum wheels. The 22kWh battery pack provided 81 miles on a single charge; nevertheless, none of the models included the optional gasoline range extender. If you are an i3 enthusiast, you may note that the 22kWh i3 was not available in 2018, and that's correct; LAPD postponed the delivery of the 2018 i3s.

Editor's Note: Andrew Lambrecht is a high school senior who runs an electric cars news website (thecurrentreview.com). He has always been very interested in electric cars, and since he will be applying to colleges soon, electrical and environmental engineering are on his mind. Congrats to Andrew for the nice website and hard work.

Despite Mayor Garcetti and Chief Beck's enthusiasm, the program was not exactly a success. The elephant in the room was the cost, which included charging stations, amassed to a staggering $10,267,699. Moreover, most of LA's finest i3s accumulated under 20,000 miles due to the "administrative" title placed on the cars. Namely, the i3s were not suited for patrolling.

Furthermore, CBS Los Angeles reported some i3s that accumulated just several hundred miles making the whole proposition look more ineffective. If LAPD had around a dozen of these vehicles, the story probably would never have been brought to light, but LAPD had 200, $45,000 electric cars sitting in a parking garage collecting dust.

So, where are these carbon fiber monocoques now?

New Century BMW, the dealer that handled the leases initially, is currently selling them as CPO models. Interestingly, the front plates on the i3s in the LAPD parking garage are from Century BMW, proving the conclusion. Additionally, all the Capparis White i3s with Deka World interiors and 19-inch aluminum wheels for sale on Century's website have their Carfaxes listed as "government vehicle."

Unfortunately for the county of Los Angeles, these i3s took a severe blow in their value. All of LAPD's i3s for sale are under $20,000, even those with four-digit mileages. This is a significant disparity from their original starting price of $43,395. There are 23 LAPD i3s for sale on its website now. 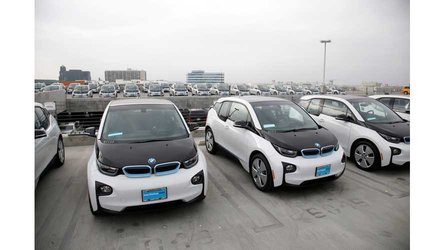 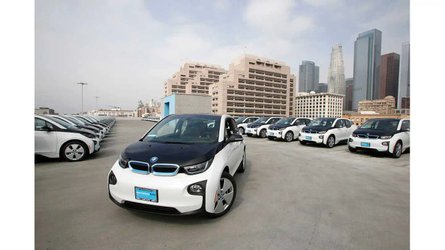 To the consumer, this is a bargain. Unlike most EVs, BMW does not transfer the battery or basic warranty to the subsequent purchaser. The warranty is only transferrable on certified pre-owned models. Fortunately, all twenty-three i3s currently up for sale are certified pre-owned. So expect the remainder of the four year/50,000-mile warranty, a one year / unlimited-mile after the basic expires, and an eight-year/100,000-mile battery warranty (from the date of purchase). A 2017 i3 would have two more years under the basic warranty, and five under the battery warranty, provided the vehicle purchase date was in 2017. Let it be said that none of the i3s have the all-important Technology Package or Parking Package.

On the other hand, some are priced around $15,000, unbeatable for an under warranty, lightly-driven electric car. The only issue that one may see is that some of these i3s were sitting, presumably for prolonged periods. We do not know the charging intervals in which these vehicles partook, so it's hard to tell if they have been appropriately cared for. The reassurance for this is that the cars are covered under the battery warranty. In short, if you are in the market for a fun daily driver that requires virtually zero maintenance, one of these may be for you!

By: Andrew Lambrecht
++
Got a tip for us? Email: tips@insideevs.com