First orders are coming in.

The orders come just after closing the new $70 million financing deal and deliveries of the first units.

20 C1000 might not sound like a lot, but at least it's not another non-binding letter of intent. We guess that now Workhorse is racing against time to scale up production and sales before the big players join the game.

We don't know much about eTrucks, but it seems that the company intends to offer the EVs to fleets.

"eTrucks plans to function as a vehicle buyer and reseller and will be offering fleet funding programs and services tailored for different business needs. The company also aims to provide flexible financing options for its customers, including owned or leased programs. Its primary target market will be the small-to-medium sized business (SMB) fleet operators in the Ohio area with plans for regional and even national expansion in the near future." 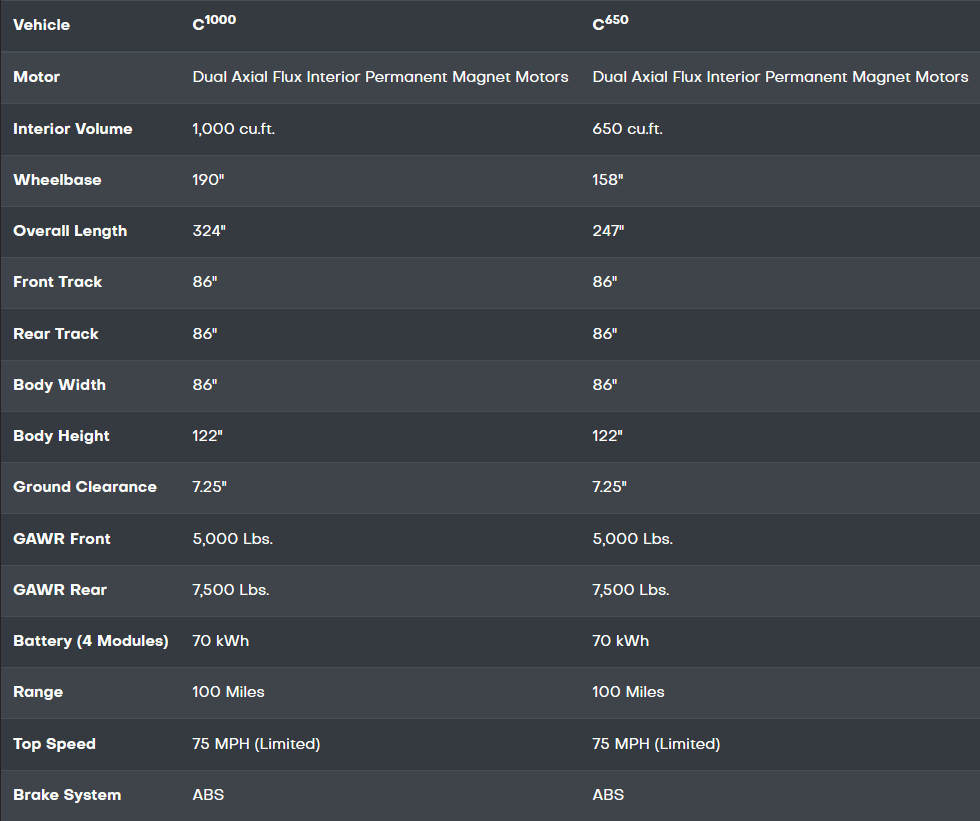 The current spec, attached above, is for a 70 kWh battery pack, although in the past the company said that there will be available versions from 35 kWh to 105 kWh:

The $40,000 Ford F-150 Lightning Base Model Is A Crazy Bargain, But Why?
The Ducati MG-20 Is An Electric Folding Bike That Packs Quite A Punch
First Rivian R1S Reviews: A Great Vehicle For Family Road Trips
New Study: Changes In Driver Behavior Related To Tesla, Other EVs