But the revenues from regulatory credits were almost three times higher.

Tesla's Q2 2020 financial results were surprisingly positive and the company noted not only a strong $6.036 million in revenues but also $104 million of net income (GAAP).

Since it was the fourth consecutive quarter of net income, we can safely say that the company was profitable for the past 12 months. This is the first time this has happened for Tesla.

The other positive news is that the cash and cash equivalent is $8.6 billion, which should last for quite some time, even if there would be a weaker year or two ahead.

Is the company really profitable though? As we can see in the report, a noticeable part of revenues come from regulatory credits: 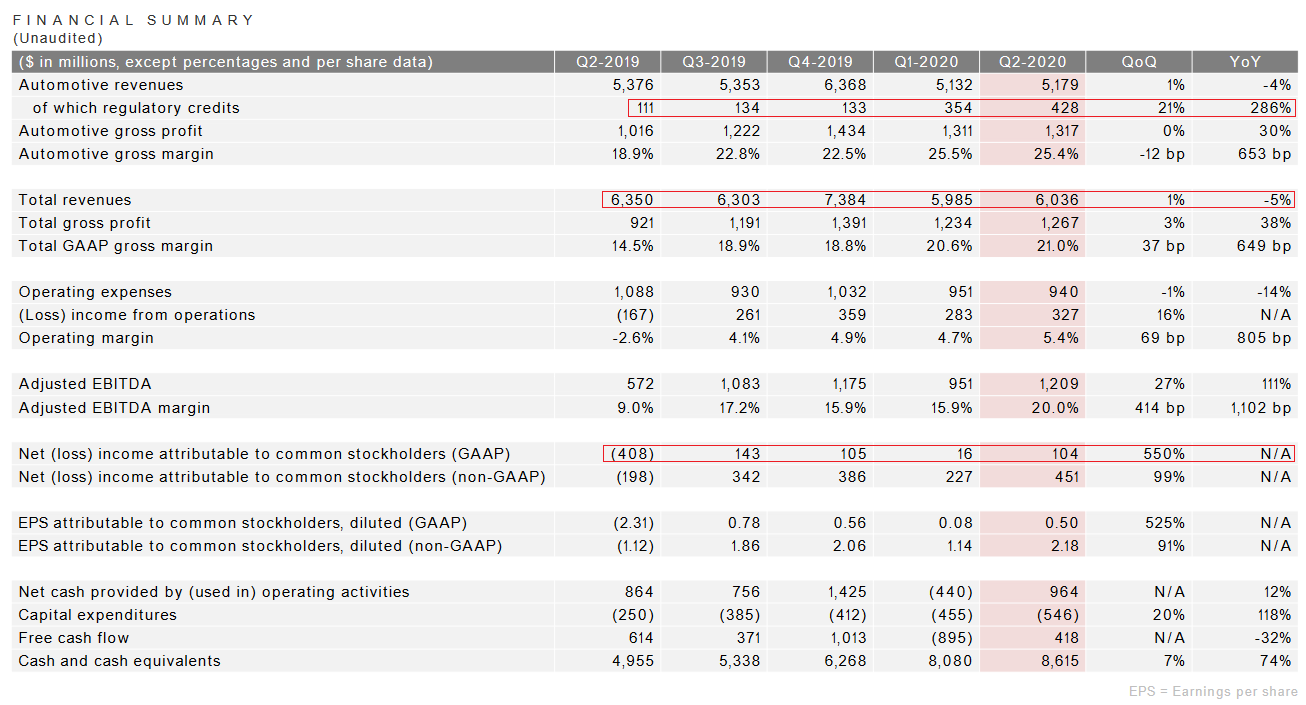 The conclusion from this table is that costs are higher than revenues (besides Q3 2019 when the difference was positive $9 million) and the only way to show a profit is with sales of regulatory credits. In Q1 and Q2 of 2020, Tesla had to sell close to $800 million in credits and that's a lot.

Tesla's strategy is of course smart, much better than selling the regulatory credits right away in previous periods and not being able to show consistent net income today.

The question is whether Tesla will be able to increase its volume and margins to the level at which regulatory credits will not be required? We assume that there is a chance in the not too far off future.