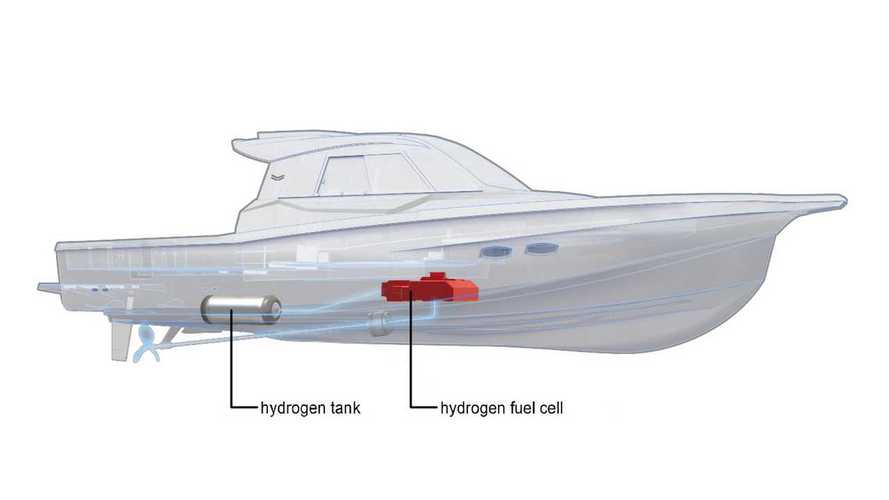 The boat will have fuel cells and hydrogen tanks supplied by Toyota.

While electric cars increase their market share regularly, we can’t say the same about FCEVs. Their use depends on a hydrogen network, which is not created because there is not enough demand for that. This is not something that affects boats. They can easily have hydrogen pumps in the marina where they are moored. That is probably what Yanmar though when it decided to create its fuel cell boat with the help of the Toyota Mirai.

According to the press release, Yanmar has signed a memorandum of understanding with Toyota Motor Corporation to develop a fuel cell for maritime use. That new fuel cell will be based on the hydrogen fuel cell system used in the Mirai. We wonder which would be the specific needs for such a fuel cell to be suitable for boats. Considering how severe are the demands for automotive application, we do not think the changes would have to be extensive.

As we said many times, fuel cells make total sense for bigger vehicles such as heavy trucks, trains, and boats. The Yanmar prototype is a good example: it can have multiple hydrogen tanks, and they would not impair its load capacity as much as batteries would. These tanks will also come from the Mirai, according to the press release.

When it comes to passenger cars, the lack of hydrogen pumps is just one of the issues for the use of fuel cells in them. Most hydrogen also comes from natural gas. To avoid that, Nikola Motor Company decided to generate its hydrogen with alkaline electrolyzers powered by solar or wind power plants.

When it comes to boats, they could use a similar solution in each marina. A small alkaline electrolyzer could even use the sea, river, or lake water to generate the necessary hydrogen to power these fuel cell boats.

The Japanese boat company expects to present a prototype by the end of 2020. If Yanmar and Toyota decide to go ahead with the idea, it is not unlikely that Mirai-powered boats will be able to run further than all Mirai units sold so far. At least, while a hydrogen refueling network is not fully established.

With the International Maritime Organization announcing a strategy to reduce greenhouse gas (GHG) emissions to zero by the end of this century, marine environmental regulations have been tightened worldwide and the implementation of emission control areas has begun to have an effect on ship operations. To date, Yanmar has successfully addressed the various regional demands for emission control regulations by developing dual-fuel engines*1 and ever cleaner diesel engine technologies. The next challenge is to develop non-fossil fuel powertrains.