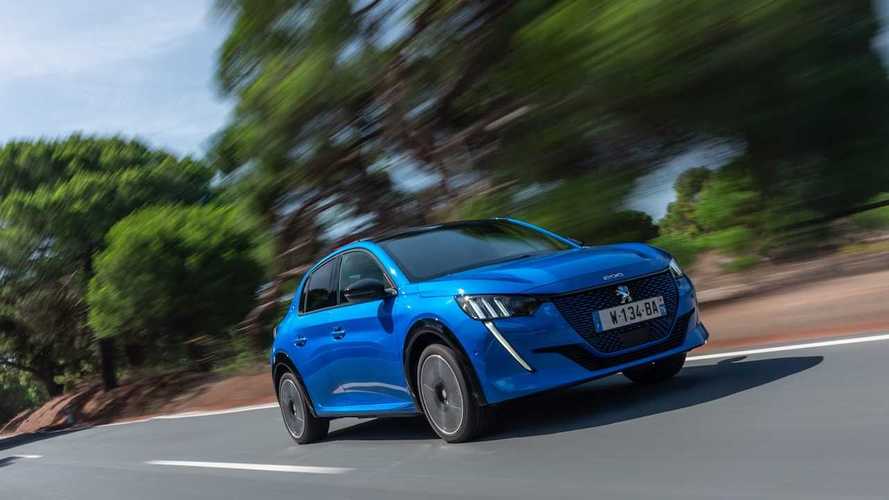 Historically, EVs don't sell well in January, so this is a really big deal.

January sales are out for the Italian car market, and electric cars are up by nearly 600% (!) over the same month last year. 1943 BEVs were sold in the country, an epic surge over last year’s 283 units during the same period. Surprised? 2020 was awaited with great anticipation in the EV community, with many new electric models entering the market and stricter emission regulations by the European Union forcing automakers to sell cleaner cars. A surge in popularity for EVs was expected, but the first month of the new year goes beyond expectations.

There are some aspects in this early data that should be taken into account before analysing further – and jumping to wild annual predictions. As we saw in a recent article, last year saw triple-digit growth for full electric mobility over the previous twelve months, but it was also a slow start. EV incentives in Italy didn’t kick in until March 2019, which all but paused the market during winter months. Further, with EU emissions regulations only now coming into force, many automakers waited for the new year before pushing existing and new electric models to customers.

All this certainly explains such an exuberant start of the year, in an otherwise slowing car market: BEVs this month accounted for a whole 1.2% of all car sales – a new record – while the overall market was down 5.8% year over year, to just over 156,000 cars sold in the month compared to almost 166,000 in January 2019. PHEVs sold well at 1,341 units (0.9% market share), up from 355 a year ago, but they are not receiving the love car companies would hope for. The biggest losers, predictably, were diesel models which saw a sales drop of over 23% from the same month last year, but still account for a third of all new car sales.

The Renault Zoe starts off ahead of its competition with 411 units, after losing the 2019 EV crown to the Smart ForTwo just a few weeks ago. The new 52 kWh battery model is clearly hitting the right spot for pricing and specs and is being rewarded accordingly. It is the rest of the podium, however, that’s the most interesting news. Second in the monthly ranking comes the brand new Peugeot e-208, at its first month of sales, a strong showing that might lead to a year-long battle with its French cousin. Third place for the small VW e-up!, now equipped with a substantially improved battery pack and priced aggressively. It’s no surprise to see it compete with the Smart ForTwo (fourth place this month) for podium positions, but we might soon see more competition from its own siblings – the Seat Mii electric and Skoda Citigoe iV – as they make their sales debut in the coming weeks.

Interesting numbers come from the Kona EV, whose 149 units sold this month show promise, following an underwhelming 2019 with only 470 units sold in the whole year and way below its potential (an obvious consequence of limited production). Is Hyundai finally ready to open the EV floodgates? Further down the Top 10 list, it is worth mentioning another good market debut, that of the DS 3 Crossback E-Tense, compact crossover based on the same platform as the two more traditional hatchbacks Peugeot e-208 and Opel Corsa-e. The latter hasn’t made its mark yet, but is well-positioned to compete with Zoe and e-208 soon. A final note goes for Nissan Leaf and Tesla Model 3, off to a slow start of the year after reaching 4th and 3rd spot respectively in 2019 sales. This is probably due to post-quarter-end dynamics and we would expect them to show better figures as soon as next month.

The Italian car market is seemingly intensifying the trend of the past three years. With an ever wider choice of EV models, and carmakers willing to sell them, 2020 is really off to a great start, and the coming months will likely consolidate the surge of popularity of fully electric cars. It will be a tight race for the top spots, but one thing is certain: this nation’s market will be dominated by compact cars, and we are unlikely to see any luxury models contributing the same way they do in wealthier northern European markets. Tesla Model 3 could end up being the only exception to the rule in Italy’s Top 10 from now on.