We Take A Closer Look At The Mercedes-Benz EQS Prototype 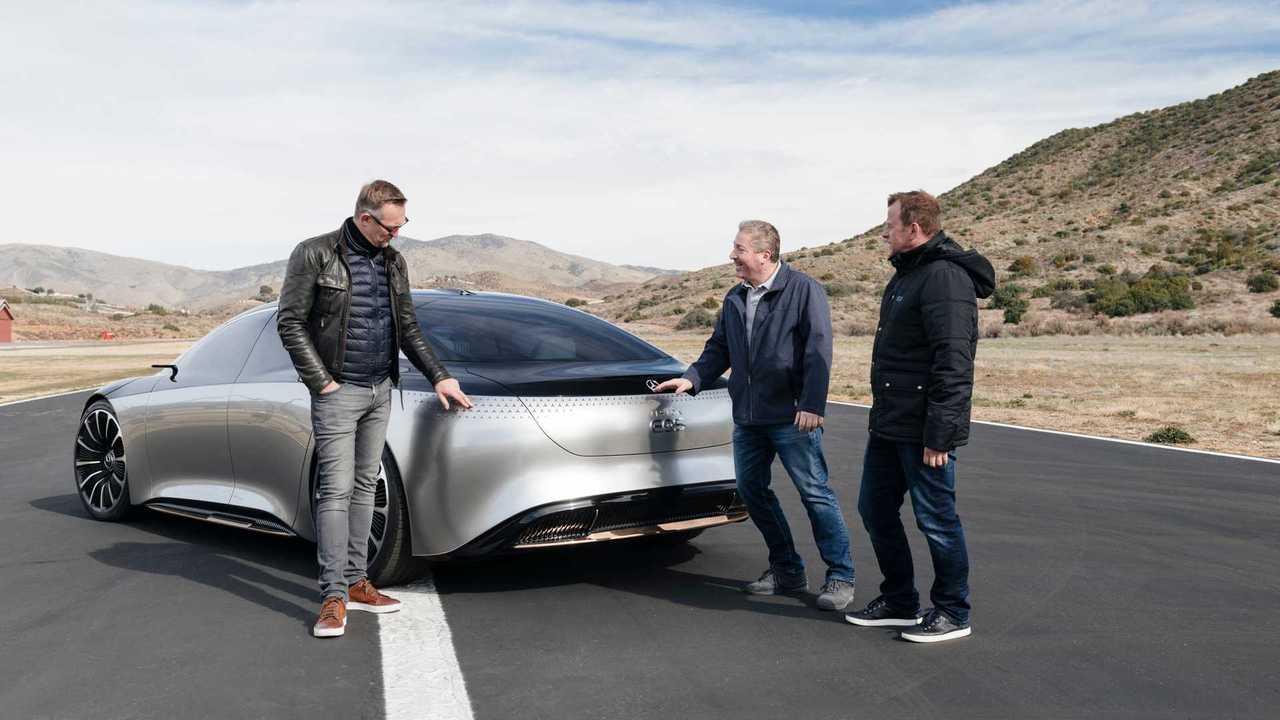 It’s still camouflaged, but it’s the best look at what the series EQS will be like

The automaker previewed the EQS with the EQS Vision concept, and the promise is that the production version will maintain a lot of the study’s design. Well, now Mercedes has published a series of photos showing the concept and a camouflaged prototype side by side, so we can kind of make out how it will be different.

Firstly, the aggressive curve and taper of the EQS Vision’s belt line appear to have been toned down. The production EQS will still be an elongated and curvaceous shape, but it probably won’t be as extreme as the concept. The production prototype’s greenhouse also appears taller, as do the side windows.

The wheels also look considerably smaller than the concept’s, and as a result, they don’t appear to be pushed quite as far towards the corners of the car. Mercedes fitted the EQS Vision with cameras instead of rear-view mirrors, but these have been ditched for production (even though you can get them on a Honda these days).

Even so, when our own Tom Moloughney drove the prototype last week, he chatted to Mercedes’ chief designer who assured him the production EQS will stay true to the shape of the Vision.

The camouflaged vehicle you see in these photos has additional plastic panels placed atop its body, in order not to give away its exact shape. These, plus the psychedelic camouflage do a great job of hiding the intricacies of its design, so some of our predictions could prove wrong.

Mercedes has always taken a lot of pride in its S-Class model, and it has always strived to make it the best vehicle in its class. The same commitment has been applied to the EQS, its future EV range topper, so we’re pretty sure it’s going to come out right. The only real question for many people is in regards to the production EQS’ range.

If it retains the 100+ kWh battery pack from the Vision, then it could come close to the concept’s WLTP range of 435 miles. Right now, the only member of the EQ model family that you can already buy, the EQC, has a claimed WLTP range of 259 miles courtesy of an 85 kWh battery.