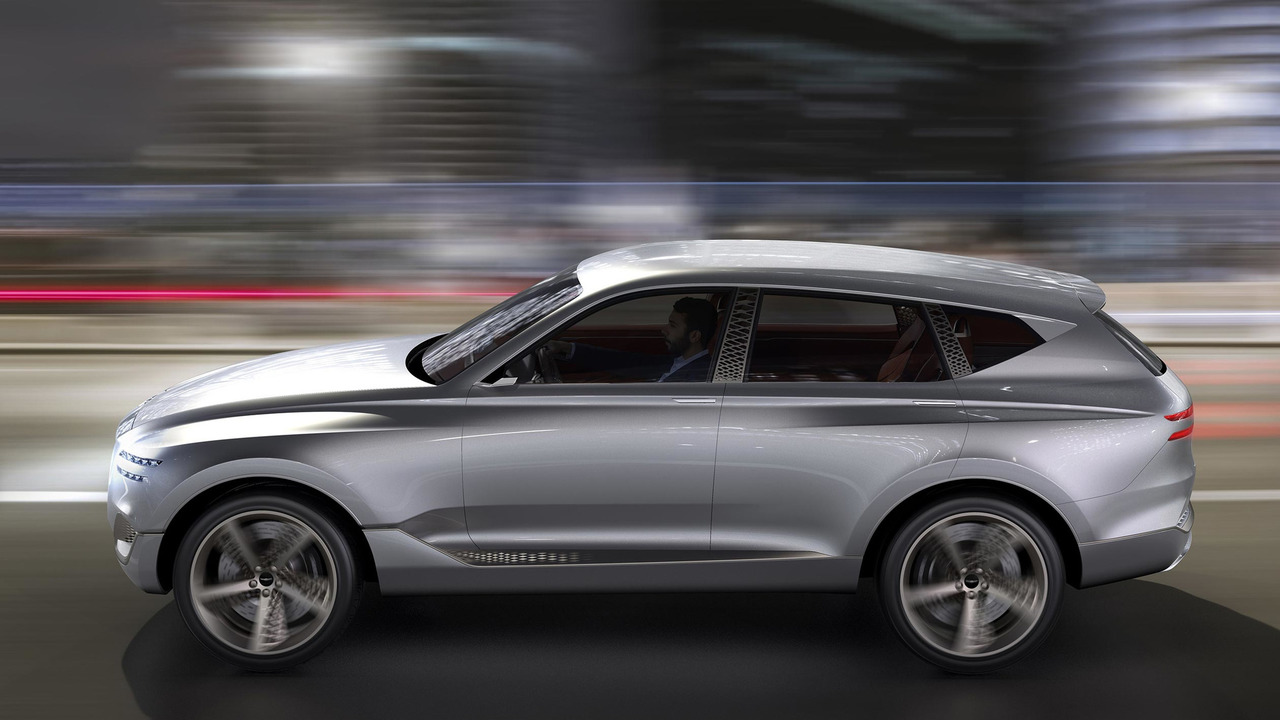 Genesis has the potential to make substantial waves into the future.

If Hyundai can stick to its plans and capitalize on well-priced, safe, feature-filled electric vehicles into the future, it has the potential to become a major player in the segment. What's better than a fully electric midsize SUV to move the segment forward?

Genesis – Hyundai's relatively new luxury division – essentially came out of nowhere and took the automotive industry to another level. We're talking about a high-end luxury brand with a small lineup of award-winning cars that offer the utmost safety, a multitude of standard features, and stellar performance, all at reasonable prices.

Genesis Wants A FCEV, SUVs And BEVs To Chase Tesla

Genesis only offers three vehicles today, and all of them are sedans: the G70, G80, and G90. While all have proven to be exceptional vehicles overall, people in the States just aren't buying sedans like they used to. It only makes sense that Genesis has plans to double its lineup inside of the next two years by adding three new SUVs.

The more exciting news here is that of those three Genesis SUVs, one will be all-electric. Genesis already revealed one of the three SUVs, the GV80 (shown above in concept form). The automaker's GV70 crossover is also set to arrive this year. Interestingly, global chief of Genesis William Lee told MotorTrend that the third offering will be an electric vehicle. He also said it will be on an all-new platform and potentially midsized.

Hyundai has already proven that it can make a compelling electric vehicle with a competitive range: the Hyundai Kona Electric. However, it's not widely available, at least in the States. Still, if you look at all other automakers that are competing with Tesla, the Hyundai Kona is about as real as it gets in terms of range, pricing, and standard features.

It will prove quite interesting to see what Genesis does here in terms of how and when it moves forward, official range, pricing, availability, etc.

Editor's note: The lead image above is a GV80 concept. It's not the potential pure electric SUV, since Genesis hasn't released any images of that vehicle.